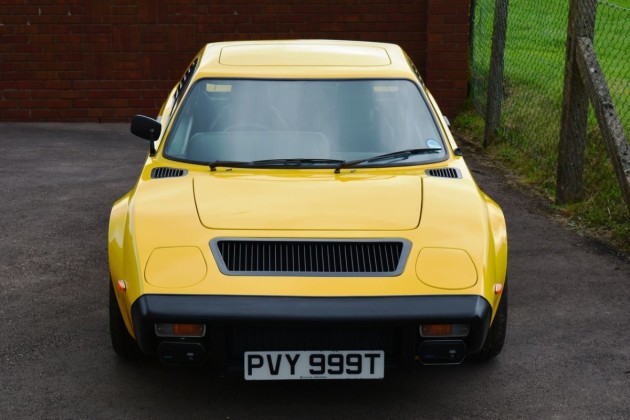 One of the oldest independent car makers in British history, AC Cars can trace its roots right back to 1903 when they presented their first motorcar at the Crystal Palace motor show.
Up to the First World War, they were best known for producing 3-wheeler delivery vehicles under the Auto Carriers name although a range of sporting 4-wheel cars was also offered. However, the real glory days of the firm were during the 1960s when they offered fabulous machines like the Ace, the Aceca, the 428 and, of course, the immortal Cobra.
The dramatic 3000ME was first shown in 1973 but did not actually go on sale until 1979. It was based on a design developed by Lola engineers Peter Bohanna and Robin Stables while working after hours in the Lola drawing office. With lightweight GRP bodywork, chunky Wolfrace alloy wheels and aggressive wedge styling, it looked sensational and a mid-mounted Ford 3-litre V6 (ME refers to Mid-Engine) mated to a 5-speed Hewland gearbox gave it the go to match the show with a 0 - 60 time of 8.5 seconds and a top speed of 120mph. Ride and handling were also excellent thanks to precise rack-and-pinion steering, all-round disc brakes and four-wheel independent suspension with anti-squat and anti-dive geometry. 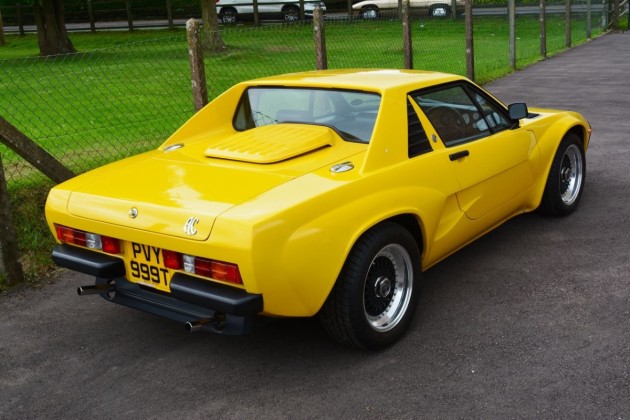 Offering an intoxicating blend of Italian style, supercar looks and thrilling performance, it looked set to be another winner but sadly this was not to be. The combination of a worldwide recession and the poor health of company owner Derek Hurlock meant that AC went bust in 1985 after just 106 examples had been made, the first 76 built by AC Cars in Thames Ditton, the last 30 by AC Scotland in Hillingdon near Glasgow where production had moved in 1984 after the Thames Ditton factory had closed down.
First registered in March 1979, this remarkable car is chassis number 112 which makes it only the 7th car built at the Thames Ditton works (chassis numbers start at 104 but 105 and 107 were never used). It has had only three owners from new and has been in the current ownership since 1985. When the vendor acquired the car it had been damaged at the front after the previous owner foolishly let his son take it out for a spin, photos on file showing the extent of the damage which was not too serious. 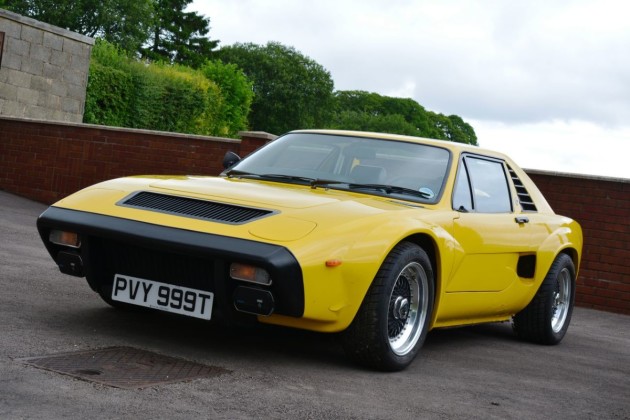 A gifted draughtsman, engineer and machinist with a fascination for all things mechanical, the vendor took the excuse of repairing the damage to get to know the car inside out. Over the next 20 years, he painstakingly dismantled every last nut and bolt, making copious highly detailed drawings showing precisely how the car was constructed. An astonishing feat of forensic analysis, the resultant file is a work of art in its own right and deserves to be more widely published as it will no doubt prove of lasting interest to AC owners everywhere.
During the lengthy process of reconstruction, the vendor took every opportunity to improve the car wherever he saw fit, a vast file of invoices detailing the huge number of parts that were replaced or remanufactured to his own exacting standards, many parts being supplied by AC themselves. In the limited space available here we can do no more than scratch the surface of the extent of the works carried out and interested parties are advised to set aside at least an hour or two if they wish to comb through the file and learn exactly what has been done to the car.
Highlights include fully rebuilt, balanced, lightened and uprated engine with many performance parts including Piper Blueprint 270 cam; Burton Power roller rocker kit; Tuftrided crankshaft; big valve head; Aldon distributor; Weber 40DFi carburettor; electronic ignition; uprated fuel pump and oil cooler; high torque starter motor; HyVo chain conversion (superior to the standard Reynold triplex chain); fully rebuilt gearbox including all linkages etc; custom stainless steel exhaust and manifolds. 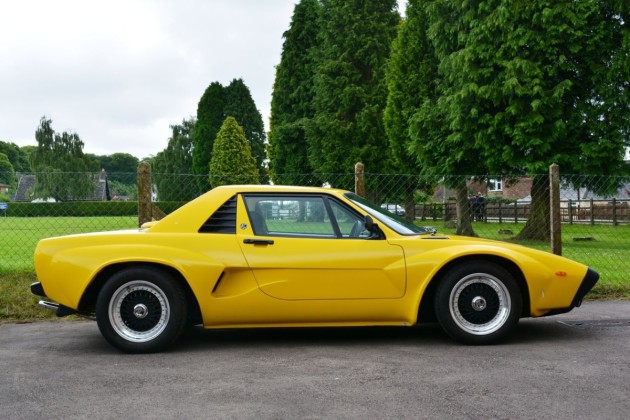 Naturally the chassis and Canary Yellow bodywork were also fully restored along with: all new suspension including Spax adjustable shocks all round; all new brakes with Goodridge stainless steel braided hoses etc; custom-made radiator; stainless steel fuel tank; Samco silicone hoses; virtually every nut, bolt, washer, hinge and bracket replaced in stainless steel; many parts chromed, polished or powder coated; heated front windscreen; bespoke burr elm veneer dashboard; detachable steering wheel; bespoke AC gear knobs and alloy wheel centre caps – we could go on but you get the picture!
Finally finished, MOT tested and back on the road in August 2006, the vendor then enjoyed the car for two years before being cruelly struck down by an illness from which he never recovered. The car is still only showing some 15,040 miles on the clock which is almost certainly genuine, although it has covered fewer than 200 miles since the rebuild and will need to be treated gently until it is properly run-in.
On offer here from a deceased estate, the AC has been sitting unused and in storage since 2008 and although the rest of the car appears to be in fine condition throughout, the paintwork has deteriorated somewhat here and there and it would ideally benefit from a respray to bring it up to show standard.
Fitted with a new battery and some fresh fuel when recovered from storage by our staff, it was soon coaxed into life and sounded wonderful as we moved it around for these photos before being driven onto a transporter. Naturally, it will require some further recommissioning before being used in anger.
Supplied with the aforementioned history file, it also comes with a large amount of technical literature relating to the model including period road tests and an original owner’s handbook plus a box of useful spares and a spare windscreen.
Exceedingly rare and brutishly handsome, this astonishing car is worthy of the closest inspection to fully appreciate its many qualities. A fitting testament to the passion and skill of its long-term owner/restorer, it looks excellent value at the modest guide price suggested.
PS: The original Wolfrace wheels have now been located and are included in the sale. 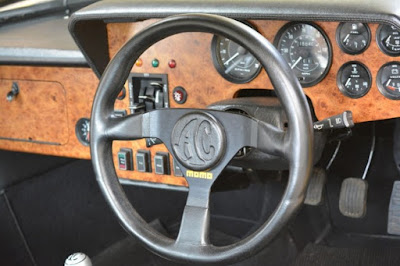 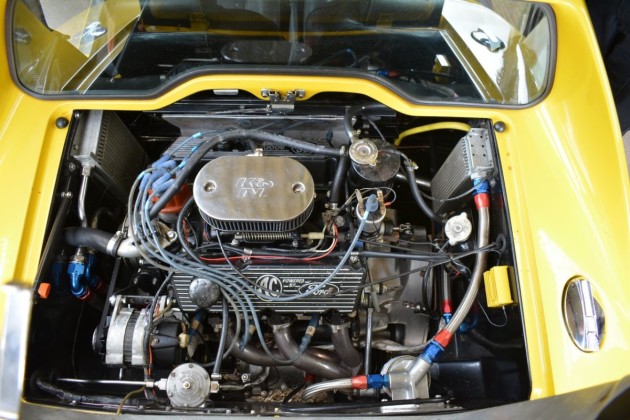