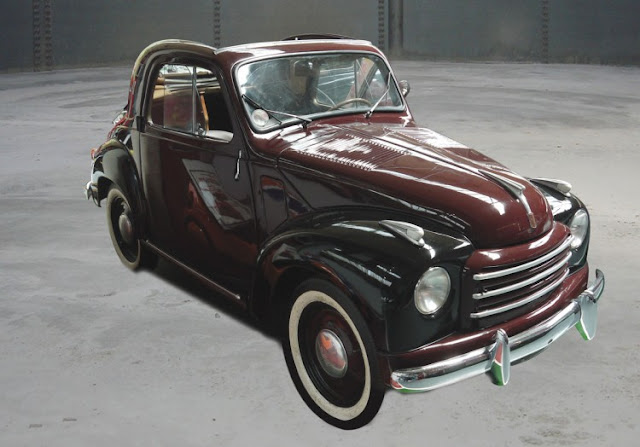 Better equipped than many cars twice its size, the FIAT 500 – soon nicknamed ‘Topolino’ (mouse) – brought a degree of refinement hitherto unknown to small cars when launched in 1936. Lockheed hydraulic brakes, independent front suspension and 12-volt electrics were all features while an engine mounted ahead of the front axle helped maximise cabin space for the two occupants. The 569cc, four-cylinder, side valve motor produced a modest 13bhp but as the Topolino weighed little more than half a tonne it could nevertheless manage a respectable 50mph-plus under favourable conditions. For most buyers though, the frugal (up-to-50mpg) fuel consumption would have been a major attraction. Introduced in 1946, the 500B featured a more powerful (16.5bhp) overhead-valve engine that would be carried over to the Topolino’s final incarnation – the restyled 500C of 1949, which was the first FIAT model to offer a heating/demisting system as standard. At the same time as the 500B was introduced, a Giardiniera station waggon (also known as the Belvedere) was added to the range, offering four-seat accommodation as well as increased luggage space. Equipped with the superior overhead-valve engine, these later Topolinos were genuine 60mph cars, though no less economical than their predecessors.
Testing a FIAT 500C in June 1951, The Autocar magazine reported that, ‘The latest FIAT 500 is compact, economical, easy to park and easy to maintain. It has a surprising carrying capacity. It is a thoroughly roadworthy small car with a performance adequate for the needs of very many people, and when enterprisingly driven can hold its own with more powerful cars even over indifferent surfaces,’ all of which remains thoroughly commendable today.
This highly original example of the Topolino Transformable is finished in red autumn brown over charcoal and has come from a significant Italian collection. Reported to drive very well, and work as it should this charming and iconic little Italian automobile is a guaranteed head-turner at any gathering of classic motor cars, offered with Italian registration papers. 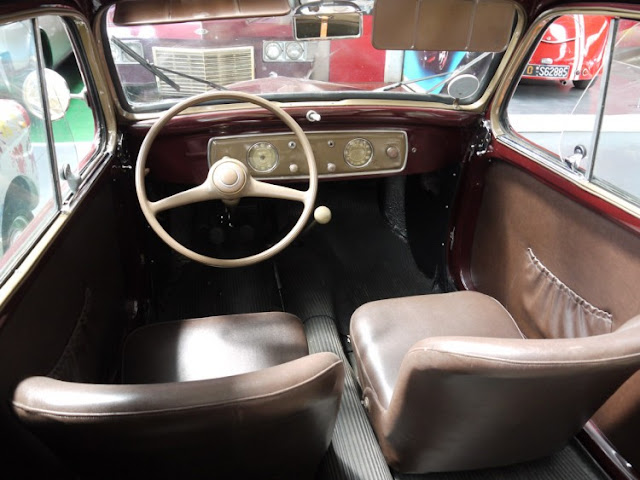