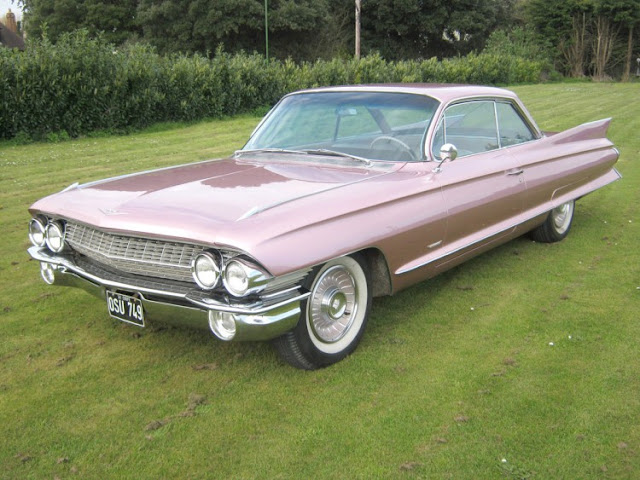 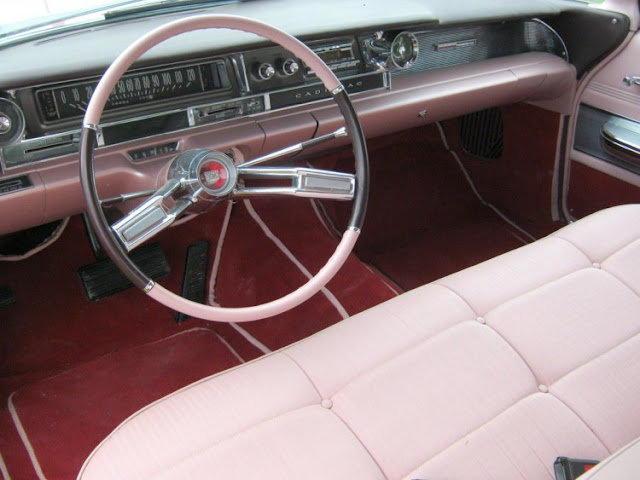 The first Cadillac “Coupe de Ville” was shown during the 1949 Motorama. It was built on a Cadillac Sixty Special chassis and featured a dummy air-scoop, chrome trim around front wheel openings, and a one-piece windshield and rear glass. The interior was black and trimmed in grey leather, including the headliner, to match the roof colour.
The Cadillac was restyled for the second time and re-engineered for 1961. The new grille slanted back towards both the bumper and the hood lip and sat between dual headlamps. New forward slanting front pillars with non-wraparound windshield glass were seen. The revised backlight treatment had crisp angular lines with thin pillars on some models and heavier semi-blind quarter roof posts on others. De Ville models featured front series designation scripts and a lower body “skeg” trimmed with a thin, three-quarter-length spear moulding running from behind the front wheel opening to the rear of the car. Standard equipment included power brakes, power steering, automatic transmission, dual backup lights, windshield washer, dual speed wipers, wheel discs, plain fender skirts, outside rearview mirror, vanity mirror, oil filter, power windows and 2-way power seats. Rubberized front and rear coil springs replaced the trouble-prone air suspension system. Four-barrel induction systems were now the sole power choice and dual exhaust was no longer available. 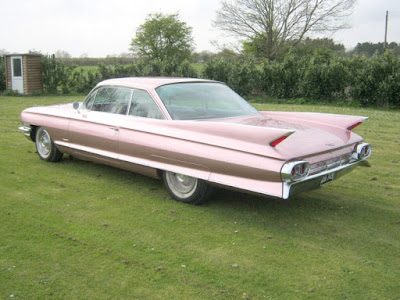 The Cadillac offered here is a two door model finished in the original colour of Fontana Rose (code 48). This car was imported from the USA in 1989 when it was registered with a UK V5C. It benefits from a host of features including power steering, electric windows, original radio and whitewall tyres. We are told that the 6.2 litre V8 starts well and pulls smoothly on her automatic transmission, making her a joy to drive. This car represents a great opportunity to own a true American classic in time for the summer. 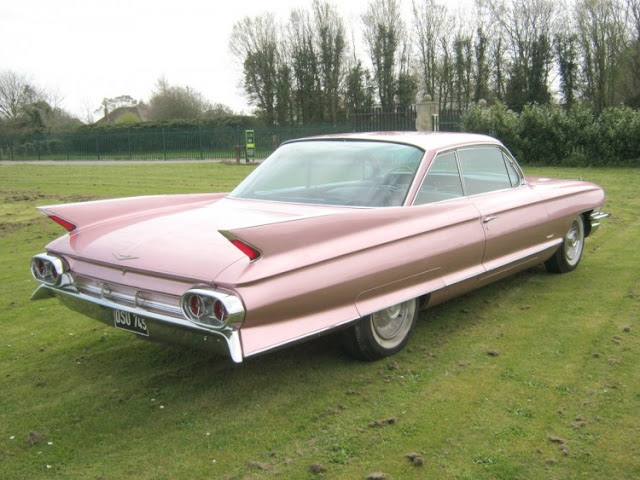