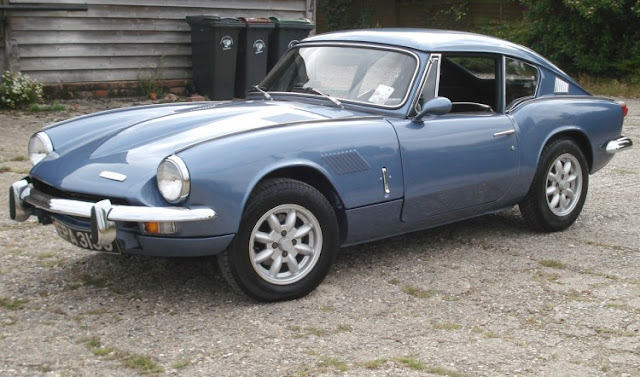 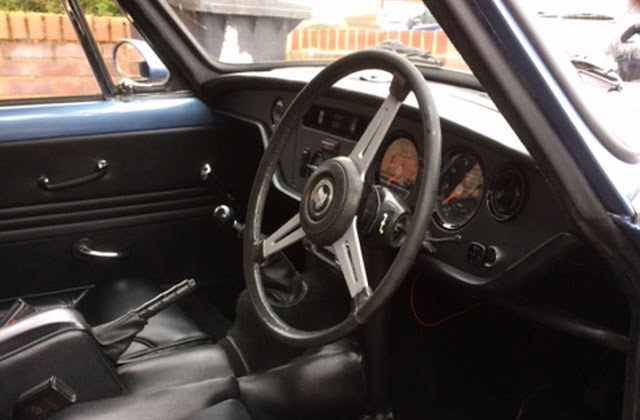 Known as the poor man’s ‘E’ Type, the GT6 is a 6-cylinder sports coupé build by Standard-Triumph. It was based on their popular Triumph Spirtfire convertible with a new GT style body designed by Giovanni Michelotti, with production running from 1966 to 1973.The MKI received only one major criticism, it’s use of swing-axle rear suspension that it inherited from the Spitfire, which in turn was copied from the Herald small saloon.In response the MKII was unveiled with significantly re-engineered rear suspension, using reversed lower wishbones and rotoflex driveshaft couplings, taming the handling and turning the Triumph into an MGB beater. The 2 litre engine was also up rated to 104bhp and together with other minor refinements enabled Triumph to advertise in 1969 – “New GT6 MKII – more sting in the engine, more cling in the tail”
This Triumph GT6 MKII was manufactured on 3rd June 1970 and despatched to Puttocks Ltd. of Guildford, Surrey on 30th September 1970 who registered the car to its first owner on 26th October that year. Sold in 1989 and progressively restored, the MKII is painted blue and for sale with a current MOT valid until March 2018 with no advisories and a UK V5 document. A wonderful British Sportscar which still provides great sporty motoring and the sounds of a 6 cylinder at max revs is one to behold. 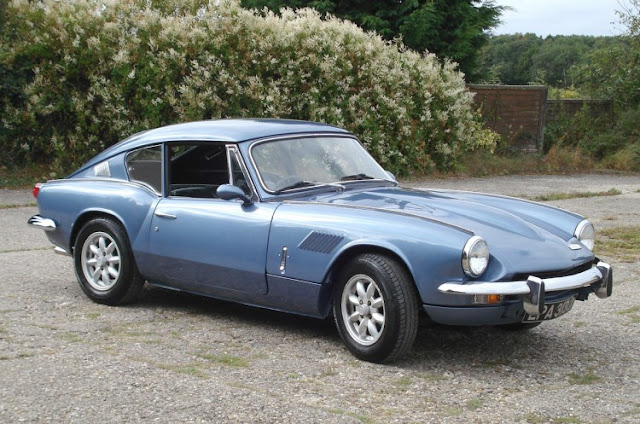