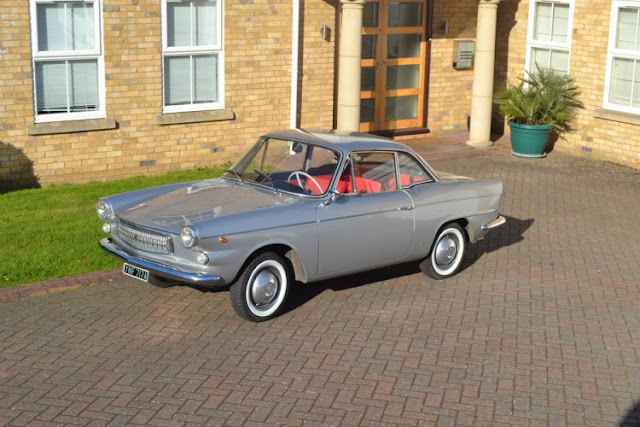 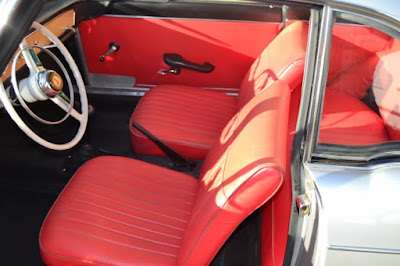 Carrozzeria Vignale of Turin was founded in 1948 by Alfredo Vignale, it would become one of the most iconic and respected of the Italian coachbuilders. Vignale designed cars, most often low volume variants of main production cars from manufacturers such as Ferrari, Lancia and Maserati.
As well as Vignale-penned designs for the previously mentioned titans of the industry, the Turin-based design house was often enlisted by Fiat for prototypes, motor-show concepts and limited editions, much like the 750 which came in Coupe, Berlinetta and Spider body-styles. 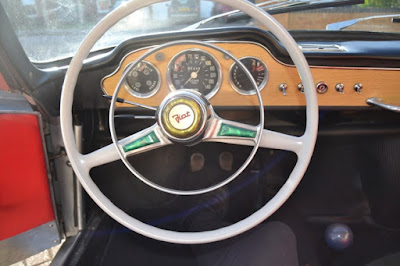 In essence a Fiat 600, an icon of the Italian economic boom, with its four-cyclinder engine increased from 600cc to a rather zippy 750cc. The bodywork was completely re-styled by Vignale with sleek 1960’s Italian styling just as well suited to some of Fiat’s Italian contemporaries; the car was bodied at a new factory in Grugliasco, near Mirafiori, whilst the Maserati and Lancia coachwork continued to be done in Turin.
The 750 on offer here, finished in a classic colour combination of silver with red interior, was produced in 1963, and had only one owner in Italy until it was imported to the UK in 2016. An interior restoration took place whilst with the previous owner in Italy, and the 36,000 kilometers presumes to be genuine. Offered with UK V5 registration and MOT valid until May 2018, the 750 represents great value for money for a Vignale bodied, collectors example of one of the most iconic 60’s Italian cars. 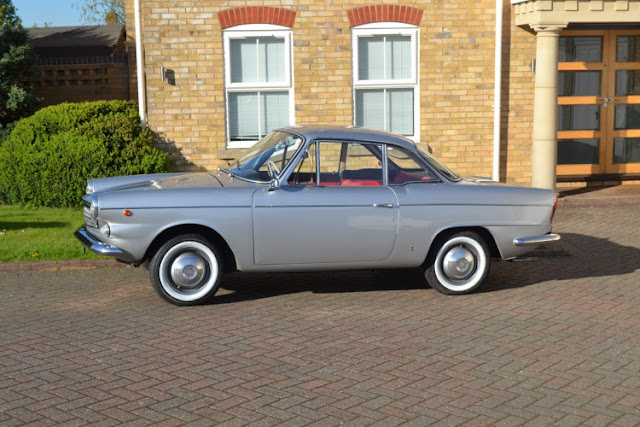