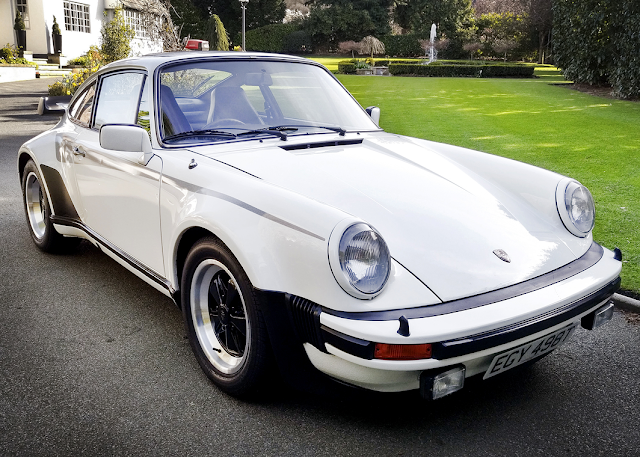 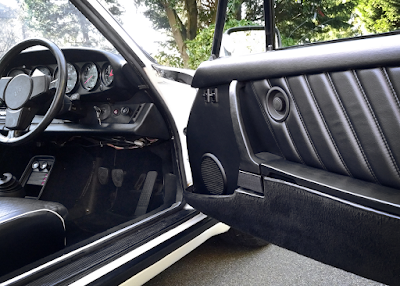 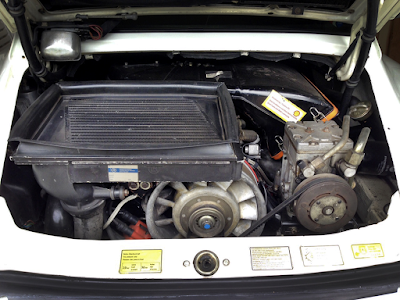 The Porsche 930 Turbo was a genuine 'Supercar' that defined the Seventies and Eighties and was one of the fastest production cars available at the time. It was first seen at the 1973 Paris Auto Show and full production commenced two years later. The basic engine underpinnings came from the Carrera 2.7RS which was increased to 3.0 Litres and, of course, turbocharged with technology gained from Porsche's 917/30 Can-Am programme. The bodywork received special treatment resulting in one of the most aggressive looking Porsches ever made with its wide arches and impressive rear whale-tail and the brakes came directly from the Porsche 917 race car.
As confirmed by its Porsche Certificate of Authenticity, this very early 3.3 (930) Turbo was first delivered and registered through Porsche Cars GB on 12th January 1979. It was finished at the factory in November 1978 and was ordered with Grand Prix White paintwork and a Black leather interior. Additional options included: impact absorbers, sports seats, air conditioning, sliding roof, electric door mirror, and funky hatched black side lettering.
The car has covered 75,000 miles and is supported by good service records. A documented speedo replacement was carried out in 1987 at 34,000 miles and the new odometer is now reading 41,000 miles. The gearbox was rebuilt and a new clutch fitted in 2005 at 34,000 miles, and a top-end engine rebuild was carried out in 2015, since when it has only travelled 1,500 miles. 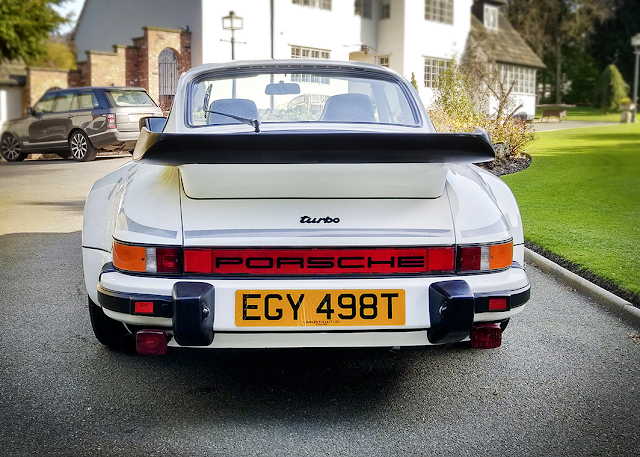 The car is described by our vendor as coming with an "exceptional documented history" with a large number of tax discs, previous MoT Certificates and service records. Other recent work includes a fuel system overhaul, leak-down test on the engine, rebuilt front brake callipers, suspension geometry setup, alloy wheel refurbishment, and new Pirelli tyres.
The Porsche COA confirms the engine as the original, and it's also supplied with its original keys, original service book, tool kit, etched windows, supplying dealer plates/stickers and the correct original working radio/cassette. Having just passed its MoT with no advisories, this sparkling 930 Turbo is ready for a summer of Porsche motoring at its very finest. 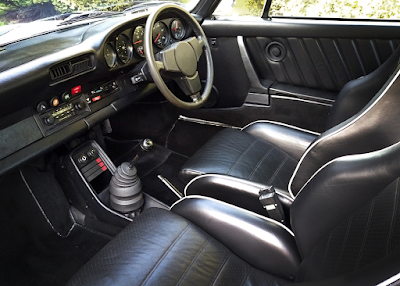 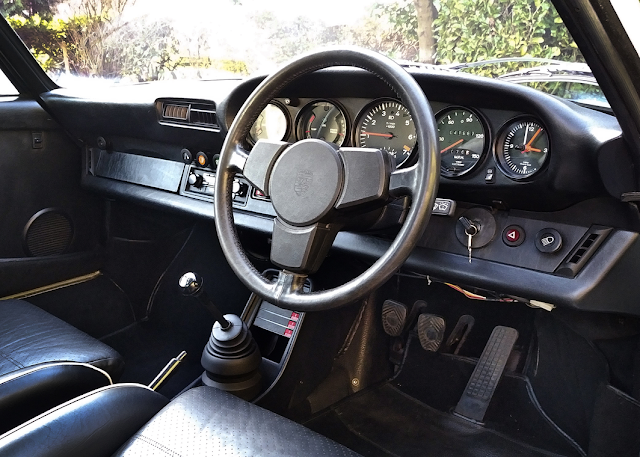