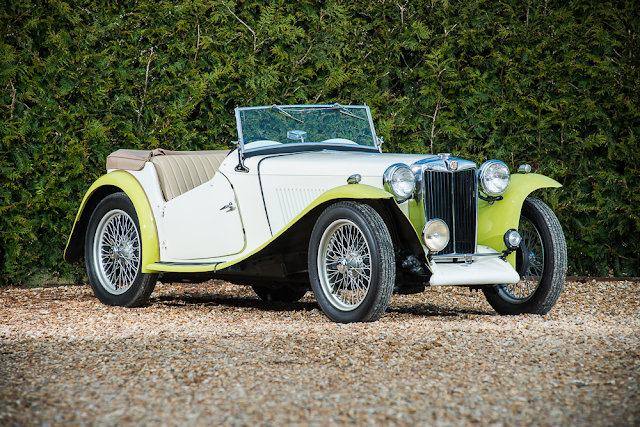 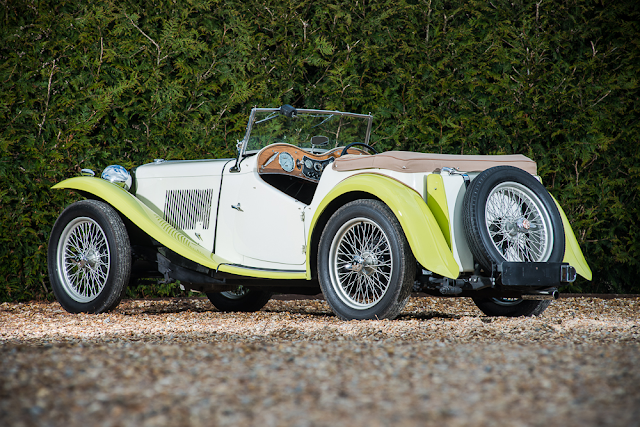 Somewhat of a rarity in original right-hand drive form as TCs were built primarily for the US market, so it's a treat to see a home market car, although in fairness it has spent the majority of its life in Virginia. Launched in September 1945, the basis of the new car was the pre-war MG TB. It was to share a similar 1250cc pushrod-ohv engine, gearbox, and axles, and the only significant changes would be to the body which was widened by nearly 4" across the seats without changing the basic chassis, wings and running boards or fascia layout. The TC was improved in detail too, the side screens now had flaps to facilitate hand signaling, the electrical equipment was also updated with the twin 6-volt batteries removed from the underfloor position of the TB to a bulkhead box containing a large 12-volt battery. There were also changes to the suspension, hydraulic lever arm dampers were fitted and the road springs were mounted in shackles rather than the traditional sliding trunnions.
Registered on the 1st January 1946, our MG TC lived much if its life in the milder climes of Sutherland, Virginia.  Repatriated to the UK in October 2015, it has been enjoyed by just one keeper over here and has been awarded a non-transferable registration number, ‘WXG 188’.
Our bright and cheery MG is a real eyeful, perhaps not to all tastes, but the Cream and Lime Green colour scheme actually suits the car and really does grow on you.  It appears to have been well restored and boasts a sweet little engine in good mechanical and cosmetic order.  Likewise, the gearbox engages cleanly as long as you are accurate, and using a few revs and working through the gearbox, you are rewarded with a delightful burble from the exhaust in a 1940's, down a country lane, in a black and white movie, sort of way.
There are some minor paint defects, but nothing major and the interior is quite special, in very good condition with nicely finished leather trim. The dashboard is excellent and period-correct as are the Jaeger instruments and Bluemells sprung wheel. The hood too is in great condition and proves a tight fit as does the brand new full-deck Tonneau Cover which clips around the rear.
Looking, for all the world like a slice of Key Lime Pie, this delightful TC looks good enough to eat. In lovely condition, this is an appealing package and wants for nothing but an enthusiastic custodian and a decent British Summer!… 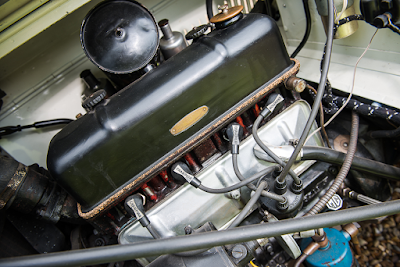 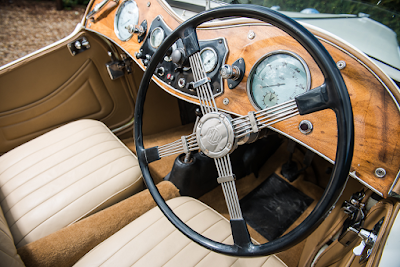