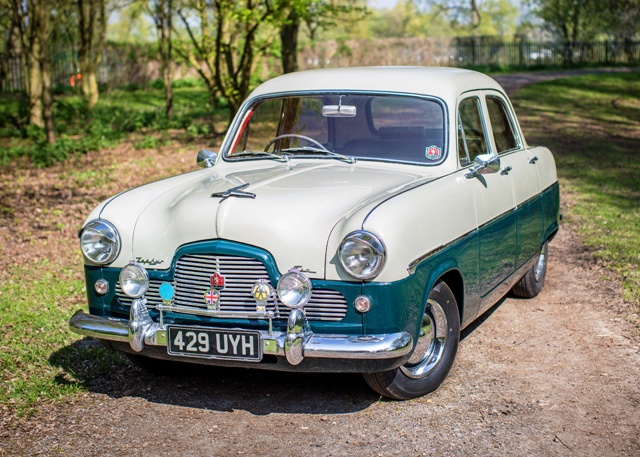 The Ford Zephyr was manufactured by Ford of Britain from 1952 to 1972. Initially it was sold as a more powerful six-cylinder model to complement the four-cylinder Ford Consul and, from 1962, the Zephyr itself was offered in both four and six-cylinder versions, the Consul having been discontinued. The first of the Zephyr range was a lengthened version of the four-cylinder 1508cc Consul engine with a 2262cc six-cylinder engine producing 68bhp. The Zephyr came with a three-speed gearbox, controlled by a column-mounted gear lever. The front suspension design employed what would later come to be known as Macpherson struts while a more conventional configuration for the rear suspension used a live axle with half-elliptic springs. The car could reach just over 80mph and returned 23mpg. The Ford Zephyr Six was available with four-door saloon, estate and two-door convertible bodies. The convertible version was made by Carbodies and had a power-operated hood; the estate car was by Abbotts of Farnham and was sold as the Farnham. 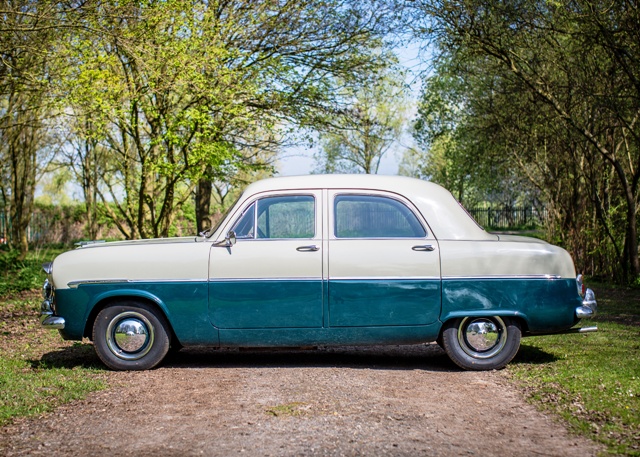 This charming Mk. I Zephyr is presented in two-tone green with contrasting blood red trim; the art deco styling throughout is in lovely condition and driving invokes memories of the glory days of 50's and 60's motoring with the engine running extremely well and all gears selecting and pulling as if new. Initially supplied to South Africa where it spent the first 59 years with one family, it was imported to the UK in 2014. Importantly, there are no signs of this car ever having been welded with the chassis and body in excellent order throughout, the paintwork and chrome is in very good order and we assume has seen some cosmetic restoration in recent years. 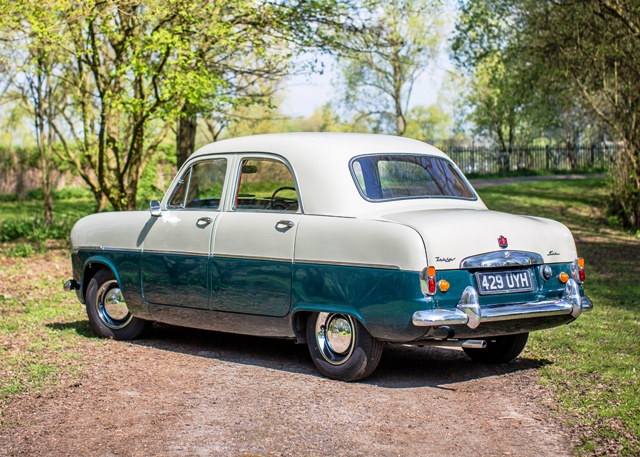 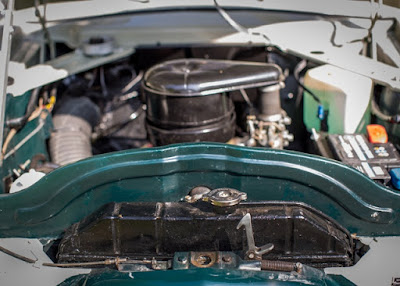 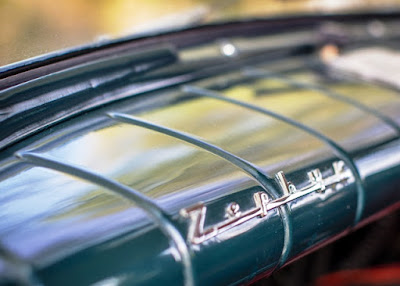 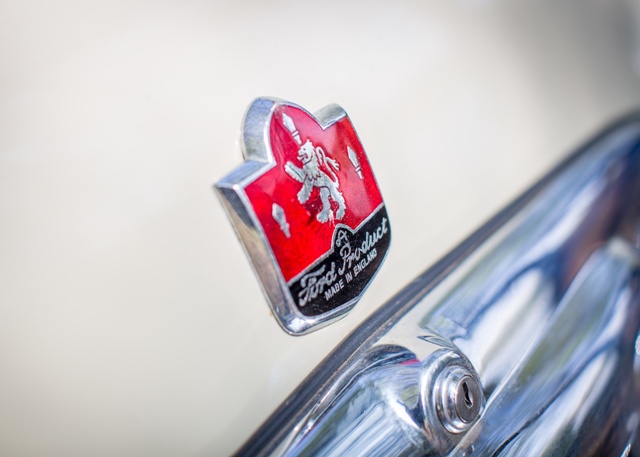