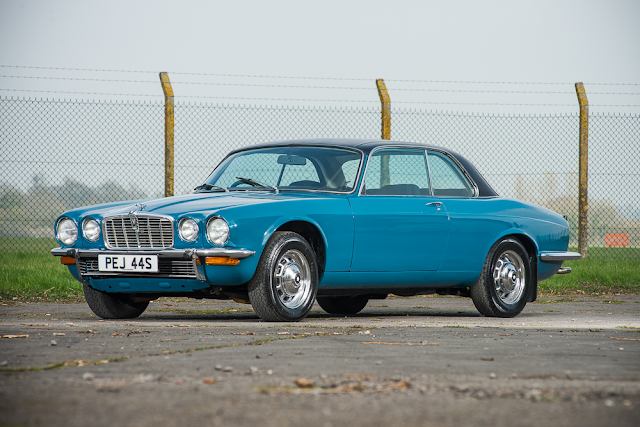 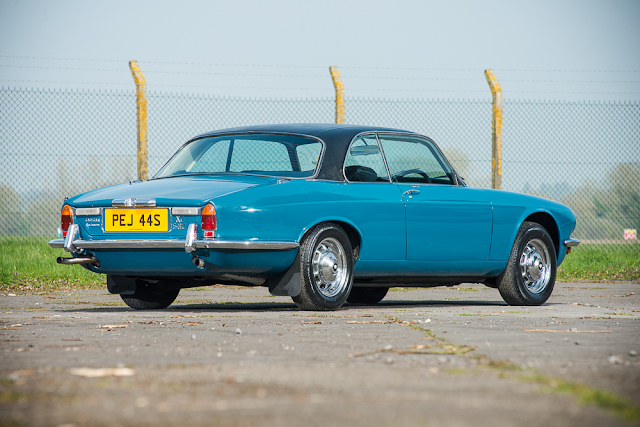 The Coupé incarnation of Jaguar's ground-breaking XJ saloon didn't peek from showrooms until 1975, although it had been announced publicly rather earlier, back at the 1973 London Show. Its original design dated from even earlier still as it was developed alongside the original Series 1 XJ back in the late 60s and in fact the company even issued project numbers for the Series 1 Coupés- XJ33 for the six-cylinder and XJ34 for the V12- although they were destined never to be produced. Instead, the car was launched in Series 2 form known as XJ35 and XJ36 respectively. However, a combination of Sir William Lyons' frequent tweaking of the design and engineering 'issues' with the roof panel and side windows, meant that it was early 1975 before the first XJ-Cs would glide stylishly out of Jaguar Showrooms. 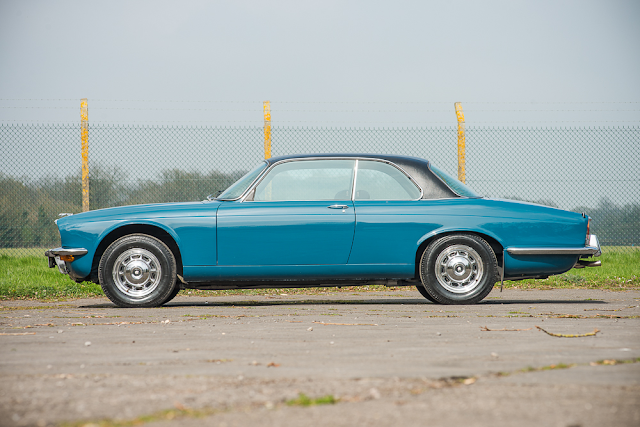 The Coupé was based on the short wheelbase version of the XJ and offered in 4.2 and 5.3 engine sizes known as either the 'Sovereign' from Jaguar or the 'Double Six' from Daimler. In 1978, just 329 Jaguar XJ12 5.3 Coupés were built by the factory making this particular car a very rare production model. In fact, only 1,800 were ever made by the factory in total.
PEJ 44S was first registered on the 8th of March, 1988 and was purchased from British Leyland dealers, Meirion Motors of Aberystwyth by a Mr. J March from Bridgnorth. It was finished in the lovely colour combination of Squadron Blue with a Mid-Blue velour interior. The car is accompanied by its original 'Passport to Service' which shows regular visits to the main dealer with ten stamps in the book culminating with the entry on 2/03/88 indicating that it was serviced at 51,923 miles. On 15/06/88, after 10 years of sterling service, the car was sold to John McGee of Braintree who was to own it until February 2016, when it was acquired by its current keeper. There is an invoice in the file from November 2016 listing a number of minor items that were attended to in order to bring the car up to scratch. These included, work on the radio and aerial, track-rod gaiters, door seals, attending to minor leaks, rectifying the horn, work to the exhaust, and some external detailing, badges etc. 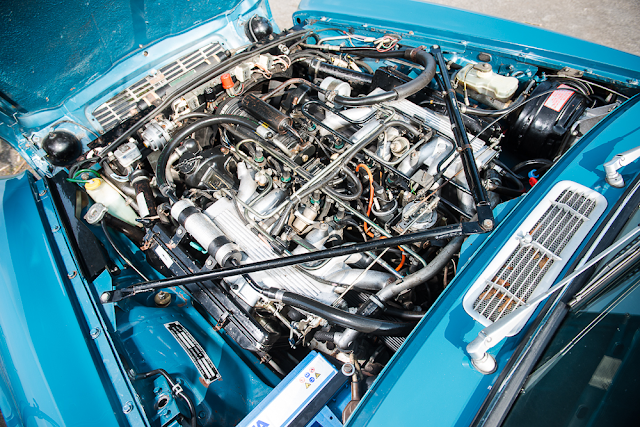 These Coupés are elegant motor cars and PEJ 44S is no exception. The paintwork looks generally good with a little attention required here and there, and the chrome and brightwork look excellent. The car is fitted with a sporty, leather-rim, Moto-Lita steering wheel and a period Sharp cassette player and the interior looks comfortable and in good order. The engine bay on these V12 cars can be a bit of a nightmare, however, this one looks particularly tidy and well cared for. The book pack contains the original service records, sundry invoices, manuals(including radio), and a spare key.
This is a presentable and usable XJ12C in a very attractive colour, and with these rare coupés continuing to perform well in the collector's market, this handsome example merits serious consideration. 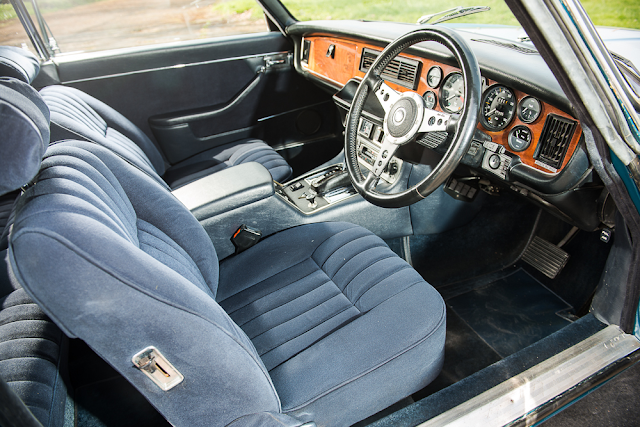