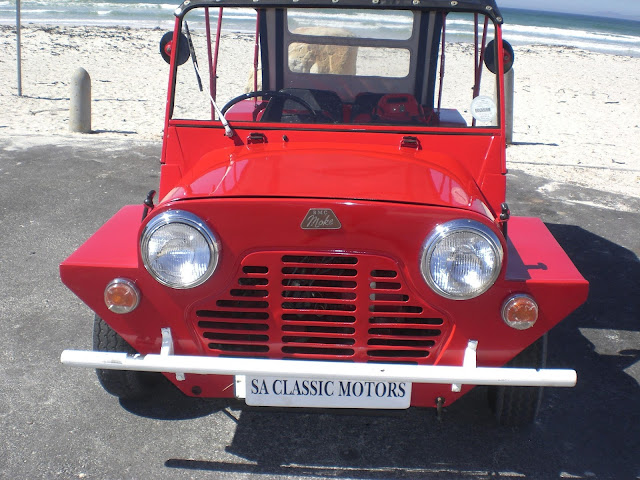 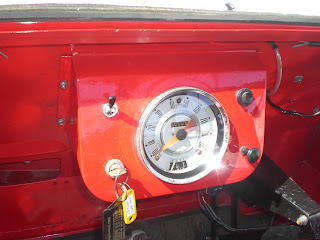 1965 BMC MINI MOKE
The Mini Moke is a vehicle based on the Mini, designed for BMC by Sir Alec Issigonis and John Sheppard. The name comes from "Mini", the car with which the Moke shares many parts, and "Moke", which is a dialect term for a donkey. The Moke has been marketed under various names including Austin Mini Moke, Morris Mini Moke and Leyland Moke. 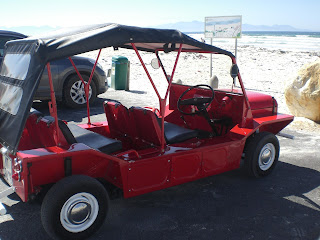 The initial design was a prototype for a light military vehicle in the style of the American Jeep, but its small wheels and low ground clearance made it impractical as an off-road vehicle. It was subsequently offered in a civilian version as a low-cost, easily maintained utility vehicle. The Moke finally achieved success as a beach buggy, becoming a popular cult vehicle in the Algarve, Seychelles, Australia, the United States and many tropical resorts in the Caribbean. The original Moke used identical engine, transmission and suspension parts from the Mini Van. The first Mokes were only built at BMC's Longbridge, Birmingham plant. Just over 50,000 Mokes were produced in Birmingham, Australia, and Portugal between 1964 and 1993 when production of the Moke ended. 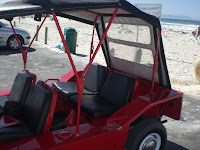 The vendor states that this early Moke is in outstanding condition. It is in its original red colour and was delivered to the Rhodesian Fire Service, where it was hardly used. It has been totally restored and is absolutely immaculate. 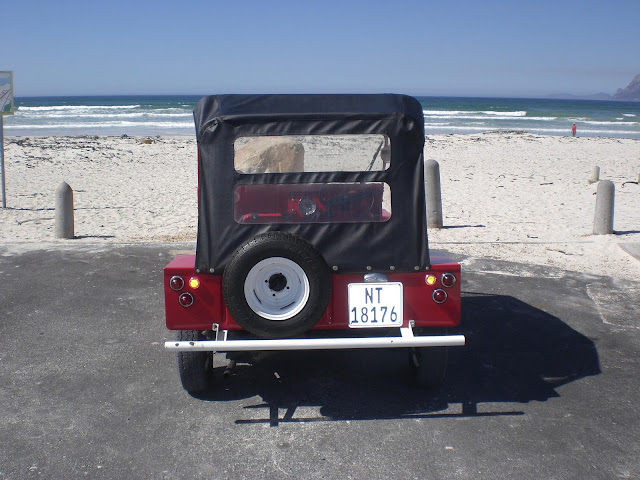 FOR INFORMATUIN ON SEPSIS: CLICK HERE
Posted by jeffharris at 18:57