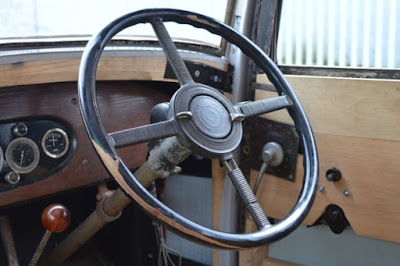 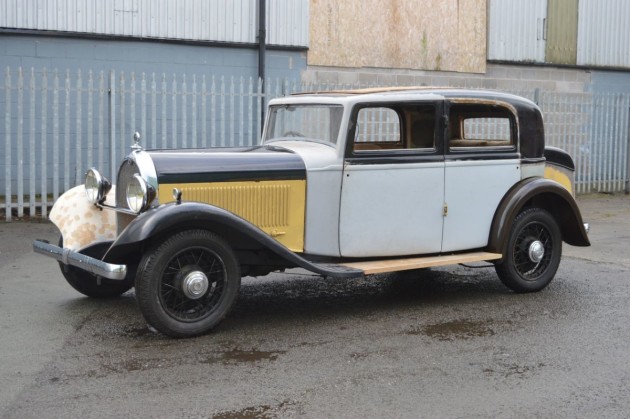 Founded in 1875 as the Paris branch of the American Hotchkiss munitions manufacturer, Hotchkiss of St. Denis built its first car in December 1903.
Though its chief executive and managing executive were Americans and its works manager was the Englishman Henry Ainsworth, the Hotchkiss was the epitome of the French luxury touring car during the inter-war period.
The firm’s mainstay in the Twenties was the four-cylinder 50hp 2.4-litre AM, which was re-designated as the AM2 in 1926 when overhead valves were added. The AM2 was a car that justified its slogan ‘Le Juste Milieu’ (The Golden Mean) - its price placed it exactly between the inexpensive Citroen and the luxurious Hispano-Suiza.
The AM2 was supplanted by a new range of six-cylinder cars in 1929 as part of Hotchkiss’ expansion plans – the numerical designation indicating the bore of the engine being used – 73mm in the case of the AM73,which with its stroke of 100mm produced an engine of just under 2,600cc. The new car continued to hold the middle ground without losing any of the qualities which had established the firm’s reputation.
It is not thought that any AM73s were imported into the UK at the time, but right-hand drive was a feature of all Hotchkiss cars throughout their production.
This 1932 Hotchkiss AM73 was bought by the previous owner through a Belgian dealer in 2011 and brought over to this country. The car was basically sound but in need of some work. This recommissioning was interrupted by ill health and the car is now reluctantly offered for sale.
The bodywork is very sound, with much of the wood framework having been skilfully replaced with the correct ash; new running boards have been fitted and the wings have had some attention. New hubcaps were sourced (at considerable expense) and the bumpers rechromed. The car has four NOS wheels fitted with recent tyres, as well as three spare wheels. The impressive Marchal headlights also appear to have been renovated.
The interior of the car does require some work, but is substantially complete and appears to be original. The door cards and some handles are not fitted but they, along with the carpet, are present and correct.
The vendor has examined the chassis and reports that it is sound. The engine was also inspected and found to be in good order although it has not been run and will need an internal copper pipe replacing. A spare pipe is supplied with the car and it is believed to be a simple operation to fit it.
This Hotchkiss needs very little work to get it up and running and back on the road. The hard – and expensive – work has been done and what remains is largely cosmetic.
Although not yet UK registered, it is being sold with a NOVA reference number, some recent bills and various notes on its more recent history.
This straightforward completion job will reward its new owner with a very smooth and powerful car with great presence and a good deal of refinement 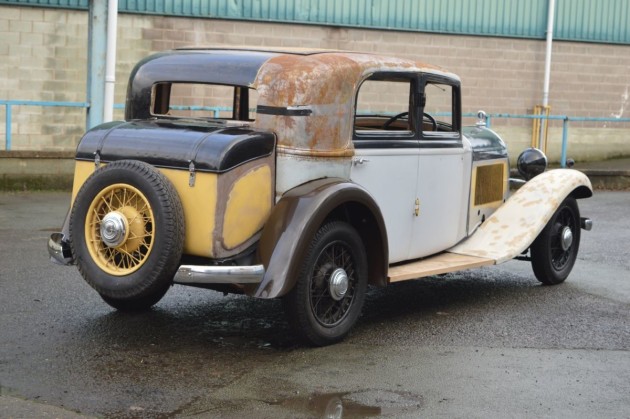