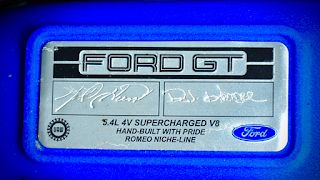 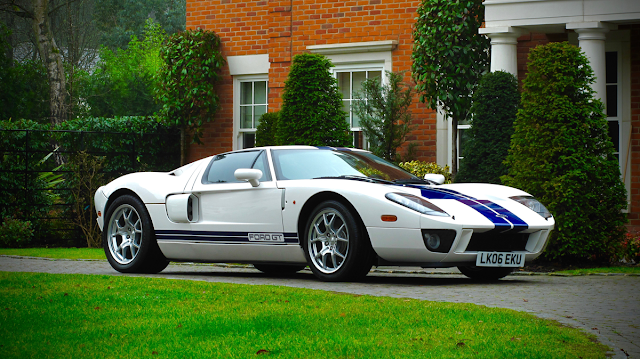 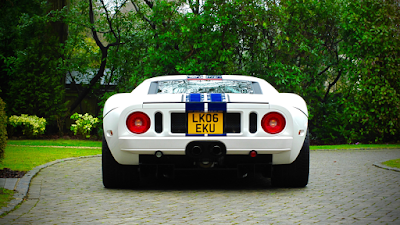 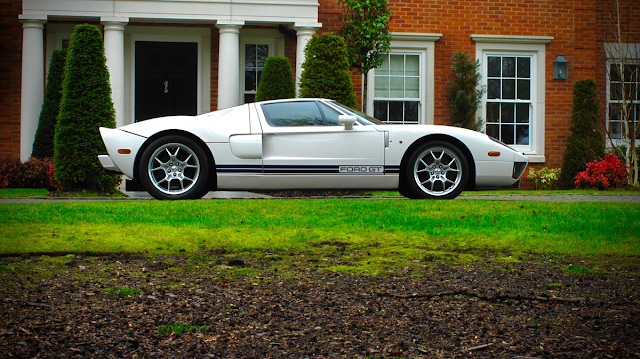 in Ford Motor Company's long and hugely successful history, few events are as memorable and as important as the GT40's four consecutive overall victories at Le Mans. The impetus to build Le Mans cars to compete with Ferrari undoubtedly stemmed from their failed attempt to acquire the Modena firm, and an understandably frustrated Ford enlisted Carroll Shelby and others to build a racing car with one mission: to beat Ferrari at Le Mans. With their goals set high, the GT40 became the most iconic and successful underdog in Le Mans history. 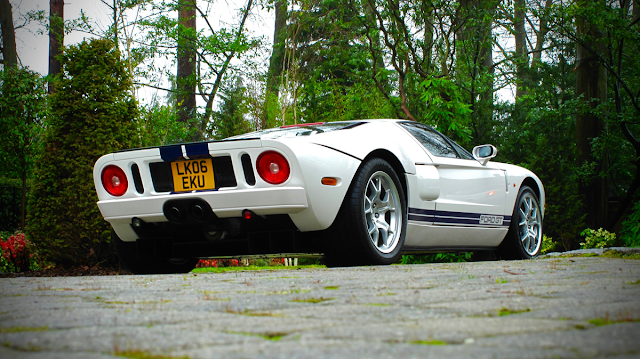 Arriving in prototype form just in time for Ford's centennial celebration in 2003, the new Ford GT borrowed heavily from the stunning design and profile of the GT40 and set out on a similar mission: to compete with, and surpass, the established 'supercars'.
The ultra-high performance Ford GT showcases the finest in advanced technologies, constructed on a lightweight aluminum chassis clothed in superplastic-formed lightweight composite and aluminum body panels. Powered by a mid-mounted, hand-built, supercharged quad-cam 550bhp V8 engine mated to a 6-speed manual transaxle and featuring racing-derived suspension and braking systems, the GT delivers astounding power and performance. 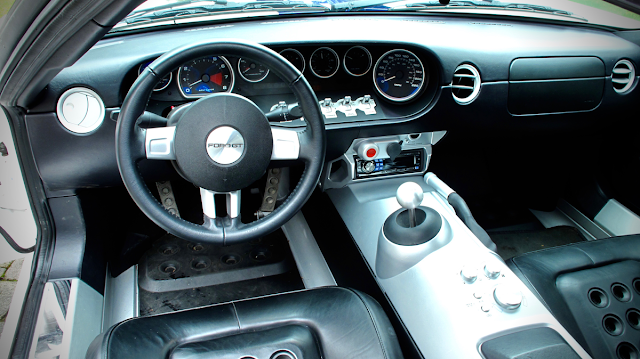 0-60 in about 3.5 seconds, hurtling on to some 205mph before the speed limiter kicks in. When production ceased in 2006, with just over 4,000 Ford GTs produced and only 101 delivered new to Europe, this epic Ford had made its mark on automotive history once again - and became an instant collector's car.
This very special Ford GT was one of five European supplied vehicles that were marked VIP by the Ford National Sales Company. Ford of Britain then allocated this vehicle to F1 world champion Jenson Button, MBE in May 2005, and he took delivery through Swiss Ford GT dealer Grimm in Geneva in August 2005. The car was first UK registered in 2006 and supplied with the history file are copies of the order form signed by Mr.Button. 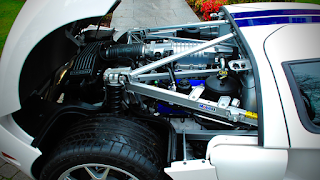 Purchased by our vendor in 2011, this Ford GT is finished in the evocative colour combination of white with blue racing stripes. Reading 8,350 miles, the service history consists of stamps and invoices from 'Mountune' and two services by Ford GT experts 'GT101'. Prior to the auction it will be delivered to GT101 for a fresh service and check over. Prospective bidders are welcome to contact the office to arrange early viewings on this incredibly special car.
The Ford GT is part of a rare class of modern cars that instantly become collectable, and have become more and more sought after. Given its inimitable heritage, prolific performance, stunning design, and thrilling driving experience, the Ford GT is a very special creation that will undoubtedly be revered for many years to come. 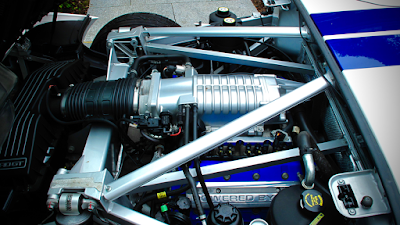