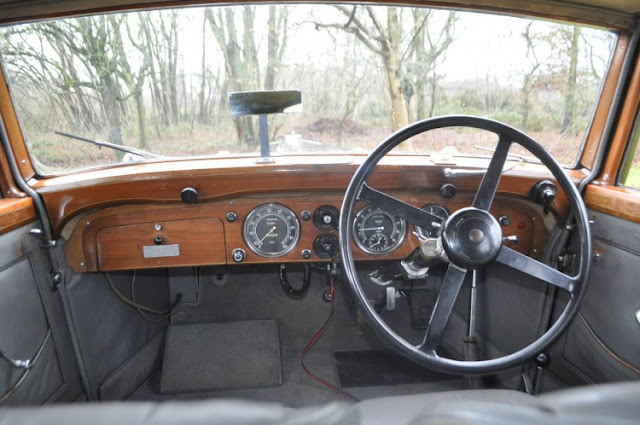 Having established its reputation by winning the Moscow – St. Petersburg Reliability Trial of 1910 with a 30hp six, Lagonda concentrated mainly on the production of light cars before reverting to sporting and luxury models in the mid-1920s with the introduction of the 14/60. This four-cylinder, 2-litre model was joined in 1929 by the first of Lagonda’s own sixes – the 3-Litre – but by the mid-1930s the Meadows-engined cars were seen as the way forward. Introduced at the 1933 Olympia Show and based on the preceding ZM 3-Litre model, the M45 deployed Meadows’ 4½-litre, twin-plug six to good effect, saloons being capable of reaching 90mph and tourers the ‘ton’ under favourable conditions.
Under W.O. Bentley’s technical direction the big Lagonda became more refined: the M45’s successor – the LG45 – gaining synchromesh gears, flexible engine mounts and centralised chassis lubrication among many other improvements.
Endowed with such an impeccable pedigree, the 4½-Litre Lagonda quickly established itself as a favourite among the wealthy sporting motorists of its day.
In its road test published on 10th April 1936, The Autocar declared: ‘The 4½-Litre has always given a fine performance; in its latest form it provides all the performance that anyone can reasonably require, and at the same time has been silenced, smoothed out and made a much more comfortable car, so that in comparison with the earlier versions it is hardly recognisable on first driving it. It can only be said that the appeal of the car has been considerably widened, for the people who today set great store by noise and a harsh suspension are greatly outnumbered by those to whom refinement in a fast car is far more desirable.’

Freestone and Webb were English coachbuilders who made bodies for Rolls-Royce and Bentley motor cars but also built bodies on other chassis including Alfa Romeo, Packard, and Mercedes-Benz. The business was founded in 1923 by V.E. Freestone and A.J. Webb as a specialist coachbuilding service in workshops (Unity Works) in Brentfield Road, Stonebridge Park, Willesden, North London, where it remained for its entire life. Freestone had learnt his trade working at Crossley Motors, Webb had returned to England having trained in France.
While working on bespoke Rolls-Royce and Bentley cars they developed the style known as Top hat, and popularised the Razor Edge style. Delivering up to 15 cars per annum they showed their cars at the London Motor Show and won the Gold Medal in the private coachbuilders competition nine years in a row,
On July 17th 1936 London agents Kevill Davies & March of Berkeley Square, London, placed an order for chassis # 12146, which was duly delivered to Freestone & Webb on 2nd September 1936. Freestone & Webb then fitted Razor Edged Body # 1215, debuting the car at their stand at The Olympia Motor Show in London in October that year.
Having retired from public life, early in 1937 Kevill-Davies & March shipped the Lagonda to New York to Dealer Fergus Motors, who subsequently supplied the LG45 to its first private owner, a Mr. A. Chandler of New York.
Shortly after the Second World War the Lagonda found its way to Shanghai, being owned by a Mr Z.L.Sia. Mr Sia. soon commissioned a mechanical overhaul, shipping the engine and gearbox back across the world to Staines for a full overhaul, which took almost a year to return (import documents on file support this).
By 1949 the political seas were turning; with China rapidly becoming a communist state, as a businessman Sia was branded a Capitalist and class enemy. The Lagonda was seized and placed into storage until a Mr. Eric Barret heard of the car and bought it in Marche via the Hafong Motor Company for the sum of 25,350.00 Yen. Mr. Barret travelled extensively from the early 1950s, living in Hong Kong, Japan, the UK, New Zealand and Australia, before finally returned back to the UK in 1985. Each time the Lagonda faithfully followed its owner by boat, until returning home to the UK after its 40 year voyage.
Since 1987 the Lagonda has had only three further owners, as such you see here a very low ownership LG45 with a fascinating history. Supplied with a complete and well documented file, and featured in Bernd Holthusen’s ‘Lagonda Book’, this is a truly wonderful motor car in all respects. 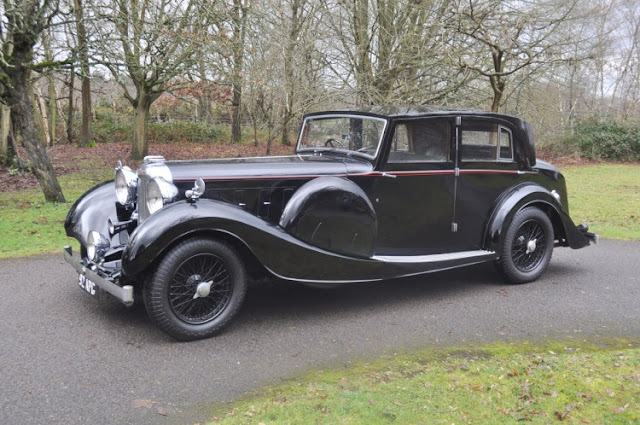