FORMERLY FROM THE COLLECTION OF SIR JAMES CAYZER 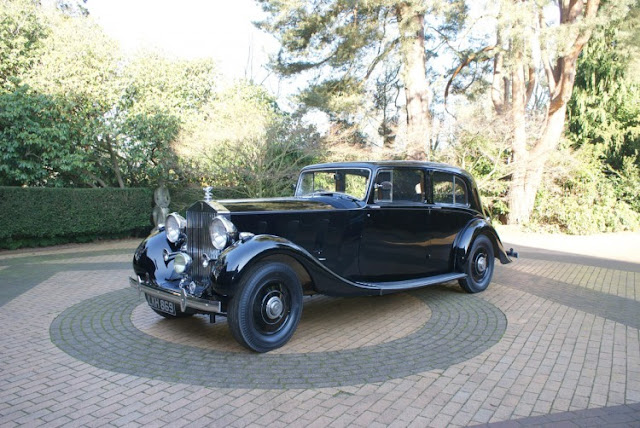 This chassis was sent off to test from the Derby factory on 29 April 1937. It had been fitted with engine number E48X and originally with steering at the middle E rake, although this was changed to the low F rake on instruction dated 20 April. The chassis was set up for a touring limousine body with seating for 4 to 5 passengers in town work and touring in the UK. The Rolls-Royce Sales Card for the chassis indicates that the original order for a bonnet mascot was cancelled (again on 20 April) and that the original plan for a single, offside spare wheel was changed to one on a dummy hub to the rear (although see below).
The chassis was delivered to coachbuilders Park Ward & Co. Ltd. by road from the Rolls-Royce London depot at Lille Hall on 4 May 1937. Here the coachbuilder built a saloon body, with their body number 4257. It was one of ll saloon bodies built by Park Ward on the Phantom III chassis, being a saloon because there was no division fitted. Eight were to the same basic design as 3BTl47. The car was finished in black cellulose throughout with a light blue moulding, and with blue crushed leather. The woodwork was in light walnut, with ivory stringing. 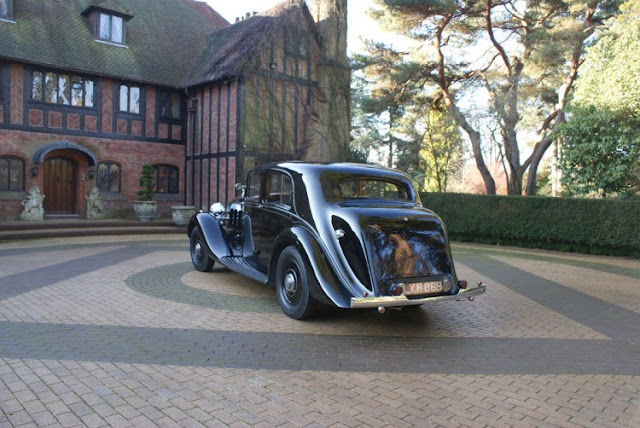 The chassis was ordered by Park Ward on 19 October 1936 (during the Olympia Motor Show in London) and the chassis paid for contra deal on ll May 1937 for £1,520 which was a 20% discount on the standard chassis price (a common practice for R-R in their dealings with major dealers and coachbuilders). Completed on 19 July 1937, the car was first registered (with number RH 1) on 4 August. It was delivered on 7 August to its owner Frank Bilton at The Grange, Willerby, Hull  in Yorkshire. Bilton has owned two Phantom Hs, chassis 5 lGN and 64MS, both by Park Ward, the former a limousine and the latter a saloon. The latter had the same colour scheme and upholstery as the Phantom II, Bilton would later own Silver Wraith (a Park Ward saloon) and Bentley Mark VI B35lNY. He was born in 1872, and was a building contractor. 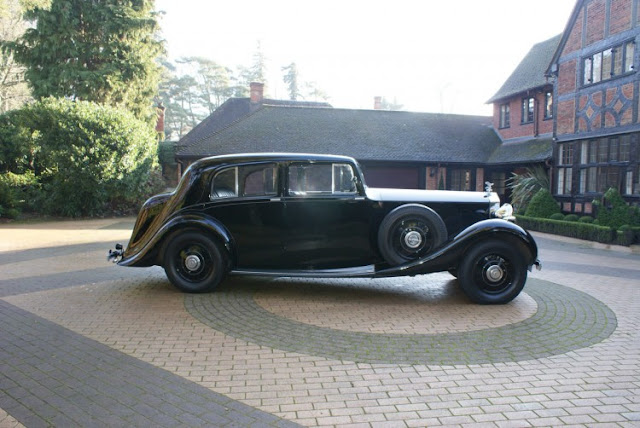 In 1950 the car was registered with Kingston-on-Hull number LKH 869 (which it retains today) , and Rolls-Royce records show the next owner was a C A Miers, in 1955. In April 1977 it was owned by Raymond G Maguire of Beaulieu in Hampshire. London dealers Clarendons had the car for sale in the magazine Motor Sport described as low mileage and in superb condition. Black with grey hide upholstery, described as 56,000 miles.
Black with  French blue hides and matching carpets.  Certainly one of the most original and mechanically excellent PIII models available  today. At this time the car was bought by Sir James Cayzer, Bart., becoming one of four Phantom IIIs he would ultimately own.  Sir James Cayzer was without doubt one of the most well-regarded and well-respected collectors of pre-war Rolls-Royce motor cars in Britain during that period.
This handsome and positively “regal” looking Rolls Royce is offered today by a private collector and is in superb condition as outlined above. The car drives extremely well and would grace any collection. 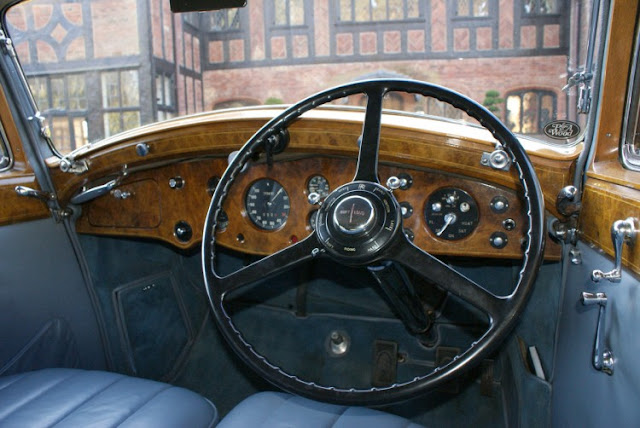 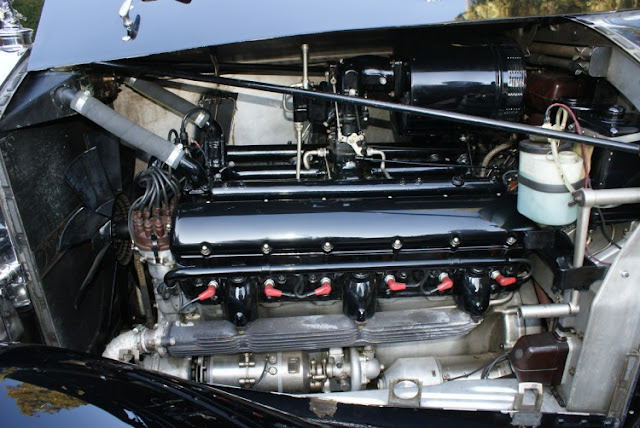