Brought to you by: Classic Chatter
www.classicchatter.co.uk 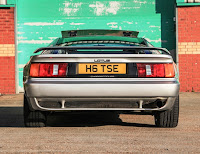 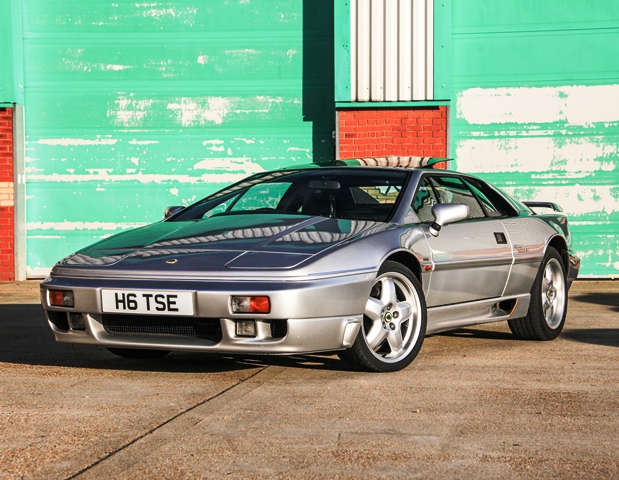 Built between 1976 and 2004, the Lotus Esprit was unveiled in 1972 as a concept car and was a development of a stretched Lotus Europa chassis. It was among the first of designer Giorgetto Giugiaro's polygonal 'folded paper' designs. Originally, the name Kiwi was proposed but, in keeping with the Lotus tradition of having all car model names start with the letter 'E', the name became Esprit. Introduced in April 1981, the Turbo Esprit and Series III Esprits marked a necessary consolidation; both new models had a common chassis. The SIII continued to use the 2.2 litre, type 912 engine, whilst the Turbo Esprit reverted to a less complex wet-sump lubrication system, retaining the power and torque outputs of its dry-sump predecessor. The interior for both cars was revised and featured new trim; combined with changes to the body moulds this resulted in more headroom and an enlarged footwell. Externally, the Turbo Esprit retained the full aerodynamic body kit of the Essex cars and featured prominent 'Turbo Esprit' decals on the nose and sides. 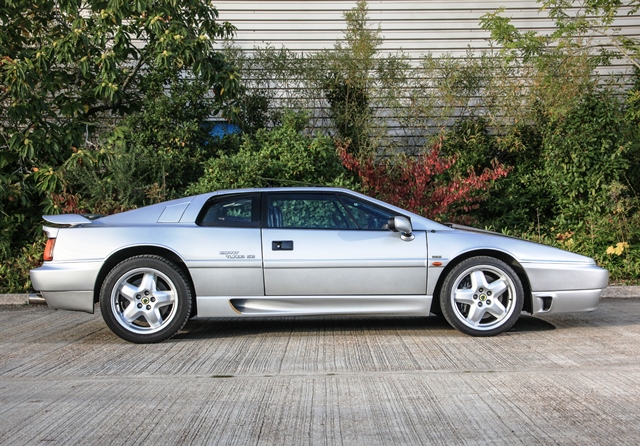 This handsome chargecooled and injected Esprit Turbo SE was the Earls Court Motor Show car in 1989 and is looking resplendent with its silver frost coachwork and blue leather trim with slate carpets. The fastidious current vendor has owned H6 TSE for the last twelve years and has lovingly looked after her. A significant history folder and copy of the factory build sheet accompanies this Lotus, however, the all important cambelt and tensioner were replaced last year. With a sports exhaust, bigger brakes package and ample power available, this is a car that offers pleasure and fun in abundance. Presented in virtually unmarked condition with its' glass lift out roof, storage bag and clip in wind deflector, this Lotus Esprit Turbo SE is supplied with a V5C registration document and a current MoT test certificate valid until 1st September 2017. A real head turner offering supercar performance at a fraction of the cost. 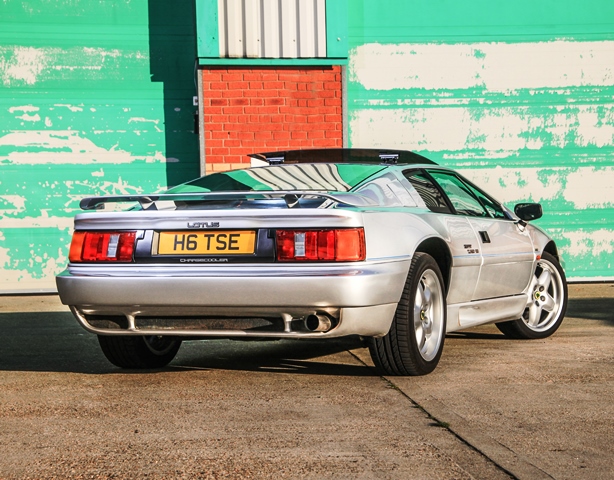 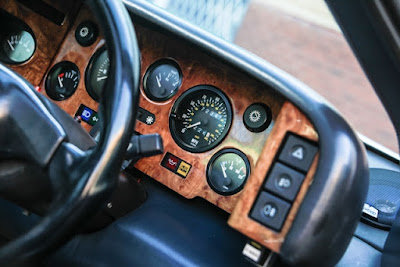 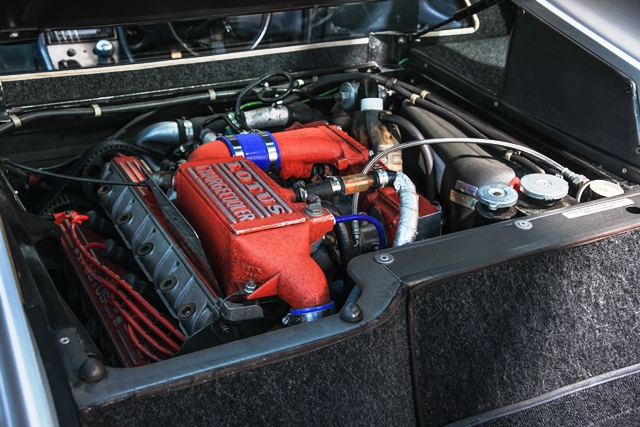 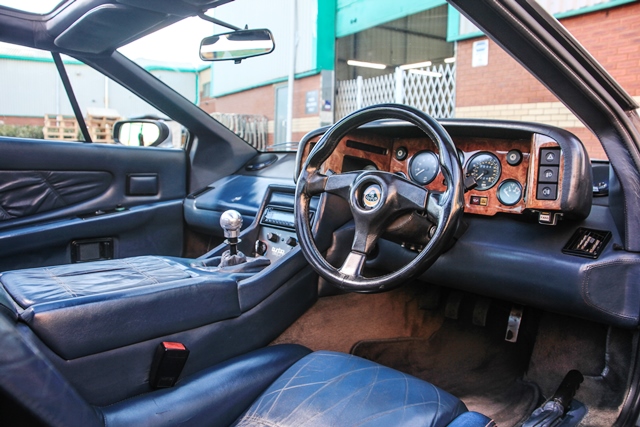 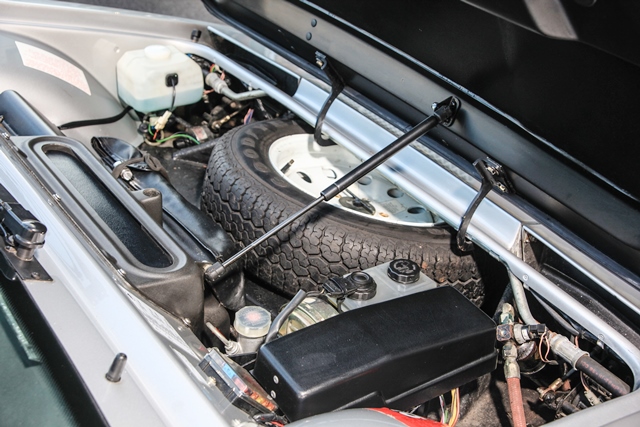