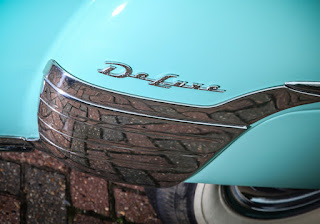 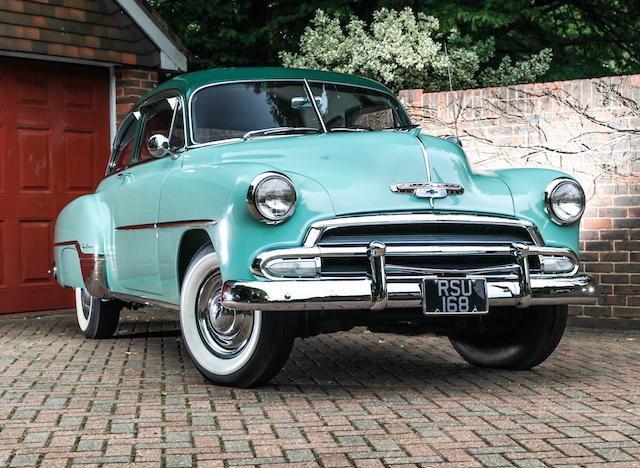 "The 1949 Chevrolets were some of the best looking GM products ever, and were precision built as well." - Richard M Langworth, Collectible Cars.
America's best-selling motor car manufacturer at the time, Chevrolet, re-organised its line-up for 1949, rationalising the range into two Series - Special (basic) and Deluxe - both of which featured Styleline (notchback) and Fleetline (fastback) body styles. This distinction would last until the end of the 1952 season when the fastback model was dropped altogether along with the 'Styleline' name. Chevrolet's sole power unit at this time was the famous 'stovebolt', 216.5ci (3,549cc) overhead-valve six. The latter had continued unchanged for many years prior to the introduction of GM's Powerglide two-speed automatic transmission in 1951, when a 235.5ci (3.9-litre) version became available. 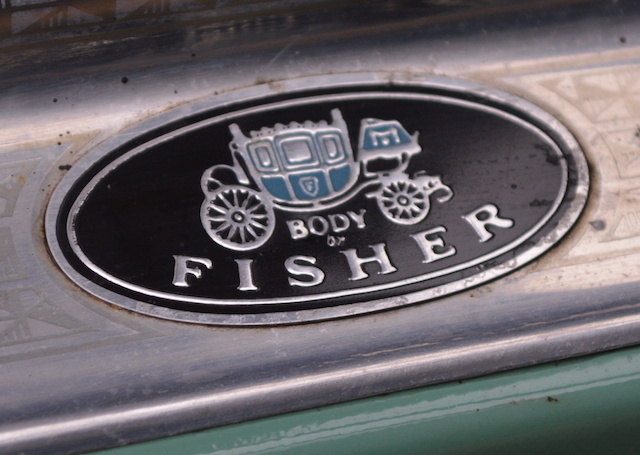 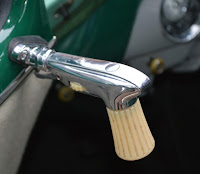 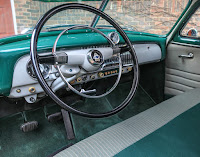 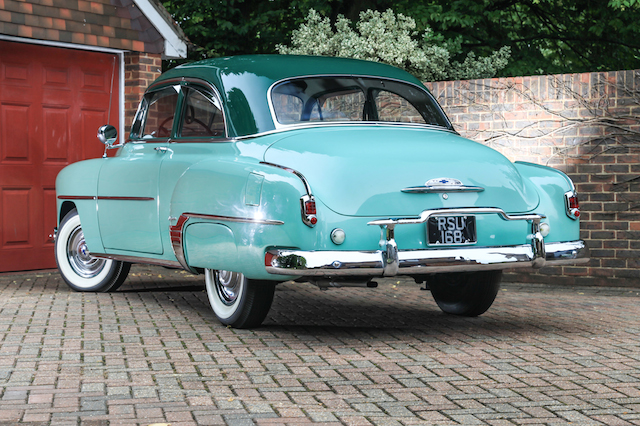 This 1952 model Chevrolet Styleline Coupé with Fisher coachwork is sadly offered from a recently deceased estate. Prior to import into the UK in 1989, it was displayed by a local Chevrolet dealership in Maryland having had a frame off restoration by the garage apprentices in 1974. On arrival into the UK, the car was registered by a Mr. Trevor Wilks of Northampton and then purchased by the current estate in March 2014. 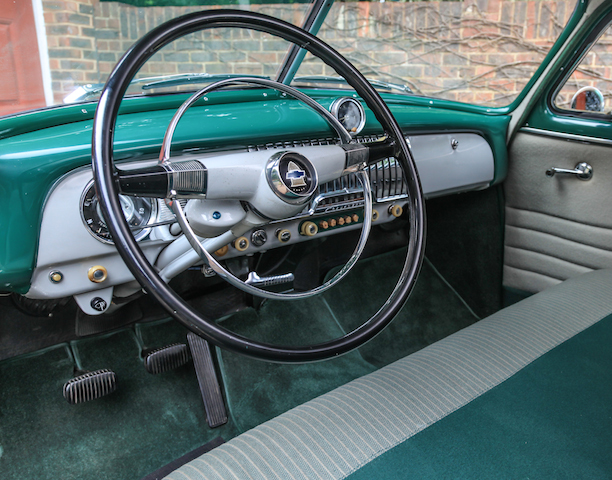 Classic American magazine also featured this particular Styleline in its October 1990 edition. During the current ownership, this has been cosmetically restored by Classic Auto of Luton and is a many-time concours winner at major events in Belgium and Germany as well as the UK. Presented in two-tone green and complimented with a grey/green interior, this handsome coupé presents very well with excellent coachwork, chassis and running gear. The quality continues on the inside with the excellent two-tone cloth trim in very good order. Nice details such as the internally operated integrated driver's door mirror and spotlight operate as they should. The silky 3549cc six-cylinder engine starts easily and smoothly. Believed to be the best Styleline currently available in the UK, this well-presented American classic has been well loved and maintained and is described as in generally excellent condition and offered with old US title, UK V5 registration document and an extensive history file. One of America's most elegant automobiles, this now awaits an enthusiastic new owner to enjoy.

KEEPING IT CLASSIC
Since: