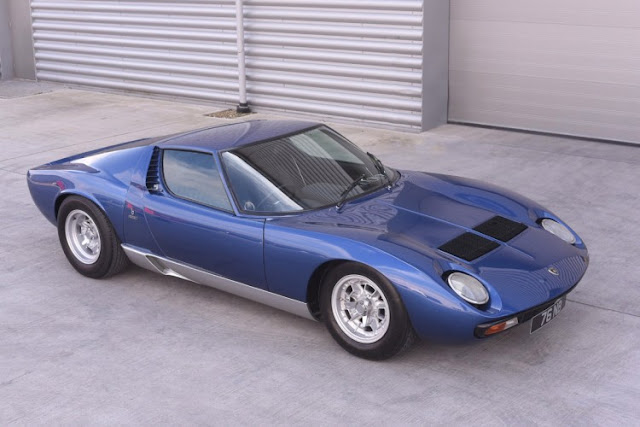 Ferruccio Lamborghini’s bold challenge to Ferrari began in 1964 with the 350GT, but it was the arrival of the Miura – arguably the founder of the supercar class – that established Lamborghini as a major manufacturer of luxury sporting cars. The Miura project first surfaced as a rolling chassis displayed at the 1965 Turin Motor Show, but was not expected to become a production reality. Nevertheless, by the time of the Geneva Salon the following year, the first completed car was ready for unveiling to a stunned press and public. 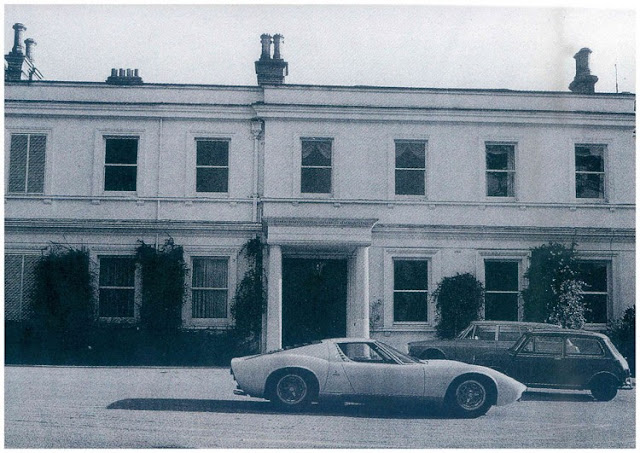 Designed by Giampaolo Dallara, the Miura carried its transversely mounted engine amidships in a box-section platform chassis, the latter clothed in stunning Berlinetta coachwork styled by Bertone’s Marcello Gandini. Like the contemporary 400GT, the Miura used the 4-litre version of Lamborghini’s Giotto Bizzarrini-designed four-cam V12. With 350bhp available, the Miura was capable of shattering performance, a top speed of 180mph being claimed. 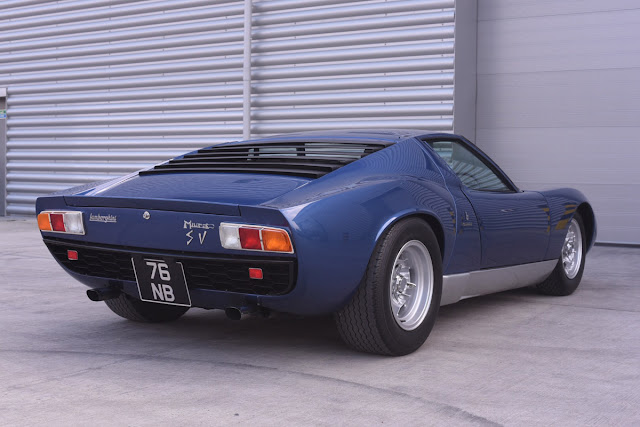 Initial Miura development concentrated on chassis strengthening, the improvements being consolidated in the S version introduced at the Turin Motor Show in 1968. Produced from January 1969, the Miura S featured a more-powerful (370bhp) engine, and was outwardly distinguishable from the preceding model by its lower profile tyres and chrome window surrounds. Other improvements included electric windows and better quality interior fittings and trim. 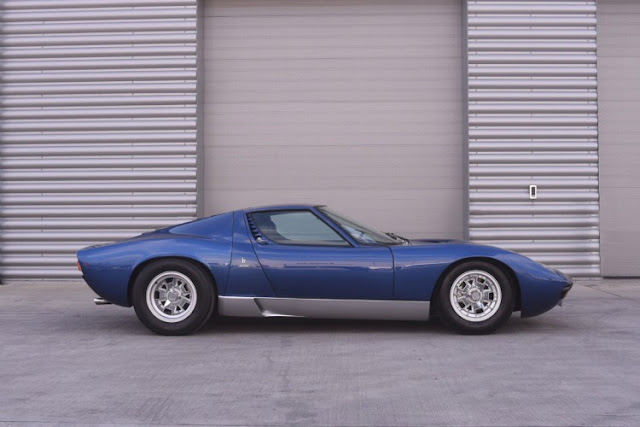 The P400S offered here is an original United Kingdom-delivery example that was supplied to its first owner, the rock legend Rod Stewart, by Lamborghini Concessionaires Ltd. of Alie Street, London. A copy of its original records, which were kept by Derek Hopkins of Alie Street, is included within the file.
The file also contains the original delivery sheet, which notes the car as having right-hand drive, desirable factory air conditioning, and seatbelts. The file also has a copy of a photo of Stewart’s then girlfriend, model Dee Harrington, with two Miuras, one of which is an S with this car’s original British registration, JLL 831K.
The car passed from Rod Stewart through to owners in Wiltshire, Kent, and Cambridge. In 1976, the Miura was acquired by Clive Hugo Nagel, and then it passed to Michael Baker, of Horley, in April 1983. The car was then acquired by the present British owner, who has retained ownership of it for the past two decades. As such, this Miura has known ownership history since new. 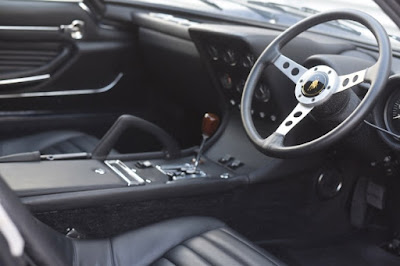 The current owner selected to transform this car into the SV specification, with the necessary front and rear clam modifications, suspension upgrades, and rear lights. Importantly, the car’s bulkhead, engine, and chassis all bare correct numbers for the original S and they are original to the car. 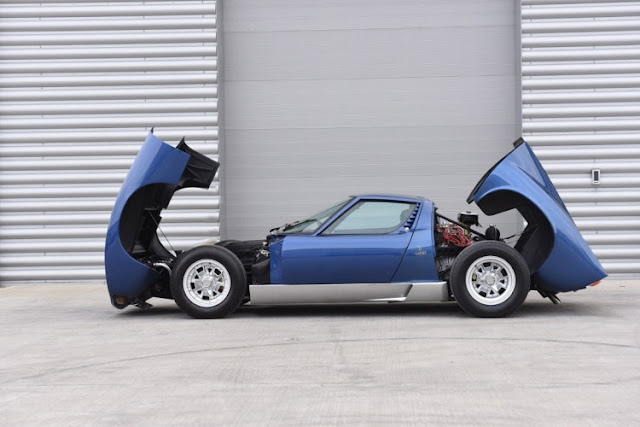 More recently, in 2013 the Miura has been restored in its SV configuration by noted marque specialist Colin Clarke Engineering.  Suspension, steering, brakes, and hubs were all rebuilt to concours condition, and all components have been properly and correctly finished.
An exhaustive overhauling of the wiring, dashboard instruments, supply lines, and tyres was undertaken, and the steering and suspension have all been laser-aligned at the cost of £70.000.
The body was beautifully refinished in the factory colour of Blue Notte, and it has black leather upholstery of the correct pattern and correct carpets. The Miura also has its original front windscreen and side glass, which remain in excellent condition. The SV conversion and recent restoration work undertaken has cost approximately £100,000.


Recently serviced ready for the sale this superb Miura does enormous credit to the Lamborghini marque as a whole and its condition, quality and performance must be seen and experienced to be adequately appreciated.