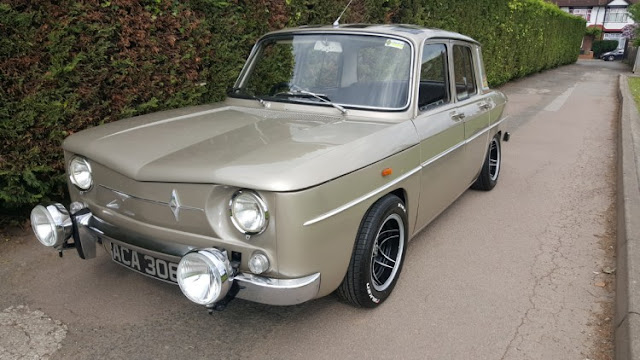 The Renault 8 (Renault R8 until 1964) and Renault 10 are two rear-engined, rear-wheel drive small family cars produced by the French manufacturer Renault in the 1960s and early 1970s.The 8 was launched in 1962, and the 10, a more upmarket version of the 8, was launched in 1965. The Renault 8 ceased production and sales in France in 1973. By then the Renault 10 had already been replaced, two years earlier, by the front wheel drive Renault 12.
They were produced in Bulgaria until 1970 (see Bulgarrenault), and an adapted version of the Renault 8 continued to be produced in Spain until 1976. In Romania, a version of the 8 was produced under license between 1968 and 1971 as the Dacia 1100. In total 37,546 Dacia 1100s were built.
This lovely example was totally rebuilt 5 years but has retained its original cosmic period wheels with Falcon Sport Tyres. The rear bumper has been re chromed and large spot lamps placed on the front of the car. The engine was fully rebuilt with full syncro gearbox, modified head to Stage 1and had an unleaded conversion.
The engine has 40 DCOE side draft webbers on a competition manifold, facet race fuel pump and adjustable filter king, competition oil catch tank and Aldon electronic ignition. The suspension was upgraded as well as the brakes which are all new. The interior has 2 Corbau period race seats, 2 Luke full harnesses and a leather stitched alloy steering wheel. The car was modified 3 years, rolling road tuned and is eligible for many motorsport categories. 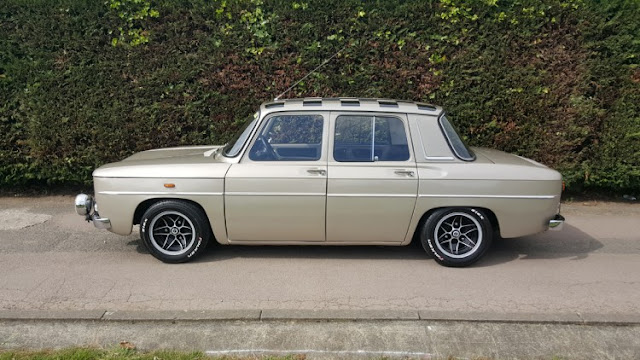 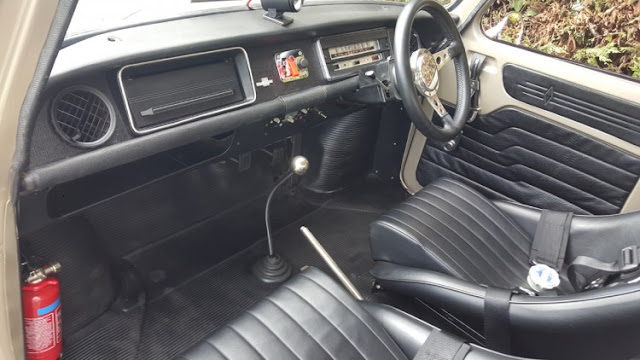