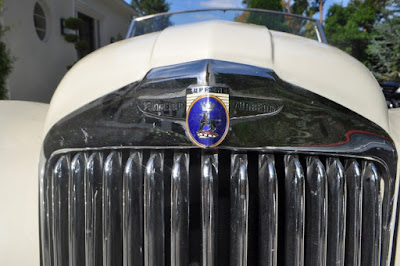 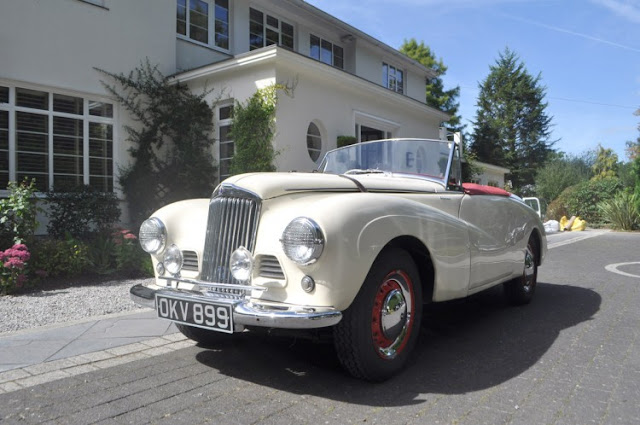 In late 1952 the Rootes Group decided to create a sports design and development team within its subsidiary Sunbeam. It was using an idea from George Hartwell a Bournemouth Rootes dealer and rally preparation expert to create an open two seater rally car from the Sunbeam Talbot Coupe production chassis that the first prototype Alpine was developed. This car LEL 333 was entered in the 1952 Alpine Rally as a testing. Sunbeams design and development engineers with ERA revised and developed the engineering to create a new prototype which was tested at Jabbeke in Belgium in March 1953 by Stirling Moss and Sheila van Damm recording a record speed of over 123 mph. Leslie Johnson racing and rally driver plus director of E.R.A. then tested the car for endurance at Montlhery and realised the car was a potential Rally winner. Sunbeam wasted no time in launching the Alpine model in June 1953 and named after the test rally of 1952. Sunbeambuild a total of 1,800 before it
was replaced by the Mk 3 in October 1954. Of cause the car featured heavily in the 1953 feature film, “To Catch A Thief with Grace Kelly and Carry Grant.
In parallel to the highly tuned prototype and the standard Alpine Model, E.R.A were secretly developing the Alpine Special. They had developed better performance from the standard Alpines single downdraught carburettor, and had lightened the car with Aluminium panels to the boot and bonnet. To gain homologation six LHD pre-production Alpine Specials cars were made along with six rally cars drawn from production registered MKV 21-26 in early 1953. With celebrity drivers such as Stirling Moss in 21, Peter Collins in 23, and Sheila van Damm in 25 the team secured many prizes in that years event. The car used revised manifolding and a down draught Solex twin choke carburettor with a standard overdrive and revised gearbox and rear axle ratios and straight through exhaust system with increased performance. Strangely the model was not available for sale until May 1954 when it was launched. ln total only 70 Specials were built with two thirds of production being LHD for export. Today the Alpine Special is a very rare model of surviving the Alpine cars.
This fabulous British sports car is presented in Ivory with a  red leather and cream piping interior which is in beautiful condition.  Also, which is rare, the car also comes with a  hard top,  which is included in the sale. A red tonneau and hood compliment the wonderful interior and the car also comes with all invoices relating to its restoration.
OKV 899 was used by John Bolster the well-known racing driver and journalist to evaluate the car and this actual car was official the works demonstrator registered to Humber Ltd.’s engineering department (as were the rally cars) in May 1954 and used by him for the article appearing in the September Autosport magazine of that year. Many photos exist of the car in archive material as it was and is now in its original colour scheme of Ivory with red interior after extensive restoration by Alpine Specialist Ken Sparkes. The car comes with many historic photographs of the 1954 Testing series and later restorations. Described as being the most important works Specials built after the six Alpine Rally cars, this is a very rare and highly collectable vehicle. 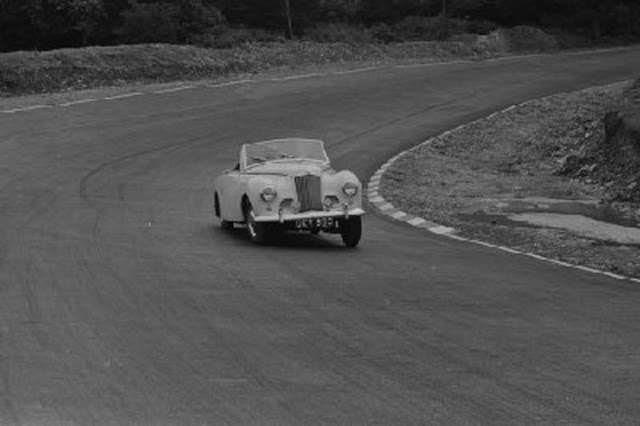 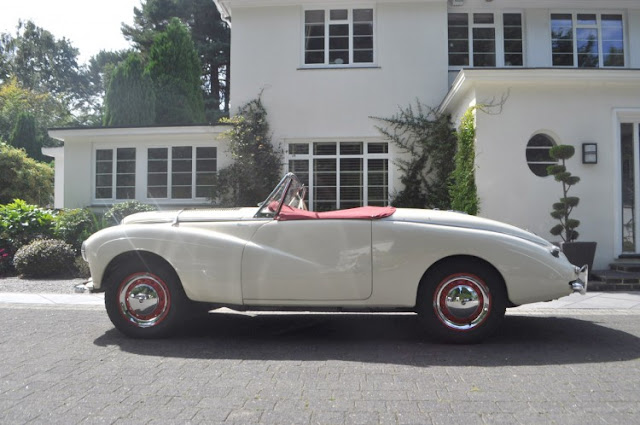 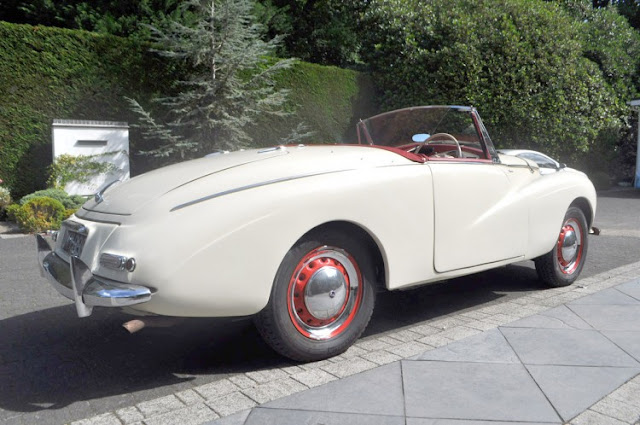 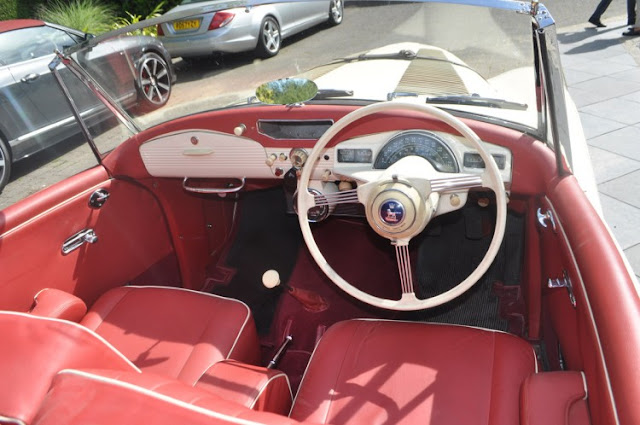