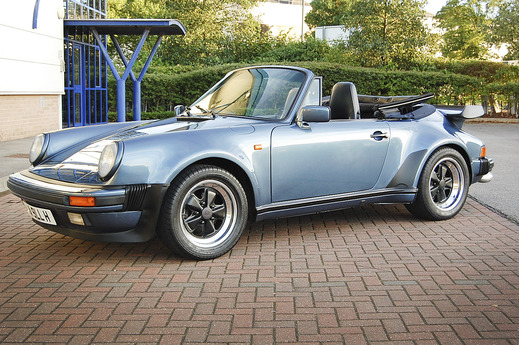 The early history of the iconic Porsche 911 is well documented, however, the mid eighties saw the replacement for the successful 'SC' model by the new "Carrera"model which was to be built between 1984 and 1989. In 1984 Porsche introduced the M491 option, which was officially called the Supersport, but was commonly known as the 'Turbo body'. It featured the Turbo wider wheel arches front and rear and the distinctive "Whale Tail". It also featured the stiffer Turbo suspension and the superior Turbo braking system, as well as the wider Turbo wheels and tyres.
This SSE Supersport Cabriolet (option M491) cost around £10,000 more than a standard 3.2, 911 and offered all the external styling cues of a 911 Turbo without the demanding handling traits of its forced induction sibling. Porsche AG's records of official Supersport production is sketchy, but according to a well-researched article in the Porsche Post 2010, only sixty-six right-hand drive Supersport Cabriolets were made in 1989.
Owned since 2004 and dry stored for the last 5 years, a new clutch has recently been fitted when the car was returned to use. A9 LLH has the more desirable G50 gearbox and is finished in a fabulous shade of Metallic Blue with a Dark Blue and white piped leather interior and colour-coded Fuchs alloys. It has full electric leather sports seats and a powered hood. Supplied with the car are its original Porsche service records and owner's manual. Owned by the current keeper for the last 12 years, the car has covered around 90,000 miles (a new speedometer was fitted at approx 70,000 and that now indicates 21,000). 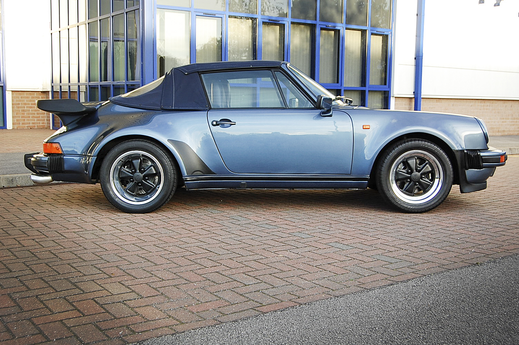 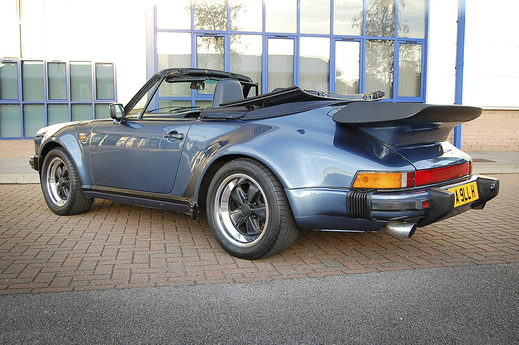 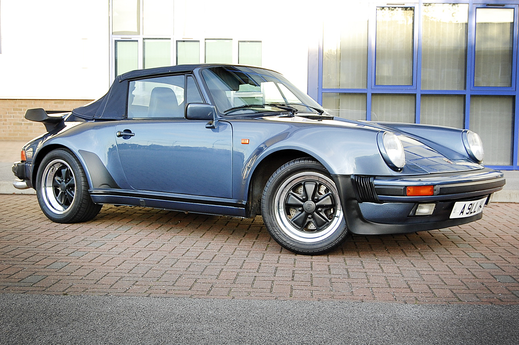 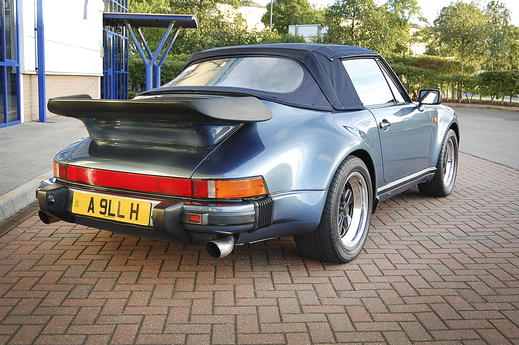 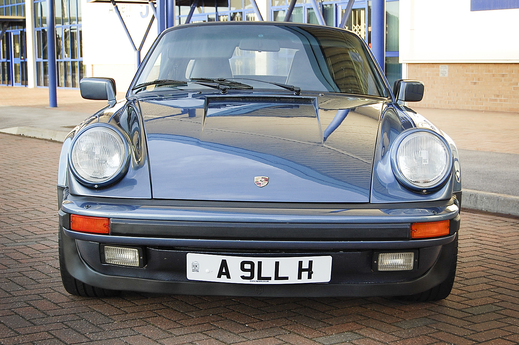 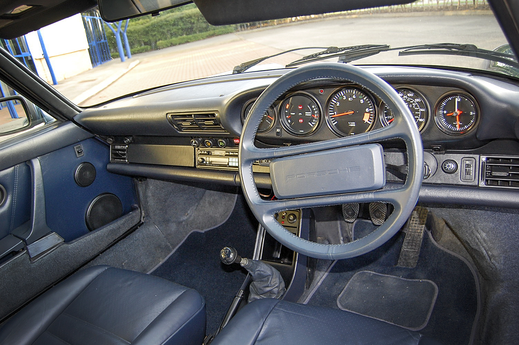