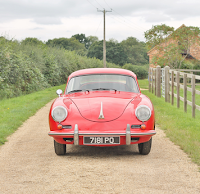 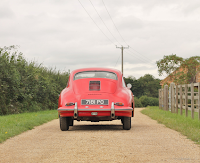 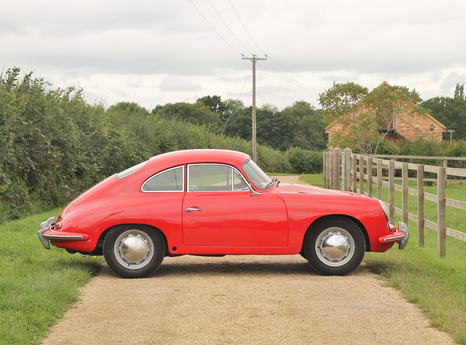 he 356 is acknowledged as Porsche's first venture into production and was a lightweight and nimble rear engined, rear-wheel-drive, two-door sporting car available in hardtop coupé and open configurations. Engineering and design innovations continued during the years of manufacture, contributing to its motorsports success and its popularity as a road car.
The model was created by Ferdinand "Ferry" Porsche (son of Dr. Ing. Ferdinand Porsche, founder of the company), based on an original design by Porsche employee Erwin Komenda, and initially its mechanicals (including engine, suspension, and chassis) were derived from the basic Volkswagen Beetle, a product of his Father's fertile imagination.
Porsche continued to develop and refine the 356 with a focus on performance, and by the late 1950s fewer parts were shared with its pedestrian cousin, and increasing success in competition and its availability worldwide resulted in the distinctive little car, in all its iterations, finding over 76,000 homes between 1948 and 1966. Today, the Porsche 356 is a highly regarded collector's car.
The 356B T5 on offer was built and registered in late 1959, making it one of the earliest UK-supplied right-hand drive cars built. Delivered through Porsche Main dealer AFN England on 10th November 1959, the car was originally finished in Atna Blue, as specified by its first owner, a Mr. Richard White of Solihull. The car remained with its first owner until 1997, when it was sold to a Mr. Pearsall of Derby. It was presumably during his ownership that the car was repainted Guards Red - a popular colour amongst the Porsche fraternity. According to our vendor, the car stood still for a number of years before he took ownership earlier this year.
The Porsche Certificate of Authenticity confirms that the car is 'matching numbers' and retains its original engine, which runs smoothly when fired up. The body condition appears to be fairly solid, and there is evidence of the original Atna blue paint on the passenger door A-post. The interior of the car is in a presentable state and it still retains its drum brakes and six-volt system.
This 356B runs and drives, but having sat for a number of years prior to our vendor's ownership, we would recommend that some recommissioning work is carried out before you take it for a blast! This car presents a perfect opportunity for those that wish to carry out a full nut & bolt restoration on what is an early UK-supplied 356B. Supplied with its UK V5c and showing an unwarranted, 67,651 miles on the odometer,  this is the perfect car to take on to a new level and, at this attractive guide price, 356B ownership has never looked better. 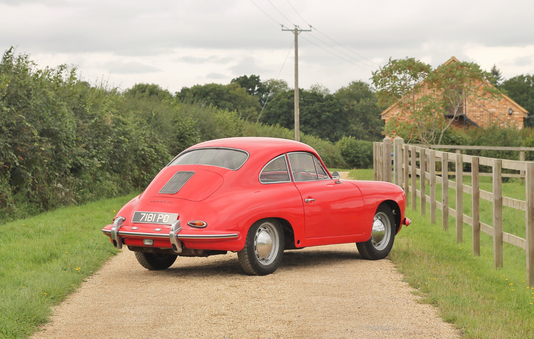