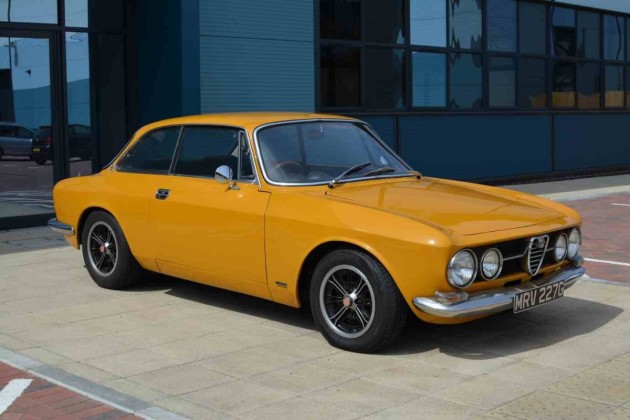 Although any Alfa Romeo 105 Series Coupe is a wonderful thing, there is no question that in the mind of the true enthusiast, the 1750 GTV is the most desirable of them all.
Introduced in 1967, not only did it have the best engine, the fantastically zingy and rev-hungry 1,779cc twin cam, it also had the best interior with beautifully sculptured and supportive deep-ribbed seats and a wood-veneered central dash pod with additional instruments and switches. Putting 122bhp and 137lb/ft at the driver’s disposal, it could sprint to 60mph in 9.2 seconds with a top speed of 116mph.
Allied to the superb chassis, pin sharp steering and effective disc brakes, it was perhaps the finest affordable sportscar of its era and was in a totally different league to anything that the British motor industry could pit against it. No wonder that 44,269 were sold before it was replaced by the slightly less eager 2000 GTV in 1971.
Built in 1968 and first registered in January 1969, a near-complete history of owners accompanies this 1750 GTV, its first owner, a Mrs Pamela Erdman of Park Lane, keeping it for three years during which time it posed around central London sporting the registration number 227 EVE – it must have looked good! The current number was assigned to the car when she sold it to a gentleman from Hollingbourne in Kent who kept it for a further five years.
In October 1977 it was sold locally, moving to its fourth owner, a Mr Knowlton of Southampton some six months later. He was also to become its sixth owner, so it either passed around within his family, or he liked it so much that he bought it back. In any event it stayed with them until heading to Brighton for a short spell, Robin Hall of Wallington finding it in 1987 and keeping it for the next 24 years. He sold it in 2011 having given the car a compete repaint in Ochre AR109 the previous year.
Fortunately the little Alfa then fell into the hands of Surjeet ‘Ricky’ Riyat of Hayes, a well-known Alfa Romeo specialist. During his 15-month ownership he rebuilt the engine with new pistons and liners, gapless rings, a ported and polished cylinder head with centreline big valves, heavy-duty springs and C&B camshafts. The correct Weber 40 DCOE 32 carburettors were rebuilt and a new fuel tank installed along with a rorty GTA exhaust system.
Ricky also had the suspension components cleaned and powder coated and renewed the bushes and wheel bearings. Eibach springs were added with shortened rear springs and an anti-roll bar. While he was at it, the car received a new clutch and a complete brake overhaul. More detailed refurbishment took place, including a new heater matrix and correct Carello outer headlamps and new inners, a lucky find indeed. During 2012 he fitted a new interior complete with seat covers, headlining and interior veneers, the end result being a tribute to his workmanship.
The Alfa came into the hands of the vendor in 2013 and has covered around 3,500 trouble-free miles since, the speedo currently showing some 72,200 miles. Forming part of a local collection of interesting classics, its owner is downsizing the collection to more manageable proportions and has reluctantly decided that this fine example has to go.
MOTd until August next year (with no advisories), this superb 1750 GTV ticks all the boxes in terms of its continuous history, colour, model and condition. What’s not to like? 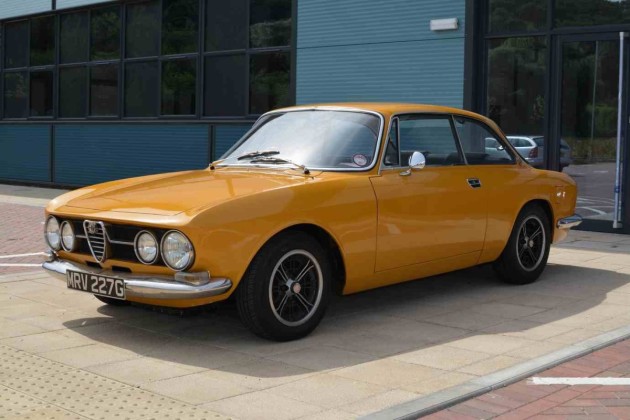 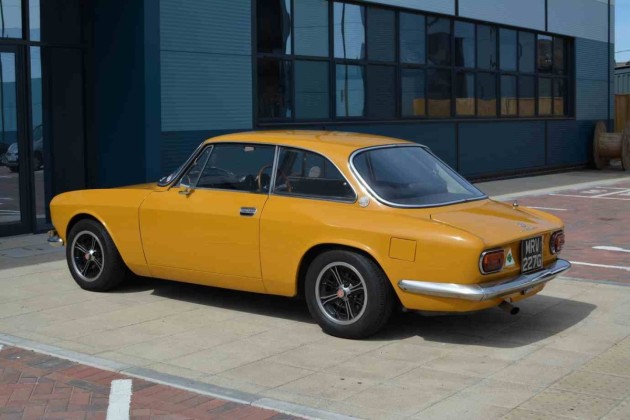 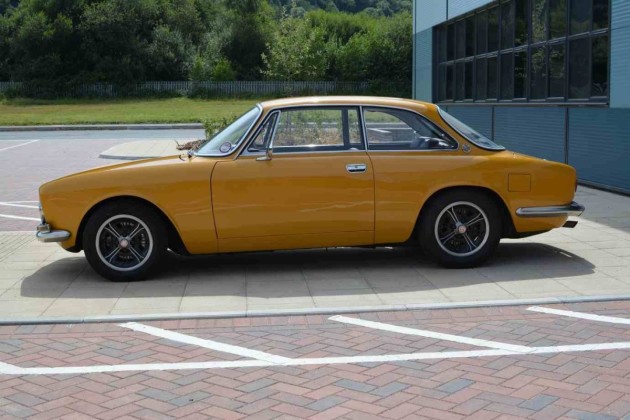