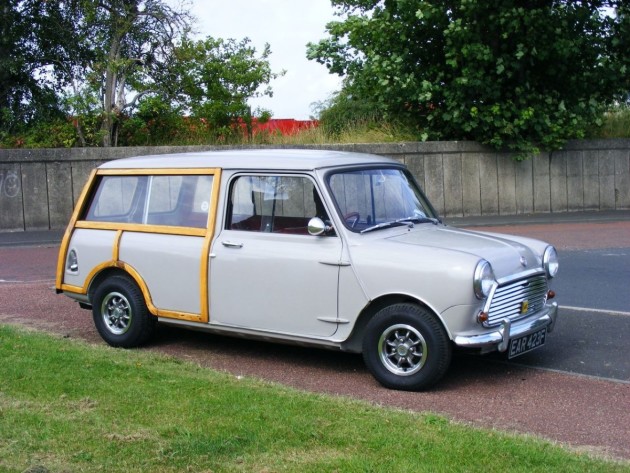 When the first Minis went on sale in August 1959, it is fair to say that the public were initially slightly baffled by this tiny little box with its small wheels and funny front-wheel drive.
However, as word gradually leaked out about its amazing handling prowess and huge fun factor, it quickly became a cult object that came to symbolise the freedom of the Swinging Sixties. One of the greatest car designs of all time, it had a classless appeal that made it welcome everywhere and by 1966 over a million had been sold.
With go-kart handling and excellent brakes, it was a huge success in competition and literally ran rings around far larger and more expensive cars that simply could not keep up with its cheeky pace. It was to remain in production for an astonishing 41 years, still remaining recognizably the same car in 2000 as it had been at launch in 1959.
While everyone knows about the saloon, the van and the Countryman estate, few people realise that there was also a ‘woodie’ version, much like the far more familiar Morris Minor Traveller, which had decorative, non-structural wood framing around the rear bodywork. Like the Countryman, it had double ‘barn-style’ rear doors and was built on a slightly longer chassis of 84 inches compared to 80.25 inches for the saloon. Built between 1961 and 1968, only 99,000 Morris Mini Travellers were built in total and survivors are now exceedingly rare.
As the accompanying Heritage Certificate confirms, this Morris Mini Traveller was built in April 1968 finished in Sandy Beige and was sold new via Stevenage Motor Company, being registered to its first owner in June of that year. He was clearly well pleased with the car because he kept it right up until 2010 and it has only had one further keeper since.
In good condition throughout with a very smart original interior, it retains its original engine but this has been considerably souped up internally to give it rather more poke than its looks might suggest, although the alloy wheels hint at the extra performance on tap.
The original block has been rebuilt using Mini Cooper D-top pistons and a Mini Cooper 12G295 cylinder head. There is also an Oselli inlet manifold with a single SU HS4 carburettor and a Cooper free-flow exhaust manifold mated to a full Maniflow exhaust system. An all-synchromesh gearbox has also been fitted along with uprated Cooper brakes with minifin drums at the rear. The suspension has also been uprated with hi-los all round and KYB Gasadjust shock absorbers. The car has been converted to negative earth and an alternator fitted.
Said to drive well with 70psi oil pressure, excellent handling and a good turn of speed when required, it is MOTd until August 2017, the only advisory being the rather curious “full under-side of vehicle undersealed”.
On the button and ready to go, this rare and discreetly modified 'matching numbers' Traveller needs nothing more than a proud third owner behind the wheel. 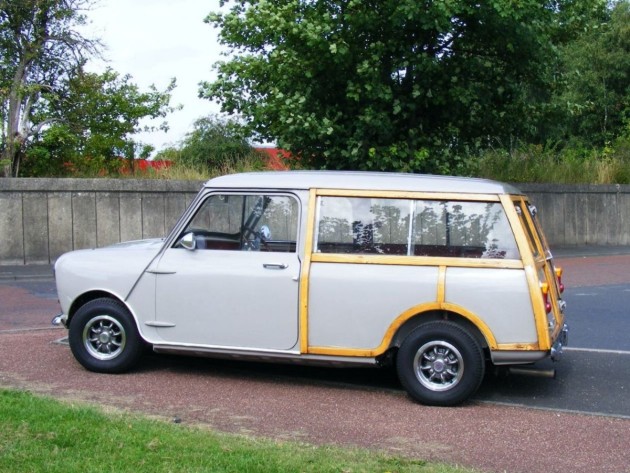 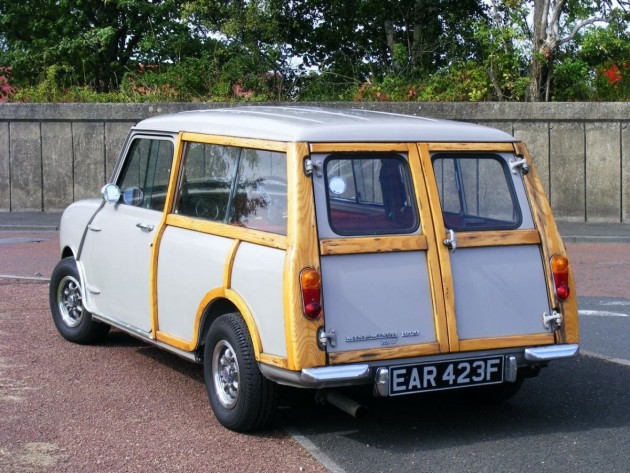 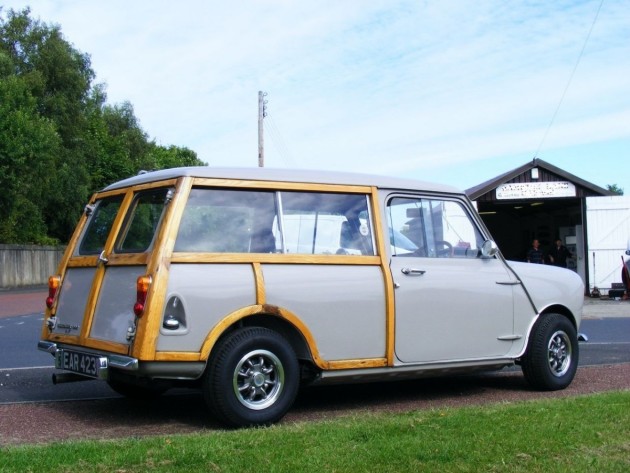 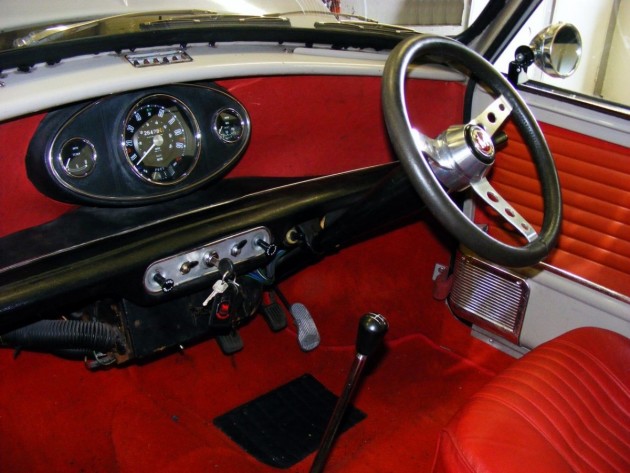 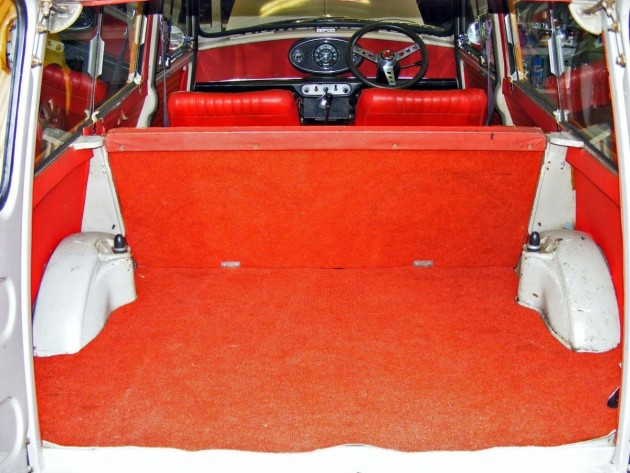 KEEPING IT THE CLASSIC
Since: 2010