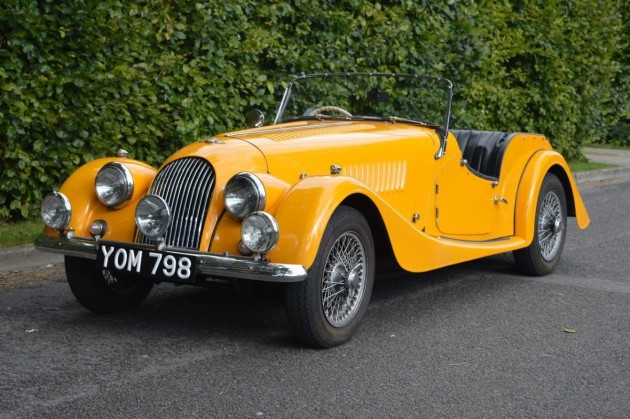 Launched at the 1950 Earls Court Motor Show, the Plus 4 was a more powerful version of the venerable 4/4, Morgan’s first four-wheeler which had made its debut in 1936.
Built on a strengthened and slightly lengthened 4/4 chassis, it was the first Morgan to feature hydraulic brakes and initially used a Standard Vanguard 2,088cc engine driving through a Moss 4-speed gearbox. In 1953 a higher performance version was available using the excellent Triumph TR3 1,991cc engine. Now with 100bhp on tap it could sprint to 60mph in 9.3 seconds with a top speed a whisker over the magic ton.
Peter Morgan was an active competitor, using his cars to promote sales and the Morgan marque to good effect. He was supported by the factory along with a wider group of friends and dealers who competed in events across the world, the factory doing all it could to encourage the use of its cars, supplying parts at cost (or less) and in some cases assisting in the preparation too.
Lighter by far than nearly all of the competition, the rugged cars acquitted themselves extremely well in all forms of motorsport, especially in trials, endurance rallies and on the track. The highlight of the Plus 4’s career was undoubtedly its emphatic victory in the under two-litre class at Le Mans in 1962 driven by Chris Lawrence and Richard Sheppard-Barron. A stupendous achievement considering that the car was driven from London to take part, ran nigh-on faultlessly for 24-hours averaging a whisker under 100mph for the entire time (including stops!) and then, as money was in short supply, driven home after the race!
Available with either two- or four-seater coachwork, it was a viable competitor to rival offerings from Jaguar, Riley and Alvis and remained in production until 1969 during which time 3,642 examples of all types were sold (although, in true Morgan style, the Plus 4 was relaunched in 1985 and is still available today).
The vendor of this well-campaigned example spotted it for sale through a dealer in the US erroneously described as a Lawrence-tune car. Familiar with its UK registration number, he understood the car’s significance and managed to acquire it in 2015 having always hankered after a two-seater to sit alongside his collection of ‘hot’ three-wheelers and a +4 DHC.
This extensively documented example has a factory build record showing its first owner as Brian Harper. An already active and highly successful competitor in a white (later red) +4 purchased through Hunts in Birmingham (registered WOF 559), he went to see Peter Morgan at the factory in 1959 to order a new Plus 4 which was specified with wire wheels, a Brooklands steering wheel and the recently introduced optional disc brakes. It was delivered not long after and registered YOM 798.
One of his first events in the new car was the London Motor Club’s annual rally. Over 700 miles of hard driving through the night saw just five clean sheets out of 200 competitors, Harper (ably navigated by Ron Crellin) winning the event outright. Shortly after, the factory entered a works team of three +4s in the 1959 RAC Rally, Harper joining Peter Morgan and Pauline Mayman – all three cars finishing this particularly gruelling event.
Harper then drove YOM 798 to an outstanding victory (along with his brilliant navigator Ron Crellin) in the 1960 Welsh Rally, continuing his winning ways in the ‘Cats Eyes Rally’, the ‘Express and Star Rally’ and the ‘Birmingham Post National Rally’ along with a class win in the 1960 London Rally and a finish in the main RAC rally that year (this time navigated by Peter Astbury) – the car now being slightly worse for wear after an excursion into a fence! Brian Harper and Ron Crellin were comfortable overall winners of the British Trials and Rally Association Gold Star award, all in YOM 798. According to the factory repair shop records, YOM 798 returned to the works not long after for a well-earned rebuild including a new chassis.
Not long after, Harper’s friend and one-time navigator Peter Astbury took on YOM 798, continuing to use it actively, including several more RAC rallies although the car/driver combination wasn’t able to emulate the car’s earlier successes. After 1963 its history becomes unclear, although it is believed to have been rebuilt once more in the early ‘70s with new ash woodwork and steel wings before emigrating to the US in 1975 where it was to remain until repatriated last year. It has always been right-hand drive and retains its original engine.
Since its arrival back in the UK, the vendor has fitted a new clutch which has been correctly balanced, a hi-torque starter, electric fan and generally sorted a number of niggles. The steering box has been reconditioned and new drag links, king-pins and telescopic rear shock absorbers fitted. In addition a scuttle roll bar has been installed and the car given a thorough service and check-over. The oil pressure is reported as excellent, with 70psi at 3,000rpm. He has also added a period spotlight as fitted to the car in its competition heyday. The hood is described as serviceable and it comes with a pair of sidescreens but no tonneau cover.
The vendor has undertaken a great deal of research into the car’s history, finding numerous references including the RAC Rally Review, many photographs and a write-up in AutoSport in December 1959. The car is also extremely well documented in Jake Alderson and Chris Chapman’s definitive work ‘Morgan Sports Cars – The Heritage Years 1954-1960’, a copy of which is generously included in the sale.
In eminently usable condition, YOM 798 isn’t going to win any concours events, but its early competition history and ‘works' RAC Rally entrant status makes it stand out from crowd as one of the most desirable and important +4s in existence. 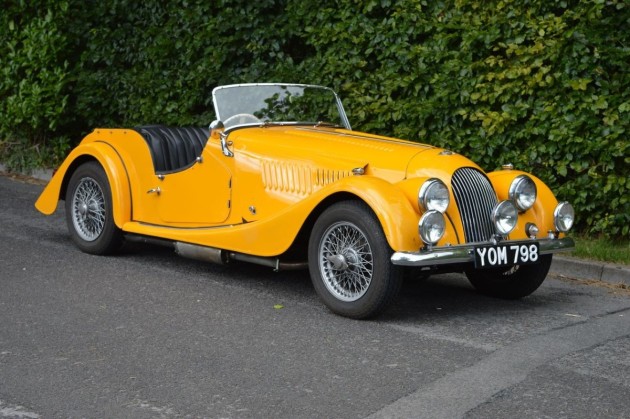 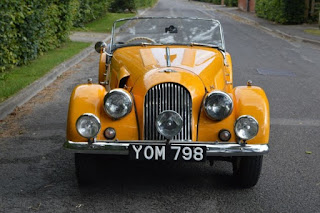 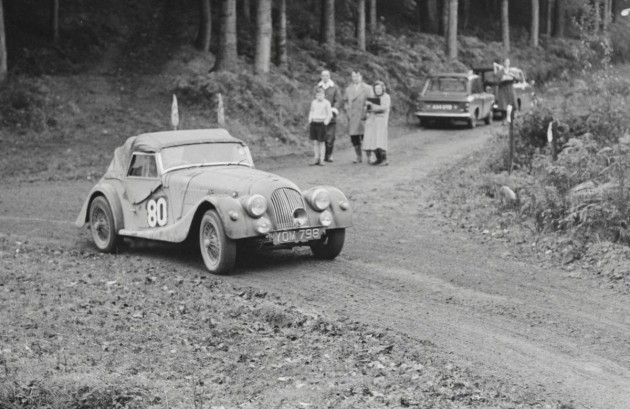 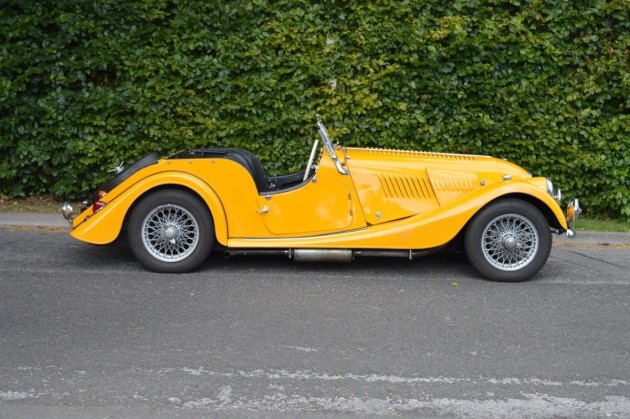 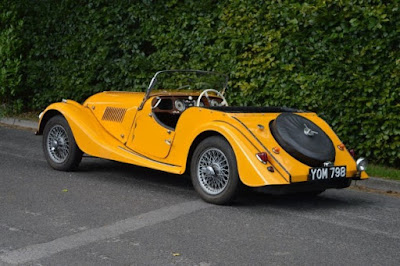