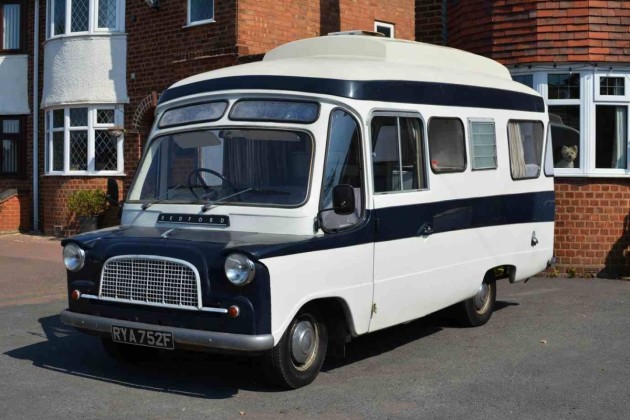 Launched in 1952, Bedford’s CA range of light commercials proved so successful that it remained in production right up until 1969.
With a distinctive pug-nosed front end and a goldfish-bowl windscreen, the CA was generally supplied as a light delivery van but was also sold in chassis cab form for conversion into a light truck. Early models had a 52bhp 1.5-litre engine but from 1964 this was replaced by a more powerful 1.6-litre unit from the Vauxhall Victor FB. Allied to a three- or four-speed gearbox this gave the CA a top speed of around 70mph.
Dover-based commercial coachbuilding firm, Martin Walter Ltd, had realised that many CAs were being used by travelling salesmen and delivery drivers who were sleeping in them overnight. In 1957 they developed (and patented) the ‘Dormatic’, a clever folding seat arrangement that converted into a bed. They soon added a sink and gas stove before their master-stroke, the patented Dormobile pop-up roof which, with two bunks aloft, converted the small van into four-berth accommodation. So popular was the Dormobile Camper concept that special trains were laid on to ship the base vehicles down to Kent for conversion, some 10,000 Dormobiles of all types leaving the works over the next few years.
Always on the lookout for new opportunities, Martin Walter introduced the range-topping Debonair. Built on a Bedford chassis-cab, its full-size glass-fibre body was more caravan than converted delivery van and it came fully equipped with a galley kitchen, flushing toilet and gingham curtains. It still offered the same four-berths as the lower-priced Dormobile, but in the Debonair the beds were actually big enough for a good night’s rest. You could stand up in it and it incorporated clever ventilation – probably just as well considering the on-board facilities! The corrosion-free bodywork and large window area included distinctive curved rear privacy windows, all state-of-the-art features at the time.
First registered in March 1968, this Debonair has had just three owners from new and is remarkably original throughout. It has never been modified and comes with 15 old MOTs, some original brochures, handbooks and a highly believable 46,318 miles on the clock.
Owned for the last 12 years by a retired jeweller whose passion has been attending steam fairs and classic car shows, it has been both exhibit and accommodation at the same time; which is a bit like killing two birds with one stone and getting your stone back – a clever trick if you can pull it off!
With occasional trips to the Welsh seaside and ventures to Beaulieu in Hampshire each year, the miles have hardly piled on, however the engine was showing signs of tiredness in 2012 so the vendor replaced the crankshaft bearings. In January 2015 a major brake overhaul took place with a new master cylinder, wheel cylinders, brake shoes, flexible pipes and front hubs all being fitted along with a pair of new tyres and fresh spring bushes.
This highly authentic and unmolested Debonair is MOTd until January 2017 and offers the classic camper enthusiast a taste of luxury combined with the freedom of the open road – 1960s style of course! 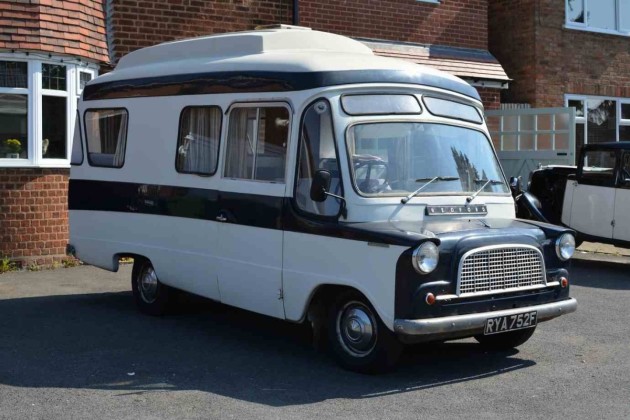 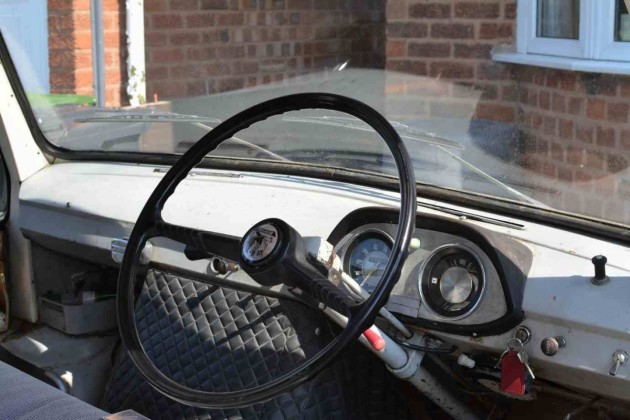