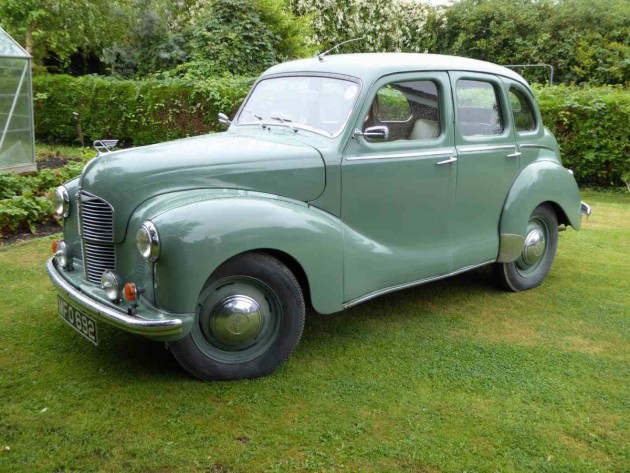 The A40 Dorset and Devon were introduced in 1947 to replace the pre-war 8 and 10 models, the model designation showing the approximate horse power, while English Counties were used to distinguish the models, the Dorset having two doors and the Devon four.
Built along traditional lines, with a robust chassis and independent coil suspension at the front, they featured a new 1,200cc overhead valve engine designated the ‘B’ series, which in various guises and capacities was to last until the 1980s. Good for around 70mph, these solid and reliable little cars sold well and were successful in many export markets, in particular Australia and New Zealand, with over 275,000 being made in total.
First registered in June 1948, this delightfully original Devon four-door has been owned by the vendor for the last 30 years. A retired motor engineer, he has always looked after it properly and kept on top of all those issues that inevitably crop up on vehicles of this vintage. During a respray some years ago the vendor replaced both front wings, undertook various panel repairs and fitted a new rear bumper. He also added new headlights complete with shells and chrome rims and then used it extensively to show at vintage and steam rallies along the English/Welsh border.
Eventually his interests moved elsewhere and he stopped using the car about 10 years ago, putting into storage although he continued to start it and run it up to temperature every month or so in order to keep it ready for use. Around three years ago he decided that it could do with an engine overhaul, so he stripped the engine and fitted new big end bearings, new mains, piston rings, gaskets and timing chain. The head was given a thorough check over and valve grind and the engine reassembled and returned to running condition.
Remaining unused since then, it could really do with some thoughtful recommissioning before venturing onto the public highway, although a recent check of the brakes and the electrical system revealed that everything seemed to be working okay, although it should be noted that the heater is not working and the tyres, although showing good tread, are beyond their ‘use by’ date.
This classic piece of post-war design is in lovely original condition and will require only a modicum of attention before it can be pressed back into use once more on the highways and byways of Britain. At the very budget end of the classic motoring spectrum, this charming little Devon offers as much fun and entertainment as cars costing ten times the amount and is only reluctantly for sale due to the advancing years of its long-term owner. 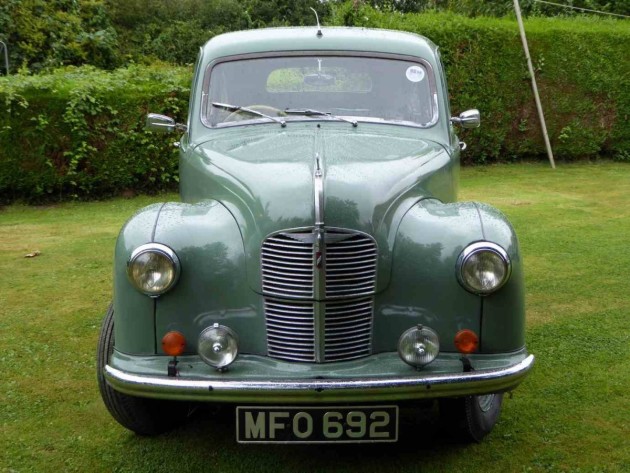 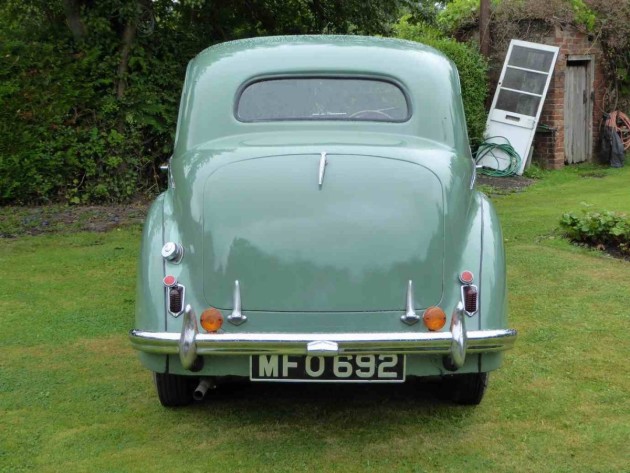 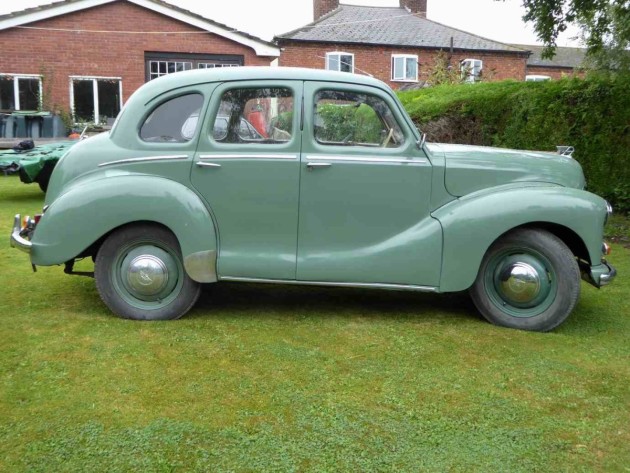 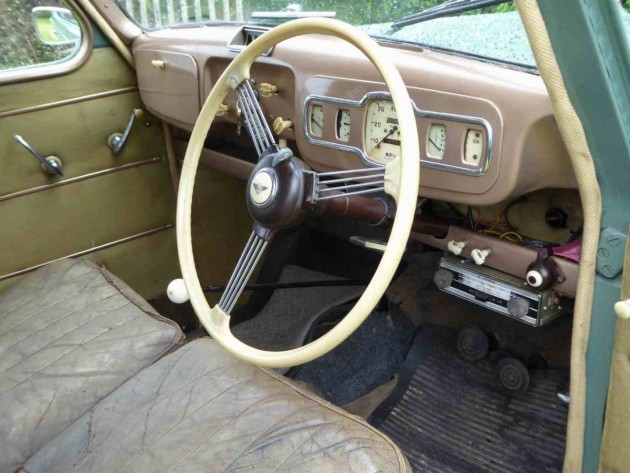 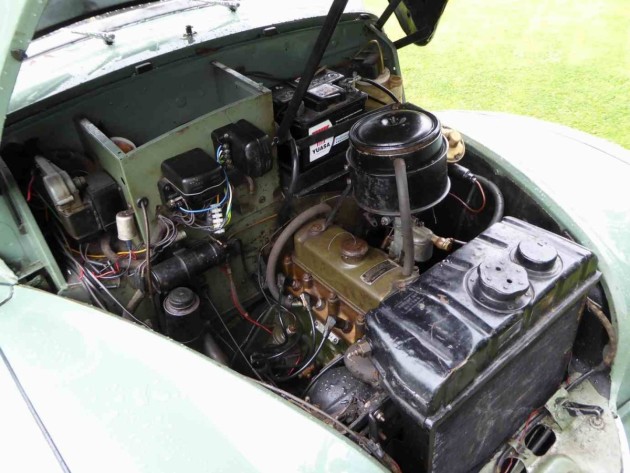 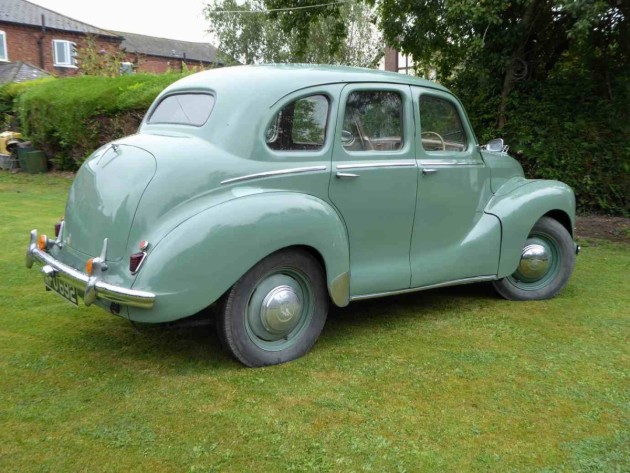 Email ThisBlogThis!Share to TwitterShare to FacebookShare to Pinterest
Labels: a 40, austin, Brightwells, devon