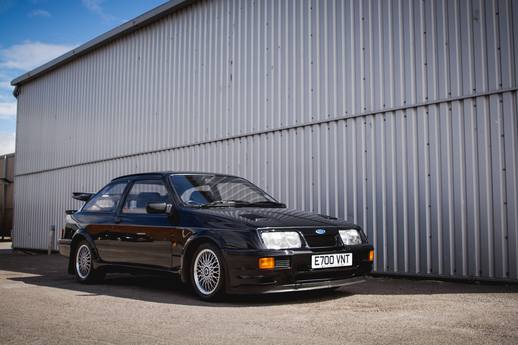 When Stuart Turner was appointed the head of Ford Motorsport in Europe in 1983, he quickly came to the conclusion that the company was no longer competitive in motorsport. Walter Hayes, having instigated the Cosworth DFV engine and Ford's assault on Le Mans with the GT40, was still the driving force at Ford and not surprisingly, Hayes was enthusiastic about Turner's plans to produce a turbocharged Cosworth 2.0 litre engine that would power a current Ford saloon in motorsport. Cosworth already had a cylinder head design that was promising and was matched to the Ford T88 Pinto block, so they agreed to produce the 2.0litre turbo engine providing that Ford signed off a production run of 15,000 units.
The introduction of the Sierra in 1982 required a marketing boost, so it was allocated to become the platform for Ford's new competition aspirations. It was rear-wheel drive, had good aerodynamics, albeit being prone to lift at high speeds and  was available as a three-door. The new body kit and rear spoiler would sort out the lift issues, but Ford still needed to build 5,000 units for homologation; this was somewhat worrying when Turner's initial approach to the dealer network came back with an estimate that suggested they could sell around 1,500 units! The successful eventual sales record is of course history. Ford went on to sell 5,545 three-door cars including the RS500, of which only 500 were built, and the Cosworth engine also found its way into nearly 30,000 Ford Sierra Saloons (Cosworth 3dr, Sapphire 2wd and 4wd). The Sierra Cosworth comfortably exceeded Ford's wishes and it went on to become one of the most successful Touring Car racers of all time, winning races all over the world.
This stunning, matching numbers, RS500, build number 50, was delivered via Telford Ford to its first owner in August 1987. Showing a mere 50,943 miles at the time of cataloguing, this car has been fastidiously maintained throughout its life as can be seen in its extensive history file containing the original fully stamped service manual which quite literally has been filled to the point where no more stamps can be added.
It remained with its first owner until the summer of '88 when it was sold to its second custodian who kept the car until '95, and in a similar fashion to his predecessor, the car was annually serviced and well maintained. The third owner kept the car until 2011, continuing the high standards of maintenance and care. Its fourth and current owner, in common with the first three, kept the car in great condition but did not register it in his name and instead put the Cosworth into dry storage. In 2015, it was sent to Paul Linfoot for a full service where a new clutch, new cam belt and tensioner, and a new oil filter were fitted. During our vendor's ownership, a new stainless steel exhaust has been fitted, along with a new rocker cover gasket and a new fuel pressure regulator all totalling £1,055. Supplied with an MoT until 30/11/ 2016 and its V5c.
These cars of the Eighties and Nineties are becoming increasingly sought after and are some of the fastest appreciating classics in the current market, and the appetite for well kept, low volume Fords, in particular, shows no sign of abating. Now offered for sale once again, this sparkling Cosworth RS500 is an absolute must for the astute collector and enthusiast, as well as being tremendous fun to drive. 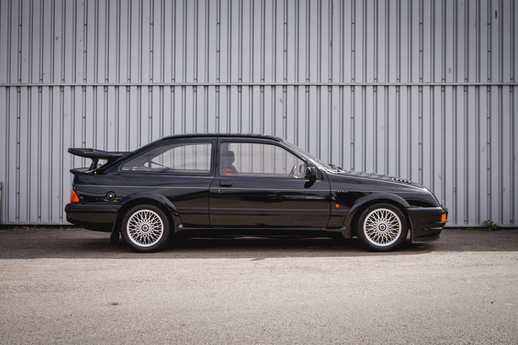 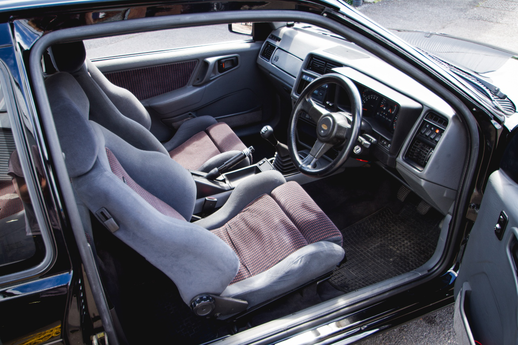 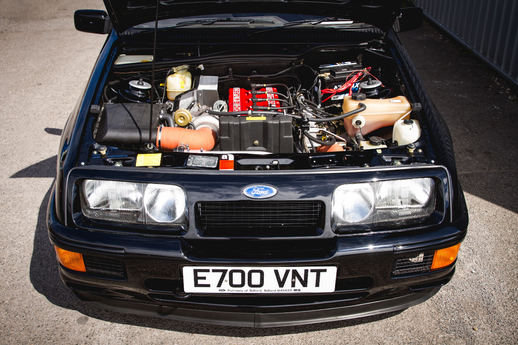