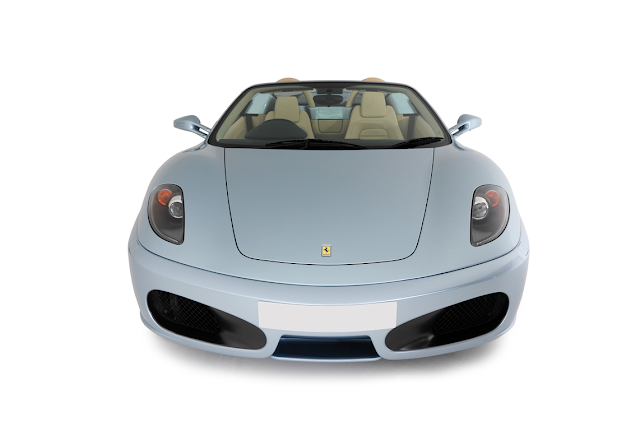 Manufactured from 2004 until 2009, the Ferrari F430 was the successor to the enormously successful 360M. According to its creators, the F430 was at least 70 % new compared with the 360. It had a new engine, a new F1 gearbox, a new diff and a brand-new chassis, and although the styling is obviously reminiscent of the 360M’s, in reality, it’s pretty much a ground-up design. Only the bonnet, doors, and roof were carried over; the rest, even the door mirrors, were all new and largely the work of Pininfarina, overseen by Ferrari’s design chief Frank Stephenson.
The F430’s complex variable-valve-timing system is also lifted straight from the Enzo’s V12, and as ever there is dry-sump lubrication, a very high compression ratio (11.3:1), a variable airflow plenum chamber. and an enormous electronic brain making the decisions in the form of not one, but two, Bosch Motronic ME7 ECUs. At 483bhp it has a significant 21 % more power than the 360. Its fabulous 4.3-litre V8 will rocket this very sleek new Ferrari from 0-62mph in just 3.7 seconds and on to a maximum speed in excess of 196mph.
Having been designed initially with a later convertible in mind, the arrival of the Spider in 2005 was no surprise. Weighing only a few pounds more than the Berlinetta and having been designed with the aid of the company's F1 aerodynamicists, the Spider is just as slippery and its top speed is only a few miles an hour less. The ingenious electric soft-top mechanism works really quickly and makes its predecessor seem almost ponderous by comparison. A soft top was chosen as opposed to a Mercedes-style folding steel panel as Ferrari wanted its glorious red-top engine to remain in view.
Offered here is a UK, right-hand drive F430 Spider that’s fitted with the rare and desirable manual gearbox. Presented in the striking combination of Grigio Alloy (Light Blue/Silver) with Crema hide, this car has covered 13,100 miles since leaving Maranello in 2008. It has a full service history having been looked after by Graypaul with the most recent service on 26/07/2016 and the history file contains a comprehensive list of the Ferrari's maintenance from new.
Factory fitted options include ceramic brakes with red calipers, coloured dashboard, electric seats and the Navtrak anti-theft system. Not only that, but this car comes with its full Ferrari tool kit, tyre pressure and puncture kit, Ferrari car cover, seat covers, wired-in battery conditioner and still has one year left on its Ferrari power warranty.
This low-mileage 430 Spider has clearly been well cared for and being well optioned, particularly with the manual gearbox, is a very desirable car.
Photo credits: Auto Italia Magazine. 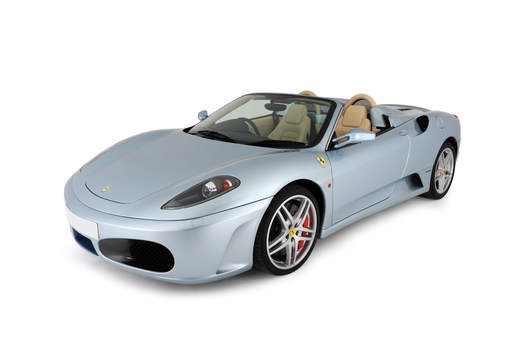 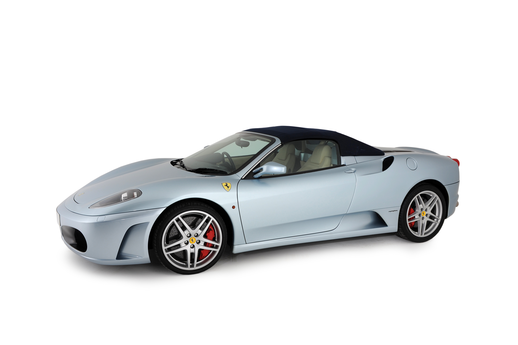 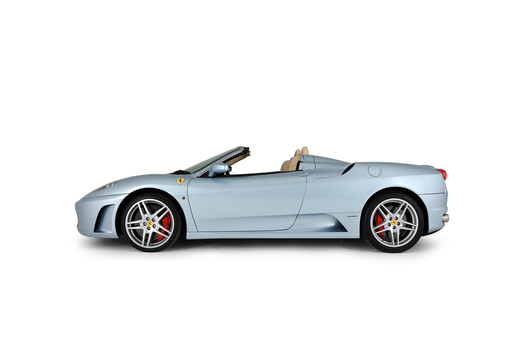 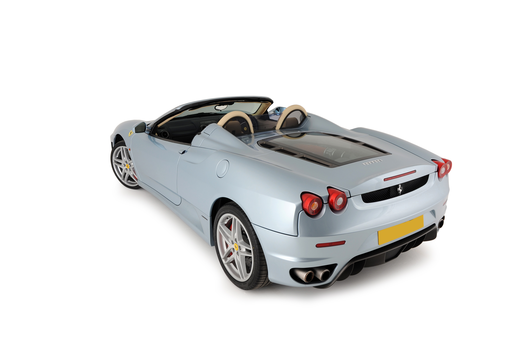 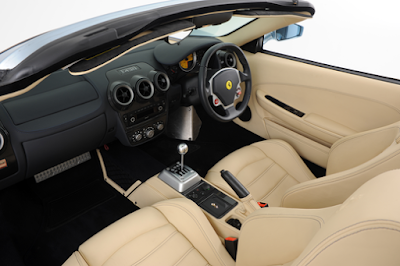