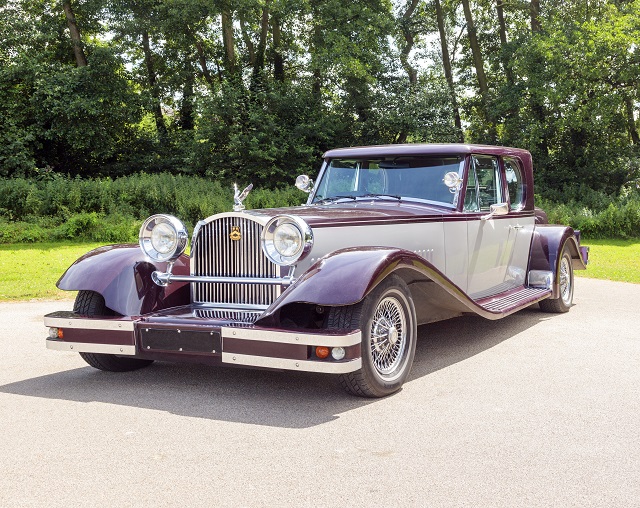 This is a unique car in every way, a one off built for a classic car collector in 1980, taking five years to complete finally being registered in 1985. Based on the Jaguar V12 running gear on a chassis,  the aluminium body was created by ex-workers from Aston Martin body shop and since being built has only covered 11,500 miles. At the time of construction, it cost around £250,000 to build. Featuring gullwing doors to the rear compartment this stunning car, like the Panther DeVille, it used the Bugatti Royale as its inspiration for its design. Similar to the Royale, cost was not a deciding facture in building this car. Featured on the BBC programme, Top Gear in 1985, it was built to the highest of standards featuring Connelly grey leather, crystal wine glasses, on-board umbrellas and lamb's wool rugs. The coachwork is finished almandine red and dove grey with full Aston Martin grey leather seating; it has a full service history having only covered 11,500 miles since being built. This is a totally a one-off car which has been built to the highest of standards which would reduplicate the coachbuilders of the 1929's in their heyday. The Buckingham is supplied with a V5C registration document, an MoT test certificate which expires in August 2017 and a file containing some history. This is a very rare opportunity to purchase a unique piece of motoring fine art which has been loved and cherished by all of its previous owners.﻿ 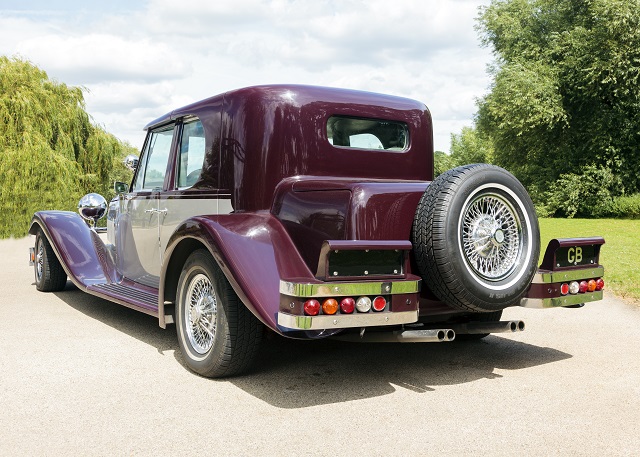 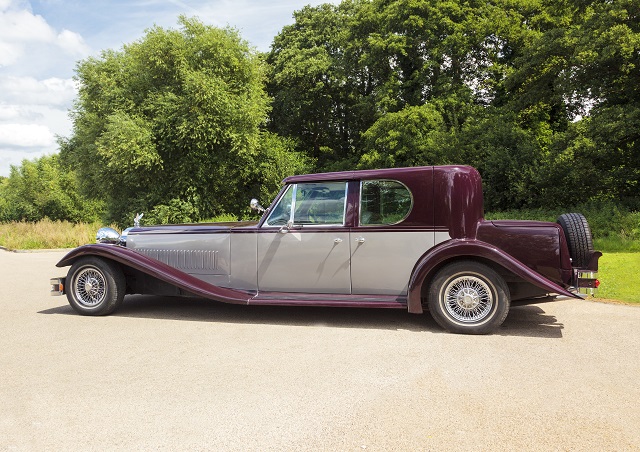 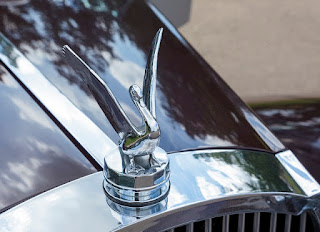