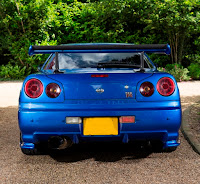 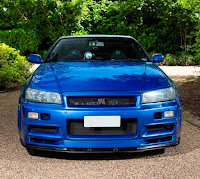 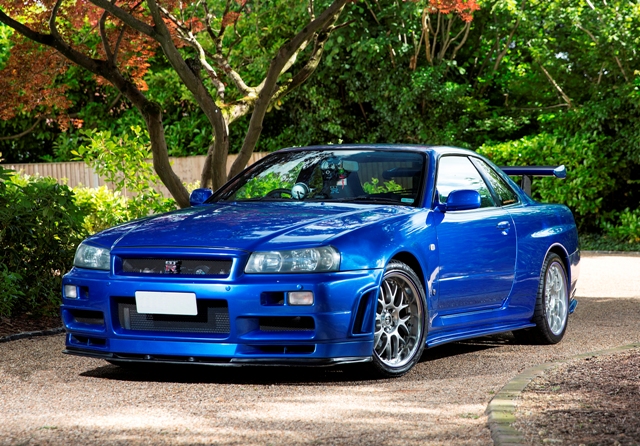 The first GT-Rs were produced from 1969 to 1973. After a 16-year hiatus, the GT-R name was revived in 1989 with the Skyline R32; this car was nicknamed "Godzilla" by the Australian motoring publication 'Wheels' in its July 1989 edition. Few cars have built up quite such a mantle of invincibility as Nissan's Skyline GT-R. Founded on saloon car racing dominance, almost implausible lap times of the Nürburgring and an underground following that translated into unquenchable public demand here in the UK, the Skyline has created its own legends. Although the torch is now carried by the R35 GT-R, a car that has dispensed with the Skyline badge, the last of the Skyline GT-R models, the R34, remains the definitive Playstation generation car. The V·spec version was imported into the UK with a number of modifications carried out on the car; these included three additional oil coolers, revised ECU map, full Connolly leather interior, underbody diffusers, stiffer suspension, active rear limited slip differential and extra display feature on the in car display.

Originally registered in November 2000 and in the most desirable Bayside blue, this example is among the best we have seen. It benefits from a comprehensive history from its original home in Japan and a service from Torque GT since its UK registration followed by further inspections by Abbey Motorsport. A facelift model offering a staggering array of standard options with no engine modifications, this largely standard Nissan comes with a few sympathetic and complementary upgrades such as a NISMO aero upgrade, rare 18" Volks alloys, Carbon risers and Ohlins coilover suspension.

Finding unmolested examples of the ever popular R34 is becoming extremely difficult and, having been imported by renowned and trusted Torque GT, this represents a car that can genuinely be considered a collector's example. A blisteringly fast car to drive with its twin turbo engine coupled to four wheel drive technology; not much can test the V-Spec for pace and the look never fails to stop traffic. Offered with an MoT test certificate valid until December 2016, import documentation, UK and Japanese history, receipts and the important alarm and tracker documentation, this R-34 Godzilla is sure to be popular with all ages and collectors. 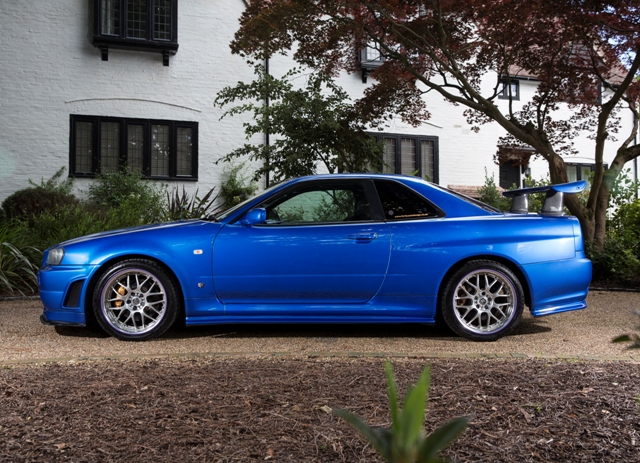 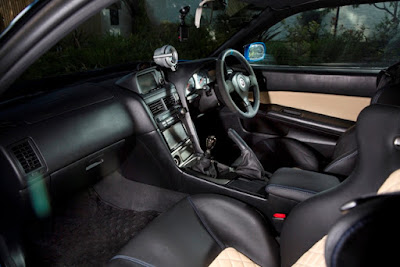 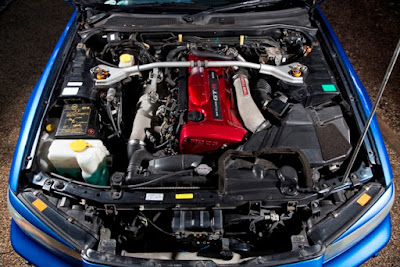