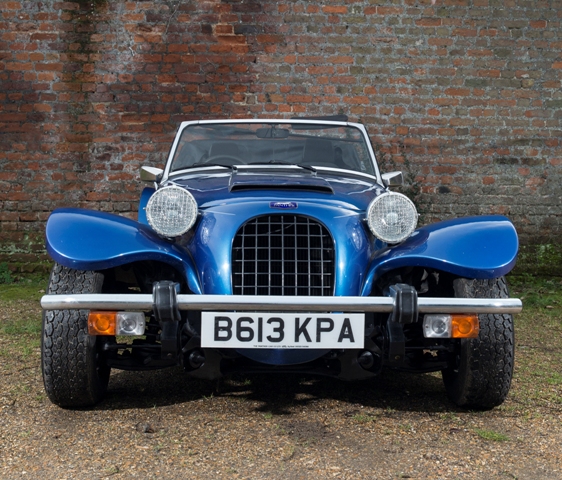 After financial troubles forced owner Robert Jankel to sell Panther, the marque ended up in the hands of a Korean conglomerate headed by the petrol head Young C Kim. Under Kim's stewardship, the Lima evolved into the Kallista, and Panther refocused its efforts into a more accessible end of the market.  Unlike the Vauxhall-based Lima, the Kallista used Ford mechanicals, including a range of engines from 1.6 L straight-4 to 2.9 L Cologne V6. Like its predecessor, it featured styling resembling earlier Allard and Morgan cars. Instead of a glass fibre body, it used aluminium over a steel chassis, and the Vauxhall mechanicals were replaced by a series of Ford engines. Surprisingly popular and certainly capable, the Kallista kept the company afloat throughout the 1980s.
This 2.8 litre example of a rare early Panther Kallista presented in metallic blue with black interior sports trim has had a sheltered existence having been purchased by a London trader in 19xx, the car was used sparingly throughout its early years but due to work commitments this example soon found itself tucked up in the garage rather than out on the road. Due to its lonely cooped up existence this example has covered just 18,674 miles and thus represents a real collector's item. Having been in storage for so long the vendor has recently re commissioned the vehicle, this included a new service and MoT test certificate valid until February 2017. With just 77 Kallista's believed to be in existence and with such low mileage this has to be the ultimate opportunity for any potential Panther owner. 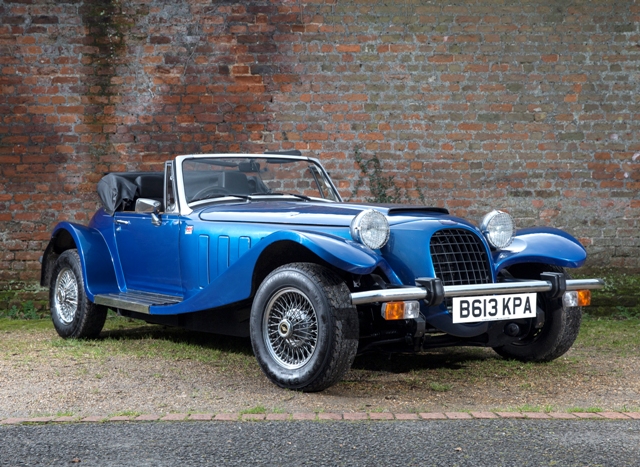 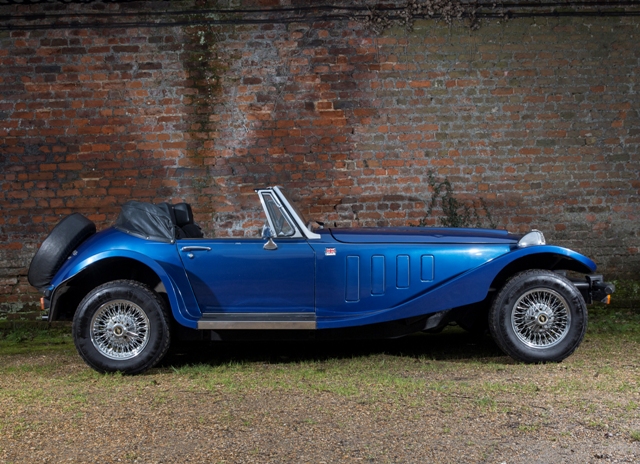 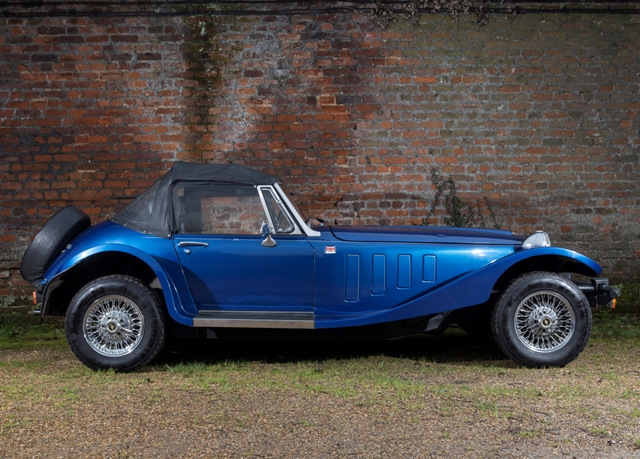 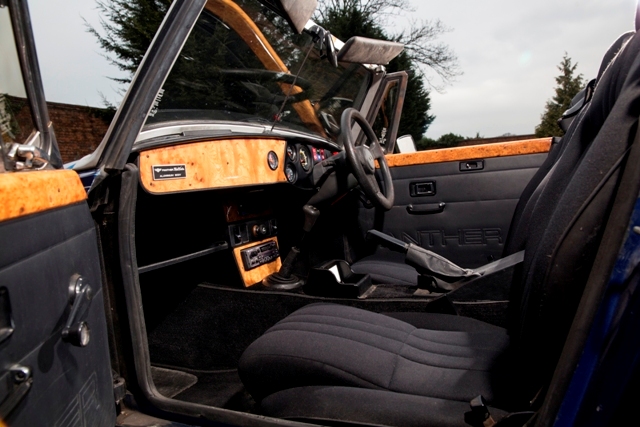 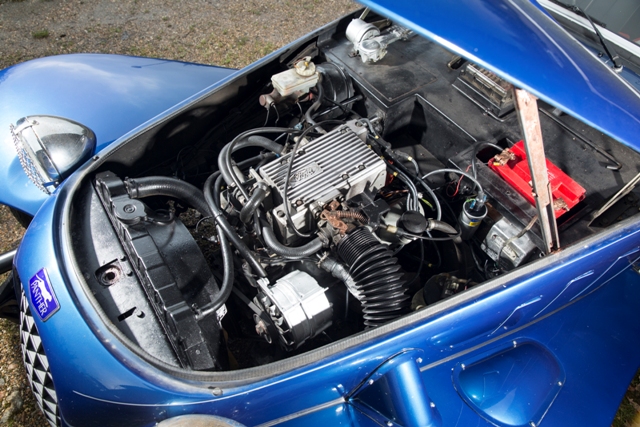 UNDER THE HAMMER IS BROUGHT TO YOU BY: CLASSIC CHATTER
Posted by jeffharris at 09:23