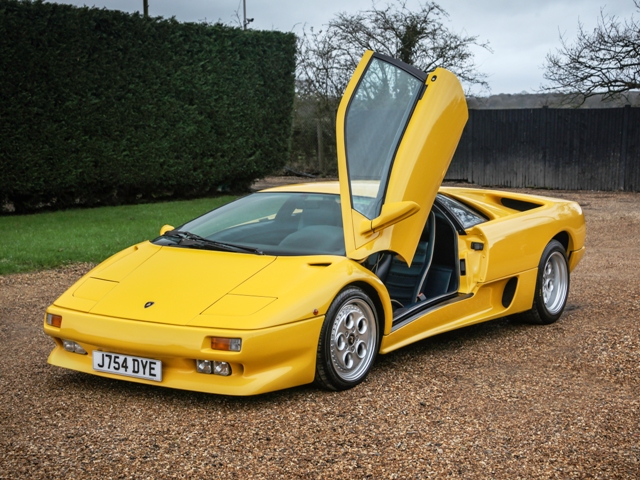 The Diablo or 'devil' in Spanish was built between 1990 and 2001 and was the first Lamborghini capable of attaining a top speed in excess of 200mph. Its power came from a 5.7 litre, 48-valve version of the existing Lamborghini V12 featuring dual overhead cams and computer-controlled multi-point fuel injection, producing a maximum output of 492hp and 428 lb/ft of torque. The vehicle could reach 62mph in about 4.5 seconds, with a top speed of 202mph. It was rear wheel drive and the engine was mid-mounted to aid its weight balance.
The Diablo came better equipped than the Countach; standard features included fully adjustable seats and steering wheel, electric windows, an Alpine stereo system and power steering from 1993 onwards. A few options were available, including a custom-moulded driver's seat, remote CD changer and subwoofer, rear spoiler, factory fitted luggage set and an exclusive Brequet clock for the dash priced at $10,500. In 1995, this model Lamborghini had a Safety Car role in Formula 1, most notably at the Canadian Grand Prix where, fortunately, it did not need to be officially deployed.
Presented in Lamborghini Super Fly Yellow with contrasting blue leather interior, this Diablo looks every part the loud example Lamborghinis should be. Having been originally supplied to the UAE before being imported to the UK in 2003, this car has been enjoyed but loved throughout its tenure. It has been serviced comprehensively throughout its ownership by renowned specialists Carrera Sport and Bob Houghton as detailed in the stamped maintenance book. Recently serviced and with a new MoT test certificate until December 2016 together with handbooks, workshop manual and a history file detailing the previous maintenance, this car was treasured by the vendor as one of the centre pieces of his collection. Without question, this stunning Italian Sportscar is one of the world's true supercars and is offered with a very tempting estimate given their relative scarcity in today's market. 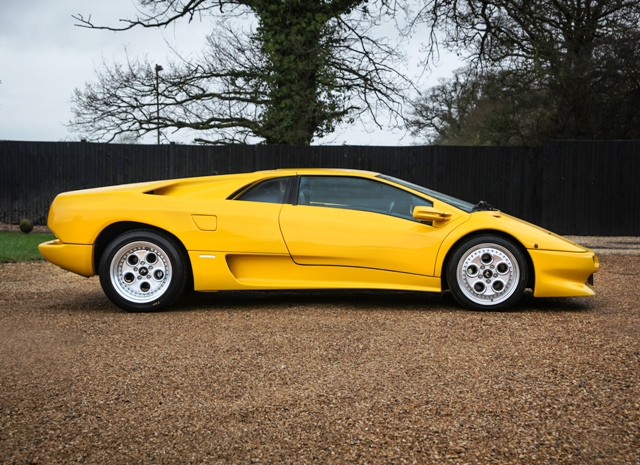 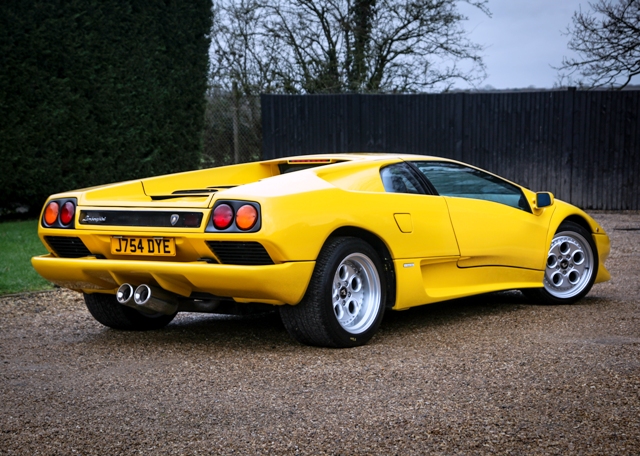 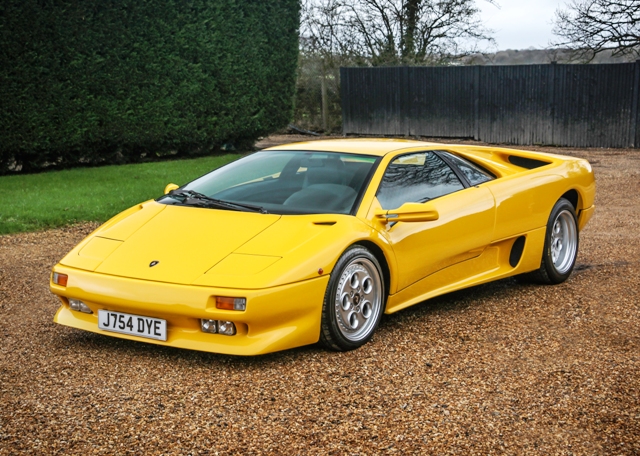 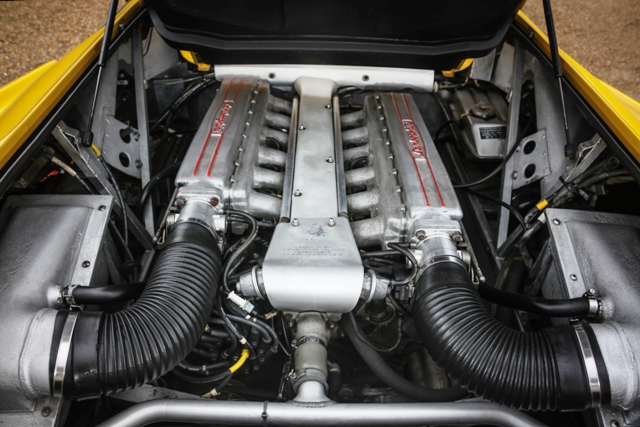 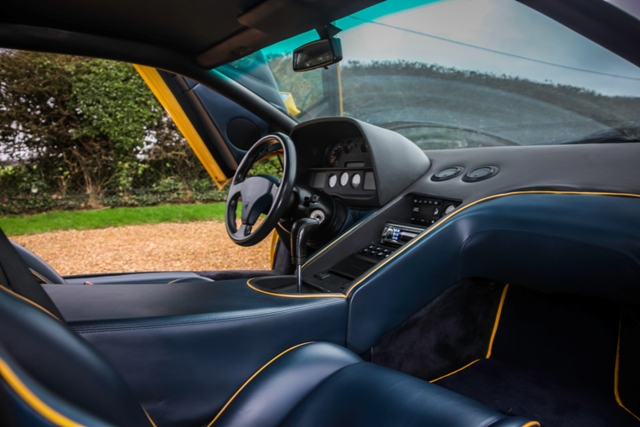 Brought to you by: CLASSIC CHATTER