"CROSSING THE BLOCK"
FROM 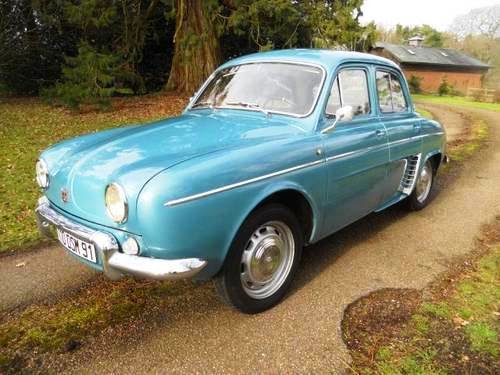 1964 RENAULT DAUPHINE
The Renault Dauphine is a rear-engined economy car manufactured from 1956 until 1967 with over two million units sold worldwide. Along with such cars as the Volkswagen Beetle, Morris Minor and Fiat 500, the Dauphine pioneered the modern European economy car. Renault marketed variants of the Dauphine including a sport model, the Gordini, a luxury version, the Ondine, the 1093 factory racing model and the Caravelle/Floride, a Dauphine-based two-door convertible. Renault manufactured the Dauphine at its Flins factory with a car leaving the assembly line every 20-30 seconds and with engines supplied from the company's headquarters factory in Billancourt, Paris which could produce an engine every 28 seconds.
This Renault Dauphine is very original and is in exceptional condition, have covered only 9,535km during its 51 years on the road. Originally the car was purchased by a country gent who then went to live in Paris and left the Renault with his cousin. Fortunately his cousin stored the car in a dry barn and kept her well covered, occasionally starting the engine and giving her a very short run to keep everything moving. Benefitting from a four-speed gearbox and front disc brakes, this is a highly useable interesting classic. Rarely seen on the road today, this immaculate lefthand drive Renault Dauphine is supplied with a V5 registration document and a current MoT test certificate. 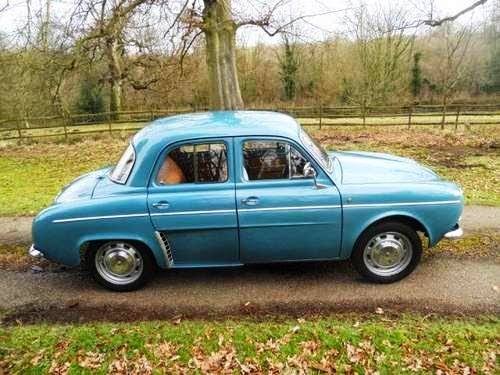 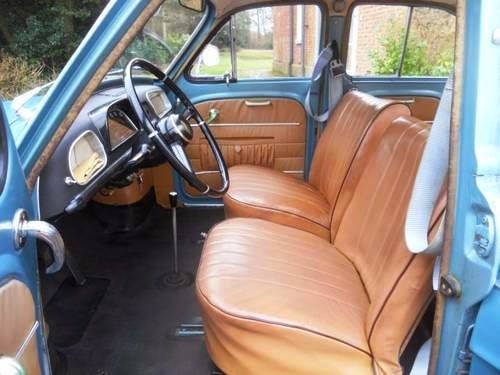 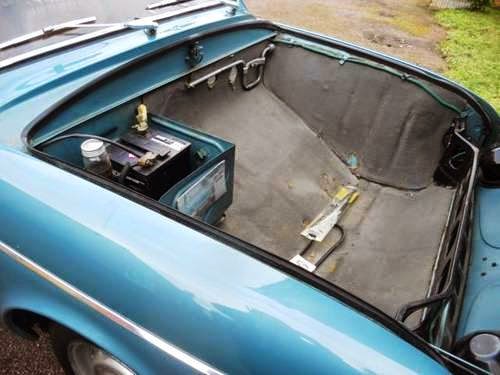