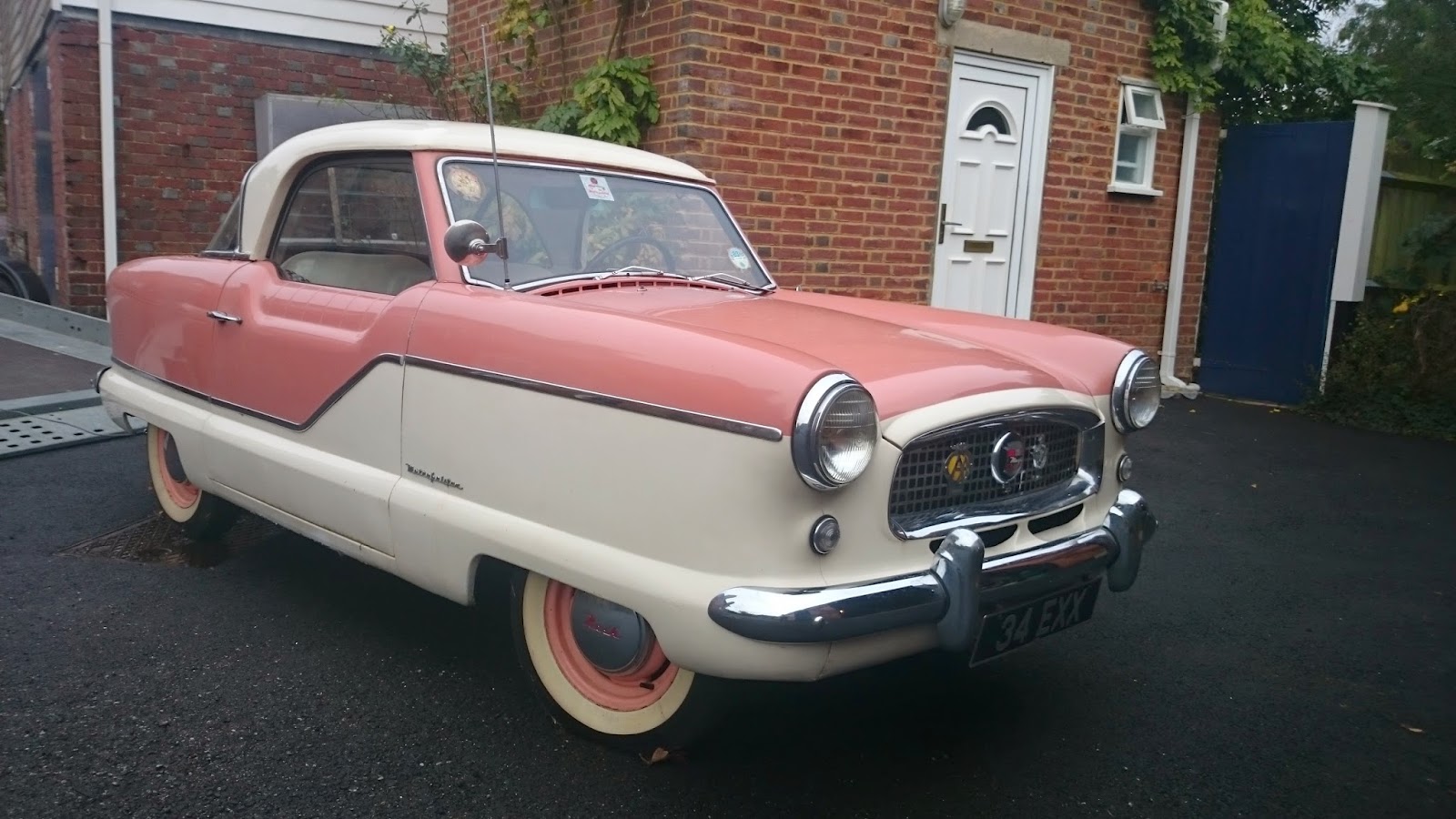 1957 NASH METROPOLITAN SERIES III
The Nash Metropolitan is a car that was sold, initially only in the United States and Canada, from 1954 through to1962. In today's terminology the Metropolitan would be known as a 'subcompact', but this category had not yet come into use when the car was manufactured. At the time, it was categorised as a 'small automobile' as well as an 'economy car'. The Metropolitan was also sold as a Hudson when Nash and Hudson merged in 1954 to form the American Motors Corporation (AMC), and later as a standalone marque. While most U.S. car makers were following a 'bigger-is-better' philosophy, Nash Motor Company executives were examining the market to offer American buyers an economical alternative. The early brochures for the Austin Metropolitans used a reversed photograph to show an apparently righthand drive car parked in an English country town (Chipping Campden), because only lefthand drive vehicles were available at the time the photos were taken.
This Nash Metropolitan 1500 was built by BMC at Longbridge, Birmingham on 27th February 1957. It was purchased by an American serviceman and shipped to New York. He was posted to a U.S. airbase in Suffolk in 1962 and brought the car with him. The Nash was then 'found' in a Suffolk scrapyard in the early 70's, presumably left there when the serviceman returned to the U.S. The owner of the scrapyard passed the car to his nephew who used her until 1978 when it was sold to a Nash enthusiast who set about restoring the car. Returning to the road in May 1983, this hardtop has been enjoyed immensely and remains in good condition. The coral red and frost white coachwork was being repainted at the time of our inspection; however, this was to freshen up the paintwork and not due to any serious corrosion. The previous owner was Chairman of the Nash Owners Club who clearly had a good understanding of how to look after these interesting cars. Supplied with a V5 registration document and an MoT test certificate valid until 30th January 2016, together with a substantial history file, the styling of a Metropolitan is a little quirky but the basic mechanical design make this an ideal choice for the classic car enthusiast who enjoys maintaining their own vehicle.