Well, today we have something the brighten up your and give you that warm feeling inside
THE FUTURE'S  BRIGHT 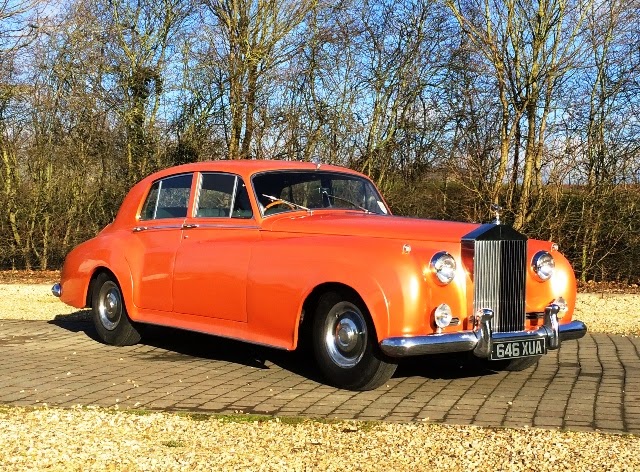 1958 ROLLS ROYCE SILVER CLOUD I
The Rolls-Royce Silver Cloud was the core model of the Rolls-Royce Motor Cars range from April 1955 until March 1966. It replaced the Silver Dawn and was, in turn, replaced by the Silver Shadow. The J. P. Blatchley design was a major change from the pre-war models and the highly derivative Silver Dawn. As part of a range rationalisation, the Bentley S1 is also very similar apart from, of course, its radiator grill.
This Silver Cloud has had a colourful recent history to match the pearlescent orange wrap it is presented with today. The car, we are told, was not only well looked after but regularly serviced in its former life as a run of the mill Silver Cloud before a full body re-spray and restoration work was undertaken in approximately 2004. This saw it transformed from its original green to Shell over Tudor Grey, a combination many would agree, compliments the car very well. At this point the car was offered to the market for sale at over £30,000. A budding film producer armed with a new script and looking for financial backing for a movie then decided that this particular Cloud would be a suitable PR machine in which to paint or wrap in an un-missable colour, drive to the Cannes film festival and thus drum up the required support for his venture… and so he did!
Unfortunately we do not know the fate of the script but we do know the car certainly would have turned heads and made it successfully back to London, we are informed it had since had a light service and the brakes overhauled. Having driven the car, we can testify that this appears to be the case. The general condition appears to be reasonable for such a journeyed car. The leather interior is in fair condition considering its age and unfortunately we cannot comment on the car under the wrap, prospective bidders are advised to satisfy themselves in this respect.
Offered with an original Rolls-Royce handbook, V5 registration documents, recent MoT certificates and recent invoices, this is certainly a showstopper in orange or could be a very tidy project for the connoisseur, you certainly will not overlook it in the auction room.﻿ 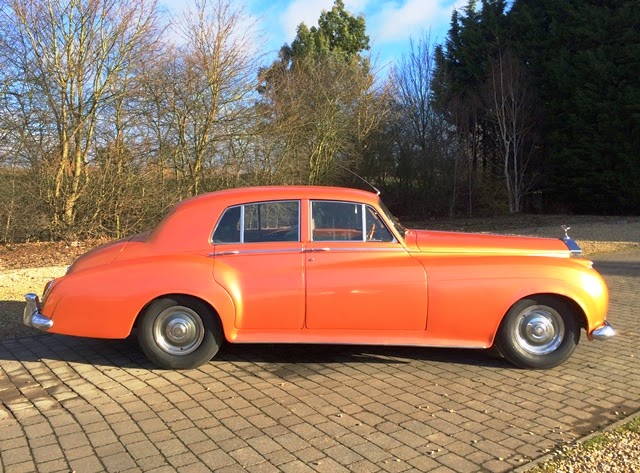 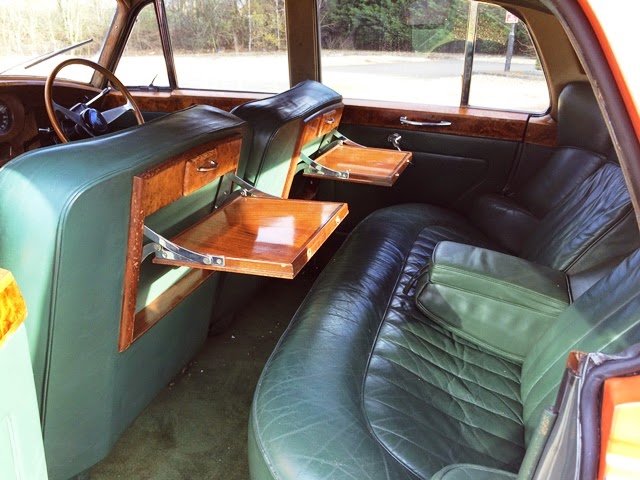 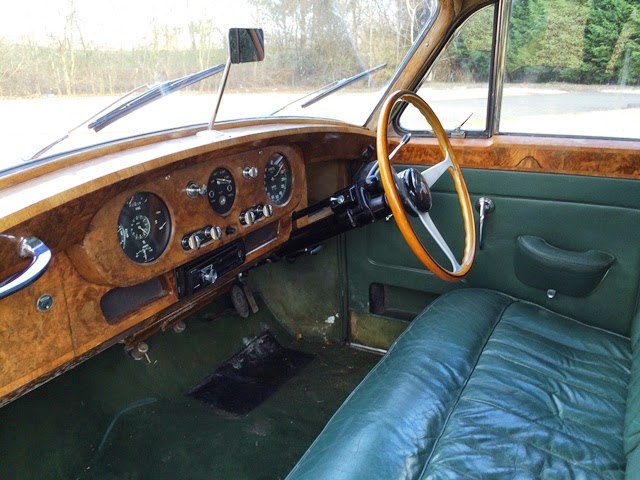