"COMING TO AUCTION"
LOT OF THE DAY
In Association with

We continue our look at Historics lot list for this weekends sale at Mercedes Benz World, Brooklands Rd, Weybridge.
I'm expecting great things for today's choice as it was chosen by my wife Sian and she seems to pick a winner every time. 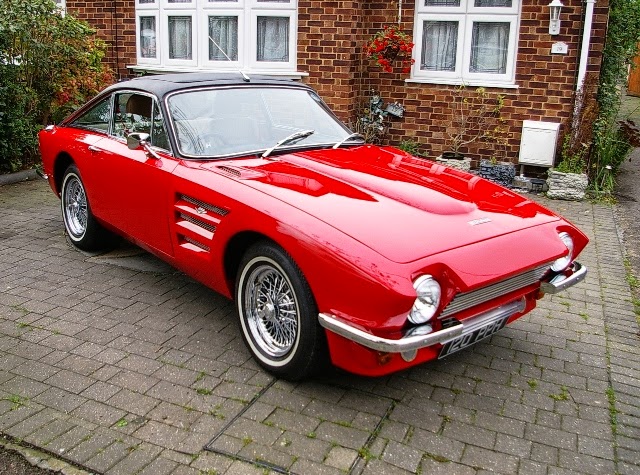 Trident manufactured sports cars between 1966 and 1974 and after being restarted in 1976 finally ceased production in 1978. The Trident Clipper V8 was originally intended to be TVR's range topper and be called the TVR Trident and was featured in early TVR brochures and adverts. The TVR Trident was powered by the Ford 289 engine and the elegant body was styled by ace designer Trevor Fiore (who was later Director of Design for Citroen). Performance was blisteringly quick for the time with 0-60mph in 5 seconds and 150mph. A Clipper V6 using the Ford Essex engine was also released, but lacked the performance of the V8 model; this Trident was named the Ventura and was virtually identical apart from the engine and gearbox.  Trident also produced the Tycoon model fitted with a TR6 engine. TVR's financial troubles led to the Trident project being separated and a new company being set up by TVR dealer Bill Last to produce the cars and the Trident Company was born. In all, Trident manufactured 39 Clippers, 84 Venturas and only seven Tycoons making this a rare marque indeed.

The 1971 Trident offered today was found derelict, minus engine and gearbox, by the vendor in a garage in 2013. Although the UK registration V5 states that this is a Trident Coupe, the V5 does not state the model. Although it is believed that this Trident started life as a Ventura, the vendor decided that this would be an ideal opportunity to restore the car as the more powerful Clipper. When stripped, the bodywork and TR6 extended chassis were found to be in very good order. Unfortunately the bonnet had suffered so as to keep as much of it as possible the damaged areas were removed and replaced by a bonnet bulge and vents. This resulted in an attractive and original look due to the high standard of workmanship. Mechanically the car has had much spent on it including a sourced rebuilt Ford 289 engine as well as a Borg Warner T10 gearbox, all as would have been fitted to a Clipper. Even the gear lever is correct and we are informed was hard to find. A mild steel bespoke exhaust system was made with the twin pipes exiting the rear. The coachwork is resplendent in red with contrasting tan trim and the package is further complimented by a new set of chrome wire wheels sporting new tyres. The seats are re-trimmed Vauxhall Astra items and surprisingly look the part. We are assured that the original 'Contour' seats, albeit in poor condition will arrive at the sale with the car.

With an MoT test certificate valid until May 2015 this Trident represents an opportunity to acquire a usable and handsome example of this rare marque.﻿ 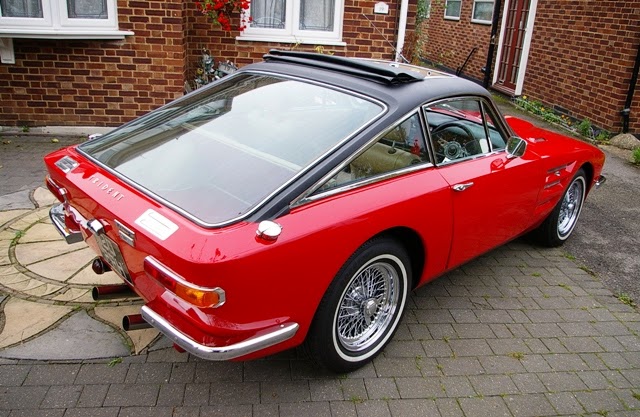 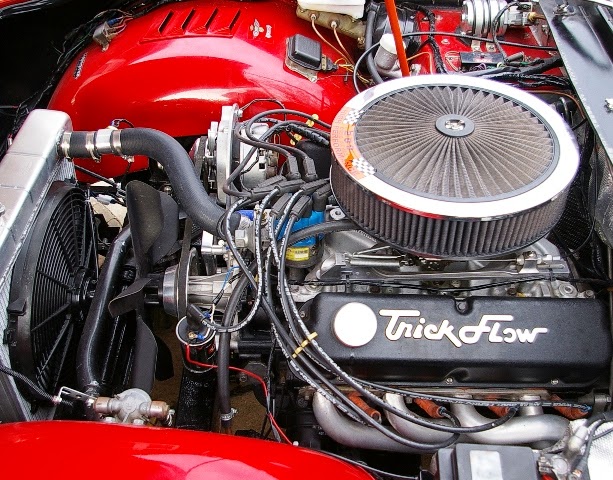 Overview
The Trident Clipper is one of those fascinating British nearly-cars that could have conquered the world. It started life as a TVR prototype, but when the Blackpool company was declared bankrupt, the Fissore-styled Clipper was picked up by Suffolk company Trident. With Detroit muscle

under the bonnet, it was blindingly quick, but sales were notably elusive. A late attempt to make it more appealing resulted in Ford V6 power and a new name Venturer – that also failed to find popularity. In the end, the fuel crisis killed it, with less than 150 of all types built.