"AUCTION LOT OF THE DAY"
In Association with 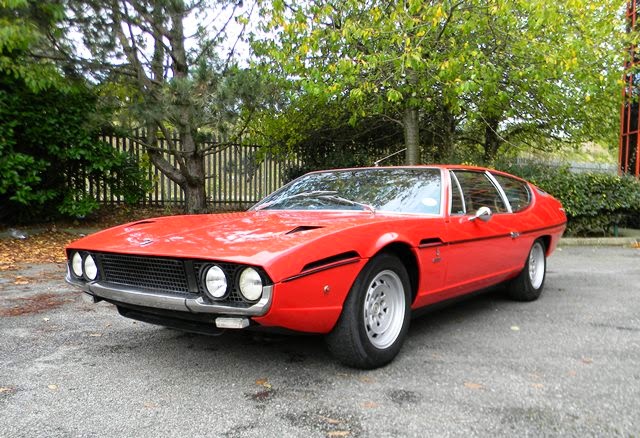 Lamborghini wanted to include a four seat, grand tourer to the model line-up which included the Miura and the 400GT; this came to fruition in the spring of 1968 when the Espada was exhibited at the Geneva motor show. A very distinctive design by Marcello Gandini of Bertone, it was radical in appearance yet extremely practical. With 150mph performance from the 3.9 litre, V12 engine, five-speed gearbox, chassis-mounted rear axle and all-independent, coil spring suspension, it was built as a high performance supercar. During its ten year production, 1,217 examples were built and three different series produced. These were the S1 (1968-1970), the S2 (1970-1972) and the S3 (1972-1978). Each model featured engine power improvements but only minor details were changed with the exterior design. The interior was altered dramatically between each model. An all new dashboard and steering wheel was installed for the S2 and the interior was again revamped for the S3. In 1970, power steering was offered as an option and in 1974 an automatic gearbox was also offered.
This rare righthand drive Espada is finished in red with beige leather trim. Originally registered in South Africa, this is a splendid rust-free example and we are advised CNF343M drives very well. This generation of Espada is a very usable classic Italian sports car and benefits from air-conditioning, allowing its passengers to stay chilled even in the well-glazed cabin. With the features of power windows and leather upholstery, the driver can also enjoy the comfort of power steering. Supplied with a V5 registration document and a current MoT test certificate, this Lamborghini Espada S3 is a great way for four people to enjoy the brand's V12 engine in style. With prices climbing rapidly for these important righthand drive Lamborghini's, this represents a rare opportunity to acquire a well-sorted example of one of the 129 made. 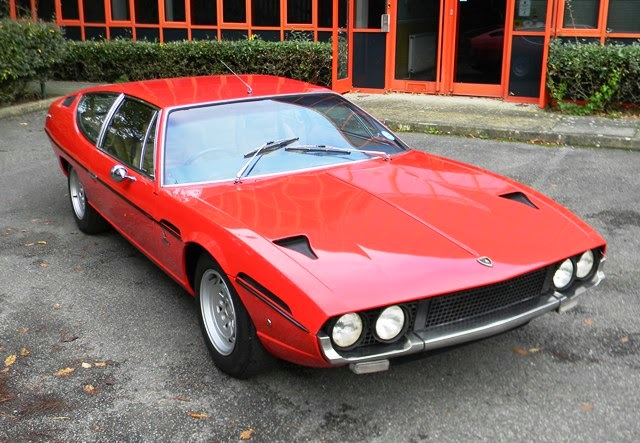 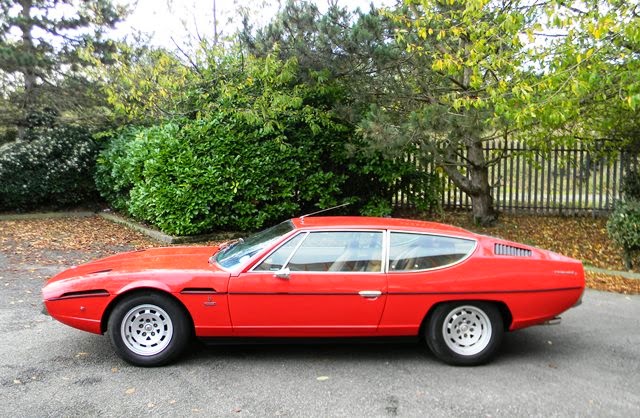 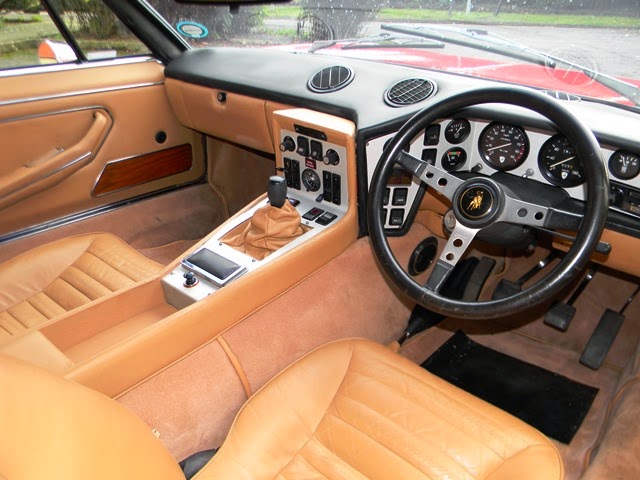 OverviewIn 1968, Ferruccio decided to built a full four-seater Gran Turismo, and it was presented as the Espada 400 GT. Its styling was inspired by the memorable Marzal concept car

of 1966, and maintained that car’s expansive proportions, despite now being front-engined. The first Espada prototype retained the Marzal’s gullwing door-design, but this was abandoned for the production model. The styling of the Espada was sensational, a real head-turner. Despite its four-seater layout, the Espada handled its two-seater sisters.