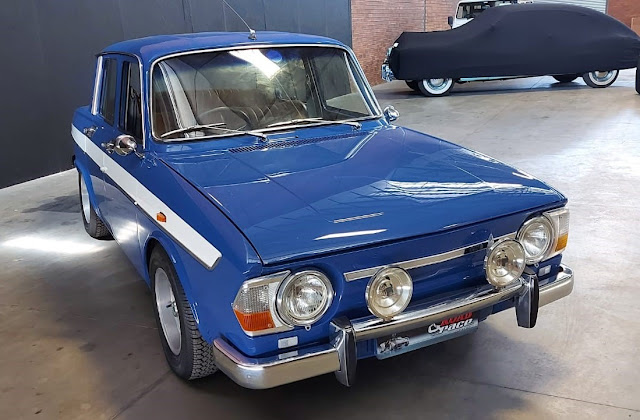 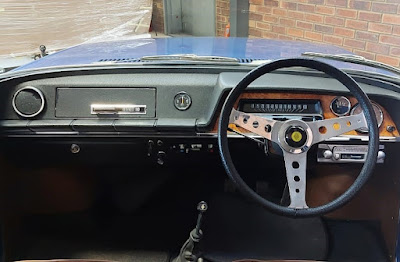 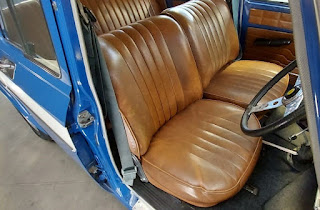 The Renault Alconi was a performance version of the Renault 8 and 10 sold by Renault (Africa) Ltd, a subsidiary of the French Regie Renault Factory. They were sold new through the Renault dealer network in South Africa between 1965 and 1970 and came with a full factory warranty. The concept was intended to increase car sales to a racing mad South African public by taking advantage of their race-track successes in local "Sprint" and "Endurance" races. A total of 458 factory Alconis were made, along with hundreds of conversion kits to allow owners to modify their existing cars, but only the official cars were supplied with ‘Alconi’ badges on the front wing.
The car was developed specifically for the motorsport-mad South African market and was the brainchild of John Conchie and Eric 'Puddles' Adler, who traded as "Alconi Developments" – a mixture of their surnames. It helped Renault increase its sales in SA and also market a whole range of Alconi performance upgrades, making the car something of a legend in its home market where R10 Touring Cars had won a series of production car championships. 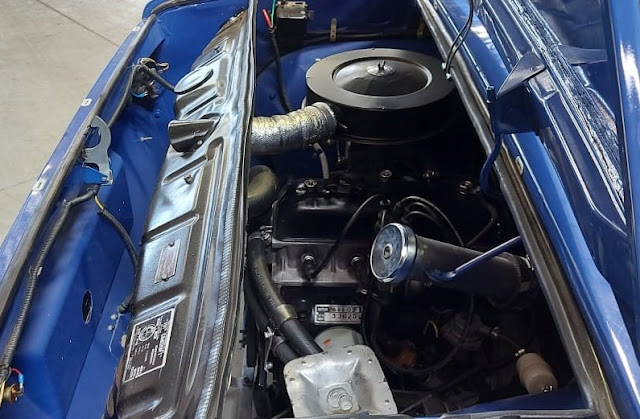 Production of the Alconi started in batches of 50 R10s. Standard R10s were marketed with the Renault 1108cc Caravelle engine, with slightly better performance from a twin-choke Weber carburettor. The production Alconis used the same upgrade kit on the newer R10 1108cc engine but retained the production carburettor, and the vehicle was slightly lower (1 inch) than its standard brother.  Colour choices were initiated: Alconi blue with white flashes down the sides, Red with white flashes and white with red flashes.  Production continued through 1967 and 1968 and possibly 1969.
A 1973 Renault 10 Alconi. This is a very rare car, 1 of 458, that was only built in South Africa, and as quick as a 1300cc Renault 10 Gordini. This car has just come in from South Africa and is in very good condition having had a concours re-build 15 years ago. There is a copy of a letter by the original owner who owned it from new until 2005, and there seems to have been only two other owners, in which he lists its early history and specification. It appears that the engine was bored out from its original 1106cc to 1206cc, a "hot 701 camshaft" fitted, the twin-choke Weber was uprated from a 32 to a 36, a tubular exhaust fitted, and adjustable shock absorbers (probably Koni) fitted all round. 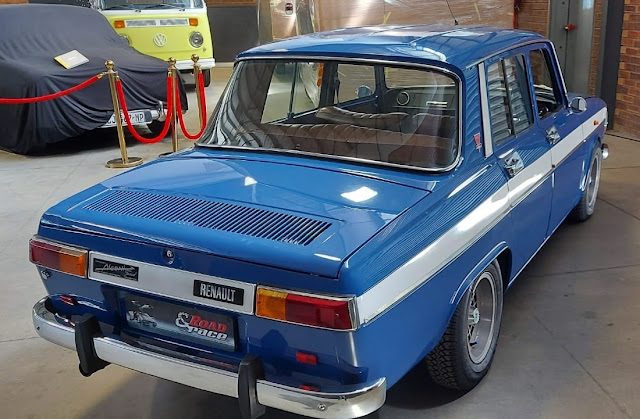 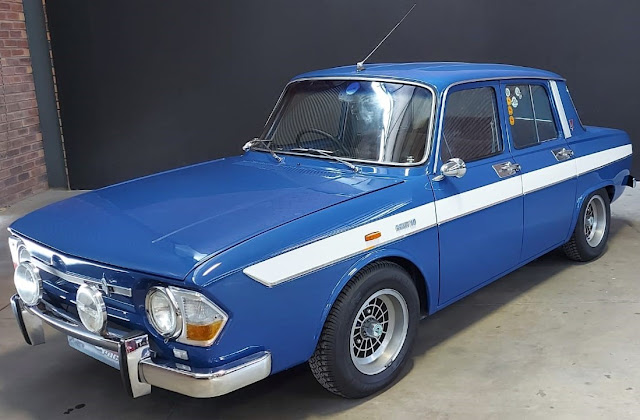