Welcome back to Classic Chatter and our look at what is coming to auction in the UK.
It's been a difficult time for everyone over the last 18 months but the future looks better and we all hope normality is just around the corner.
OUR FEATURED AUCTION
Brightwells 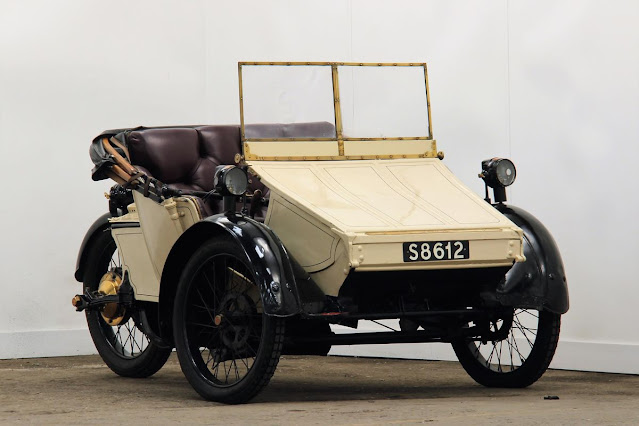 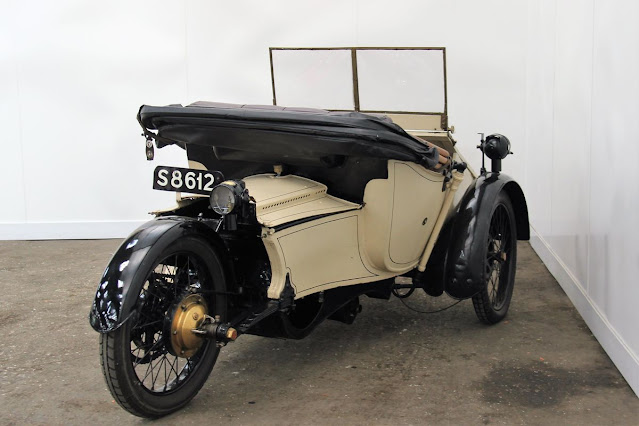 Incredibly rare machine; from the Ken Norton collection; competed in the Banbury run in 2017 and Pioneer runs of 1985 and 1987
‘The car that leads the fashion in the new motoring  - The A.C.Sociable’ The Cyclecar, December 1912.
This lovely Auto-Carriers Sociable three-wheeled machine was first registered in 1911 in Edinburgh - on the registration it still wears today, S 8612. It is understood that the first owner is likely to have been a J.H.Farr of Scotland (although no document to prove). Having just two further recorded keepers in the 1970s and 80s, our vendor, Mr Kenneth Norton acquired the AC in 1984, after it had been stored in a barn for ten years, mostly present and correct but in need of some sympathetic restoration.
Photographs show the AC when it was bought by our vendor, in quite a state. It appeared complete and original with the absence of the hood, front tyres and no doubt some of the upholstery. Bought from a Joseph Henry Hubbard in Uttoxeter for £1,250, work was immediately started by our vendor, the car passing an MOT the following year in 1985 - taking part in the Sunbeam MCC Pioneer Run the same year and again in 1987.
During that time, a hood was fitted, which provided a little more useability. There would of course have been one originally fitted which was unusual for the early Cyclecars. In fact, the marketing of the Sociable called it the ‘ideal winter vehicle’ compared to others available at the time.
“Compare the protection with that obtained from a motorcycle and side-car – and then make your choice” The CycleCar, December 1912.
There is a lot of correspondence on file between Mr Norton and various AC owners around the world, as he appears to have needed a new rear wheel and was thinking of replacing the engine, although this does not appear to have happened as the number currently on the engine matches the original paperwork.
Understood to have been shown at many events over the years and more recently taking part in the Banbury run of 2017, this AC Sociable has been resting for the last few years, mainly due to the unfortunate ill health of our vendor, so is sure to need some re-commissioning.
S 8612 (which remains transferable), Car Number 1414, is reluctantly offered for sale after long term ownership and hopes to find someone else to care for her for another generation. A truly rare opportunity to own what is surely one of very few Sociables still registered in the world and possibly one of a very small handful in the UK.
It should also be noted that there is a trailer included with this lot, which has been used specifically to transport the AC over the years. 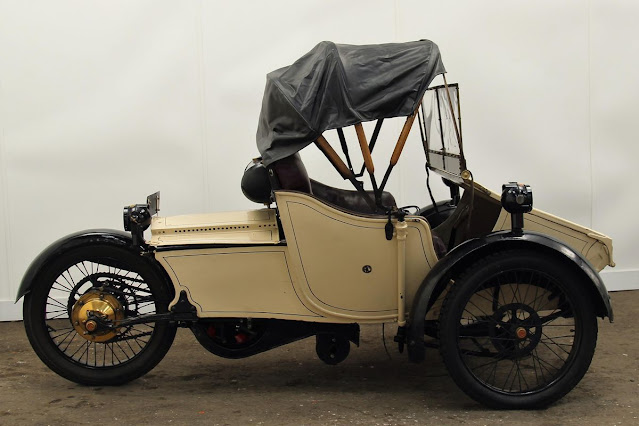 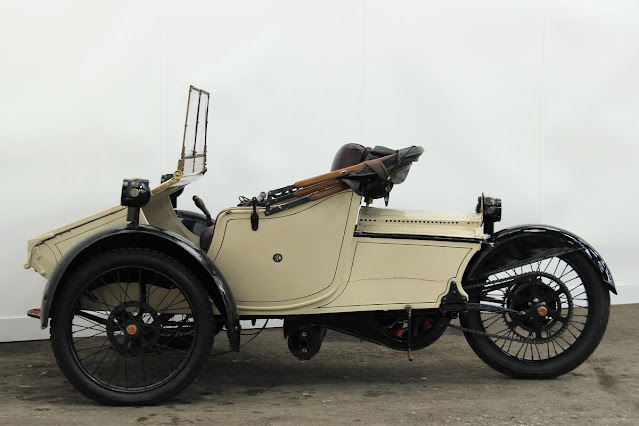 Source:  https://www.brightwellslive.com/lot/details/529774
Coming To Auction  Brought To You By:
The Squirrel