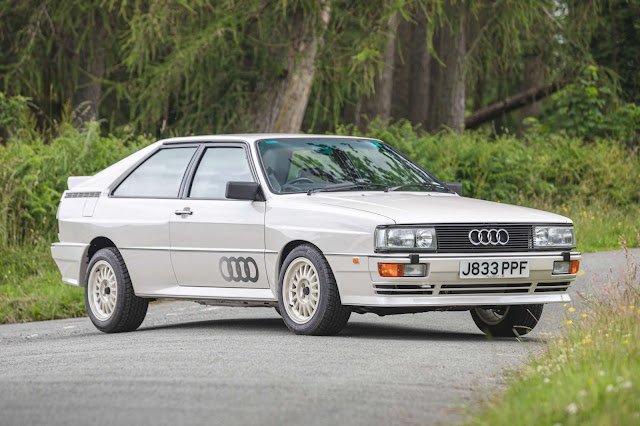 Silverstone Auctions returned to The Classic at Silverstone, the world’s biggest classic motor racing festival, for their eleventh year as the official auction partner where they sold £7milllion worth of classic cars and collector motorcycles.

The three-day sale opened with a dedicated motorcycle auction on Friday 30th July, this was a first for their Classic Sale, which saw 62 motorcycles cross the block and a fantastic 70% of those sold. Some of the highlights include the 2018 Brough Superior SS100 which has covered just 74 miles from new and reached £31,950, as well as the restored 1975 Kawasaki Z1 B that sold for £16,875. All of the motorcycle results are available to view on the Silverstone Auctions website here.

Over the course of Saturday and Sunday, a series of automobilia items and number plates were also offered for sale. Included in the line-up were three charity lots, donated by Mercedes-AMG Petronas Motorsport to raise funds for the official charity partner for the wider event, Alzheimer’s Research UK. Used and signed drivers gloves from both Lewis Hamilton and Valtteri Bottas, as well as a hand-signed technical drawing, collectively sold for an outstanding £9,200, all of which will go to the charity.

No less than four auction world records were achieved over the duration of the weekend! With less than 10,000 miles, the remarkable 1991 Audi Ur-Quattro 20V (RR) achieved more than double its lower estimate, selling for a phenomenal £163,125. The subsequent Lot also achieved a record price, the 2000 Mitsubishi Lancer Evolution VI ‘Tommi Makinen Edition’ UK Specification Chassis #001 sold for £146,250, whilst the 2002 Volkswagen Golf GTi 25th Anniversary with just 8 miles from new, surpassed its top estimate and reached a staggering £38,250. The last of the four new records was Lot 659, the 1990 unregistered Mini Cooper RSP, with delivery mileage of just 39 miles it sold for £31,500.

The Sunday car auction opened with The Richard Hammond Collection. Eight classic cars and motorcycles were offered directly from Richard to raise funds for his new restoration business, The Smallest Cog. Richard was in attendance on the day, along with discovery+, who are creating a brand-new docuseries which will air later this year. Collectively all eight lots sold for £231,525 after being offered entirely without reserve. The 1999 Lotus Esprit Sport 350 was a real standout, selling for £65,250.

Silverstone Auctions final sale of the year is taking place at The NEC Classic Motor Show on the weekend of the 12th – 14th November. Classic cars and collector motorcycles are now invited for the three-day auction and the Silverstone Auctions team can be contacted on 01926 691141.

Photos & Text ©2021 Silverstone Auctions
Coming To Auction  Brought To You By:
The Squirrel