Welcome back to Classic Chatter and our look at what is coming to auction in the UK.
It's been a difficult time for everyone over the last 18 months but the future looks better and we all hope normality is just around the corner.
OUR FEATURED AUCTION
Silverstone Auctions
Silverstone Circuit (The Wing Building, NN12 8TN)
Saturday 31st July and Sunday 1st August 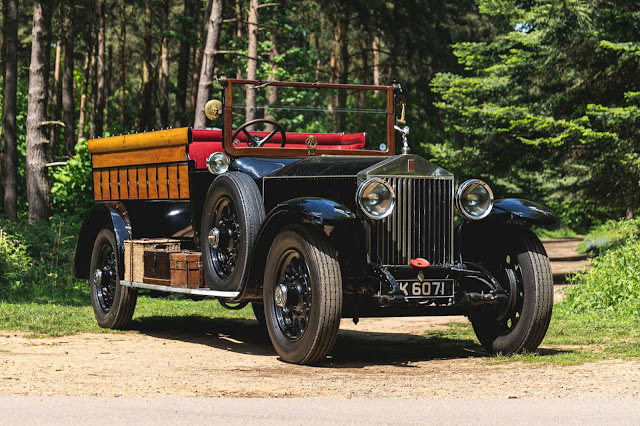 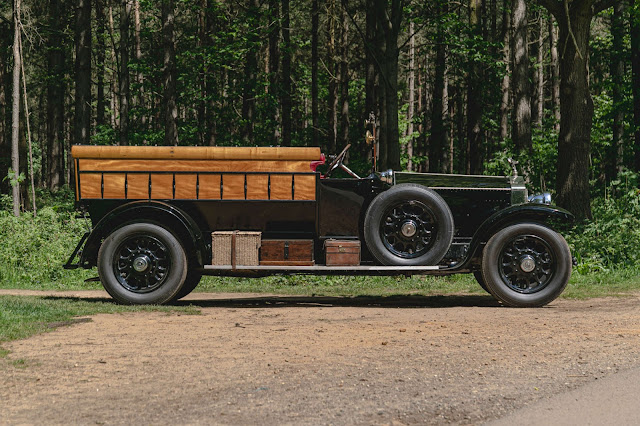 By 1925, the Rolls-Royce Silver Ghost had been upstaged by a younger generation of more technically advanced luxury cars. The glory days of the 1913 Alpine Trials had long passed and both Henry Royce and Rolls-Royce sales manager Claude Johnson felt the need to produce a new claimant to the title 'best car in the world'. Just as the competition between car manufacturers was becoming increasingly fierce so that between rival coachbuilders had intensified correspondingly. With the arrival of each faster, more powerful chassis came the opportunity to construct ever more lavish, sophisticated coachwork. To ensure that their cars could be fitted with the finest bodies in the world, Rolls-Royce introduced the 'New Phantom'.Whilst, its tapered, channel-section chassis, four-speed manual transmission, supple springing (semi-elliptic front, cantilever rear) and ingenious gearbox-driven, servo-assisted four-wheel brakes owed much to its predecessor, the Phantom's 7668cc engine was all new. Quoted as being an impressive 33 per cent more powerful than the Ghost's unit, it featured overhead valves set in a detachable cylinder head, two-cylinder blocks with three cylinders each, an aluminium alloy crankcase and a massive seven bearing crankshaft. Bore and stroke dimensions of 108 x 139.7mm resulted in abundant torque, enabling the flagship Rolls-Royce to accelerate from walking speed to approximately 80mph in top gear. Unveiled at the company's 14/15 Conduit St, London showrooms during May 1925, the 'New Phantom' remained in production in the UK until 1929, by which time some 2,269 chassis had been delivered.

Rolls-Royce Phantom 1, #82EF, appears to have been built in early 1927 on a Nickel-finished, C-2-A Long Chassis and fitted with Engine Number 'CX75' before being despatched to coachbuilders, Maddox of Huntingdon, to be clothed in their 'Enclosed Laundaulette' bodywork. It was subsequently returned to Derby for final fitting-out and testing prior to being delivered to its first owner, Rippon Bros. Ltd. of St.Johns Rd, Huddersfield, (John Stonehouse) on 14-06-1927. This information can be gleaned from over a dozen photocopies of (hand-written) original documents which include build sheets, spring testing, component selection, weight reports, inspections and pleasingly the car’s service records (at the Works) up until early 1938.

There is no further history with the car up until its purchase, in 2004, by Raymond Lippiatt, its current owner. Raymond is a long-term Rolls-Royce and Bentley enthusiast who is well known by the respective Owner’s and Driver’s Clubs and who has also entrusted us with the sale of his very special 3-litre Bentley. The Phantom is rumoured to have been working as a farm tractor (possibly abroad) and certainly needed to be UK-registered again with HK 6071 being allocated by the DVLA after representation by The Society of Automotive Historians in Britain. However, the most unusual thing about the venerable Rolls was its distinctive ‘Shooting Brake’ rear bodywork which had been saved from the scrapyard in 1987 and, presumably, was just the thing for work on the farm. For anyone interested in Social History, this unusual rear end is fascinating as explained below.

In 1912, a new Rolls-Royce Silver Ghost, # 2232E, was purchased by the 5th Duke of Sutherland, George Granville Sutherland-Leveson-Gower, (1888-1963) and fitted with a bespoke 9/10-seat shooting-brake body almost in the style of an open trailer to be used on the family estates for shooting parties, carrying the eight ‘guns’ in some comfort out to their respective ‘pegs’. The 5th Duke was a well-known socialite, patron of the film industry and a Conservative Party politician so one would imagine that amongst the invited guests would have been prominent Cabinet Ministers, fellow MPs, some glamorous thespians and occasionally minor Royalty. No doubt, the atmosphere in the back of this leather-lined charabanc on the way back to cocktails and dinner would have been rather jolly. This wasn’t to last, however, as the start of the Great War resulted in 2232E and its commodious rear end being seconded for wartime service and despatched to a newly formed RNAS station (RNAS Mullion) in deepest Cornwall. At this time the Royal Naval Air Service operated all Airships across Britain and the first to operate at Mullion were the Coastal Class non-rigid type. They were constructed with a Gondola for the crew and a ‘Tri-lobe balloon’, of 170,000 cubic feet of Hydrogen. 'Coastals' provided the nucleus of airships from the Lizard and had a crew of five with an armament of four machine guns and a small number of bombs or depth charges. Their open, unheated cockpits were uncomfortable and crew members resorted to walking around the outside on the grab-rails to stretch their legs. In winter, crews risked frostbite and Hypothermia and often, on their return, ground handlers would have to lift them from their cockpits after patrols, some lasting over 15 hours at a time. 2232E (now carrying the plate RNAS 615) was used to take the quietly reticent crews out to the airships and collect them after the mission, the mood being somewhat lighter then, with the prospect of a hot bath and bacon and eggs in the mess. In 1917/18 the Airships were replaced with combat aircraft, Sopwith Pups and Camels, and sadly, a number of young men who took the trip out to their aircraft in the back of RNAS 615 would never return.  We understand that this bodywork, presumably still attached to the Silver Ghost carried out a similar function for Spitfire pilots in World War 2.

Silver Ghost #2232E was re-bodied in 1987 and the wood and leather rear body was saved from the scrapyard, somehow ending up on the back of our Phantom, 82EF. We understand it subsequently belonged to a farmer at some point, presumably to take his pigs to market, a journey from which they would never return either, however, in more recent years, the accommodation has returned to happier duties.

The extent of the restoration by Ray Lippiatt is difficult to quantify as there are no invoices currently available. We hope to locate the relevant files prior to our sale but for now, interested parties will have to form an opinion based on Ray’s reputation, our images and, nearer the time, the chance to come along and inspect this amazing early Phantom. It remains 'matching-numbers and certainly looks the part in gleaming black with artillery wheels, newish Dunlops, a tidy engine bay and the delightfully restored multi-seat rear end.

Returned to UK roads registered as HK 6071 with an MOT commencing on July 31st 2004, 82EF has been used on and off over the years and was most recently taxed on 10/08/2020. Ray obviously used the car for its intended purpose and within a couple of family hardback books are pictures of HK in Central London for the Lord Mayor’s Show in 2011, chauffeuring a Jazz Band, dispensing liquid hospitality from the car’s many nooks and crannies and driving the Queen of Sweden.

For more than 100 years, the rear bodywork of this car has seen life at every level and it’s good to see that it’s back enjoying the party, however, beneath the frivolity lies a well prepared and well presented 1927 Phantom 1, ‘The Best Car in the World’. 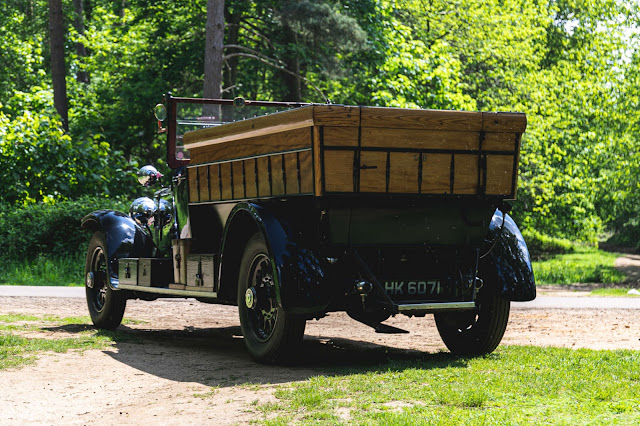 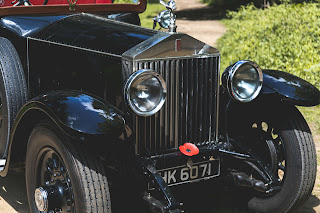