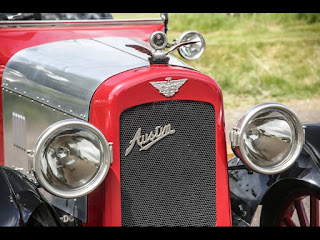 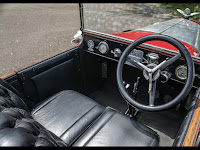 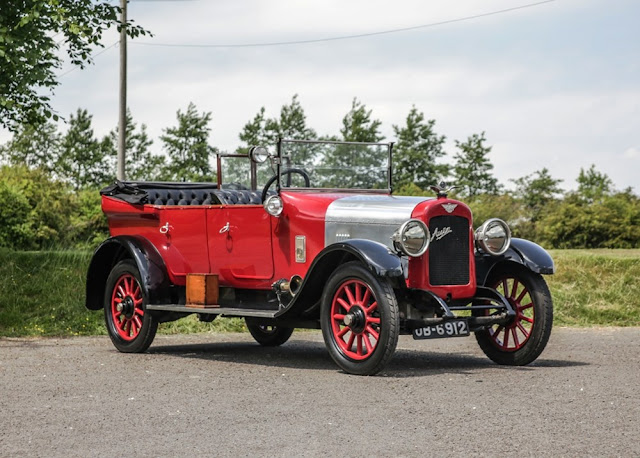 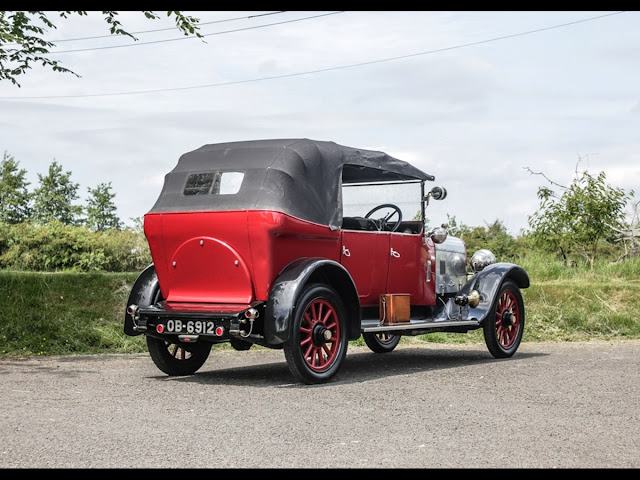 Driven by Edgar Wren as a promotional car to secure new orders of the 20hp model,
the first prototype Austin Twenty began to take shape in the chassis-erecting shop at Longbridge during 1917 and an abridged specification was published in that September’s issue of The Austin Advocate magazine. Like the Hudson Super Six, the newcomer featured a substantial ladder frame chassis equipped with all round semi-elliptic leaf-sprung suspension, rear wheel brakes, an engine of monobloc construction with in-unit, centre change gearbox and a sheet metal radiator cowl. Two prototype Austin Twenties were readied for 1918, a Landaulette and a Tourer. Road registered as `OB 6912′, the latter sported a commodious four-door, five-seater body with a prominent hood well and internal storage for two spare wheels. With dreams of producing 25,000 cars a year, Herbert Austin despatched works test driver Edgar Wren on a nationwide trip aboard `OB 6912′ to create interest. With a projected price of just £495 for the Tourer, and thanks also to the efforts of sales organiser Alfred Dupuis who travelled the Commonwealth and was reliant merely on photos and specification sheets, Austin had attracted an eye watering £6,000,000 worth of orders by July 1919. Unfortunately, the company could not fulfil them. The government tax on excess war profits meant that Herbert Austin could not afford to fully equip his expanded factories, there was also a severe shortage of skilled labour after World War One.

Without the hoped-for economies of scale, Austin found itself losing money on every Twenty sold and thus had to introduce a `temporary surcharge’ of £100 per car in October 1919. Things went from bad to worse with the global economic slump of 1920-1921 and by December that year Austin was in receivership. The company famously bounced back with the Twelve and Seven models and the Twenty remained in production until December 1929 by which time some 15,287 had been made.

This handsome Austin 20 Tourer is a prototype as mentioned above and few cars can have such an interesting history as this one. This extraordinary car was treated to an extensive `ground up’ restoration during the 2000’s with replacement parts being sourced or made as necessary. The bodywork is in great order and the black leather interior has a nice patina. This is a car that perhaps was ahead of its time taking into account the centre gear change and handbrake lever. Other manufacturers took decades to catch on and follow suit. The artillery wheels are in good order and we are advised she runs smoothly and drives well. This 104 year old vehicle is a very rare piece of British motoring history. 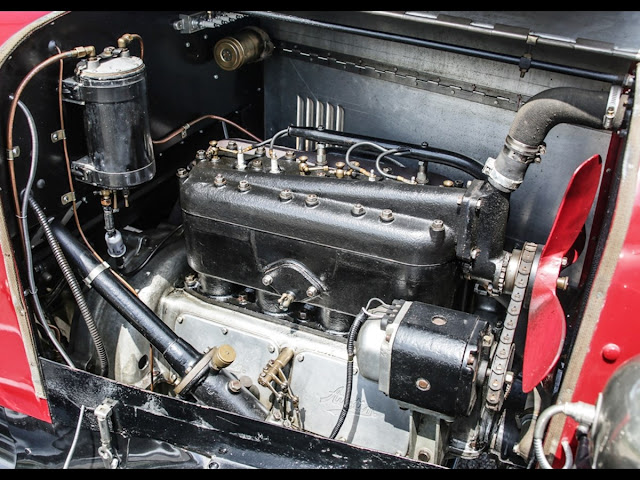 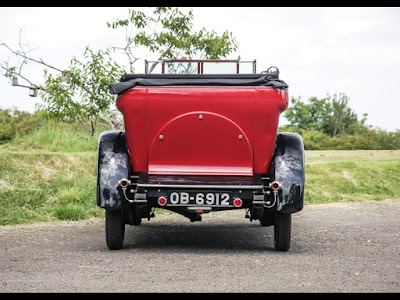