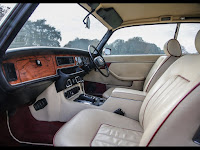 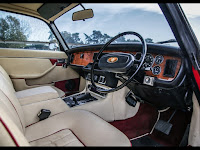 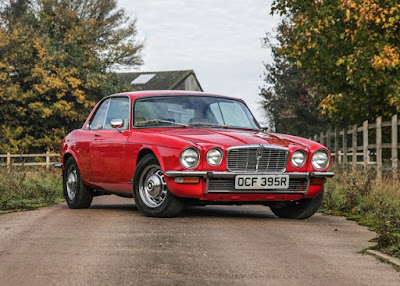 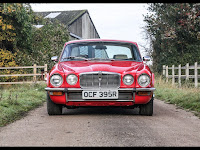 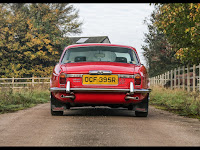 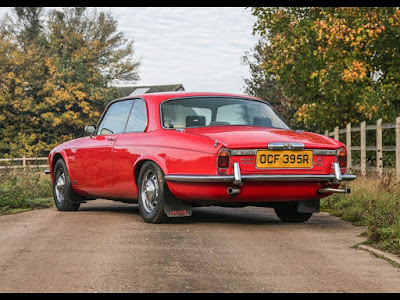 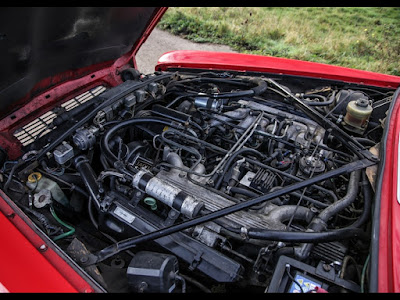 A9,378 car production run of two-door XJ coupés with a pillarless hardtop body called the XJ-C was built between 1975 and 1978. The car was originally shown at the London Motor Show in October 1973, but it subsequently became clear that it was not ready for production, and the economic troubles unfolding in the western world at that time seemed to have reduced any sense of urgency about producing and selling the cars. After reports of problems with window sealing delaying production, XJ coupés finally started to emerge from Jaguar showrooms some two years later. The coupé was based on the short-wheelbase version of the XJ. The doors were made out of a lengthened standard XJ front door (the weld seams are clearly visible under the interior panels where two front door shells were grafted together with a single outer skin). Both six and twelve-cylinder models were offered; 6505 of the former and 1873 of the latter were made. The delayed introduction, the labour-intensive work required by the modified saloon body, the higher price than the four-door car, and the early demise prompted by the new XJ-S, all ensured a small production run making these coupés quite rare today.

This lovely example was first registered on 11th November 1976 and is presented in gleaming red coachwork with cream leather trim and complimentary red piping. This rare car has formed part of a large collection, has been both maintained well but also stored correctly since restoration. Offered with a UK V5C register 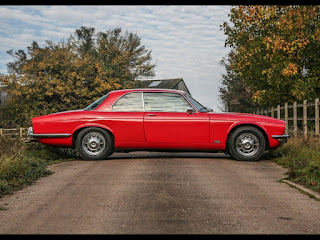 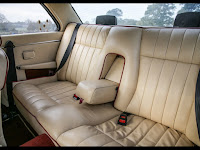 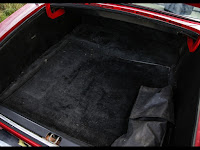 SOURCE:https://www.historics.co.uk/buying/auctions/2021-04-17/cars/ref-22-1976-jaguar-xj12-series-ii-coup%C3%A9-mrp/
Disclaimer:  Whilst Classic Chatter ("we") attempt to make sure that the information contained in this website is accurate and complete, we are aware that some errors and omissions may occur from time to time. We are not able, therefore, to guarantee the accuracy of that information and cannot accept liability for loss or damage arising from misleading information or for any reliance on which you may place on the information contained in this website. We highly recommend that you check the accuracy of the information supplied. If you have any queries about any information on our website, please contact us at  jeff.classicchatter@mail.com

CLASSIC CHATTER
Powered By Dragons
Posted by jeffharris at 15:02