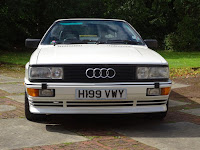 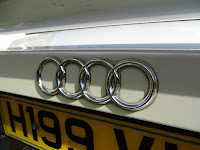 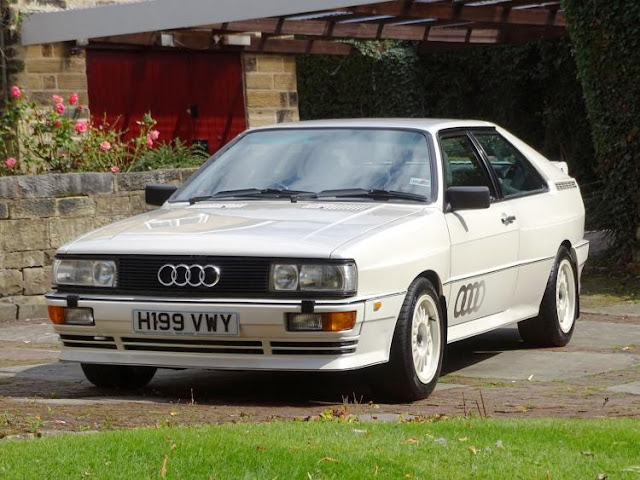 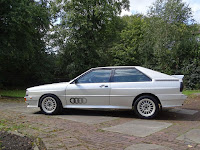 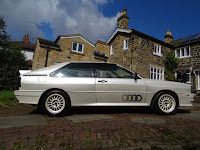 Finding any car that is nearing three decades old with a 'full-service history' is rare. Discovering one that has had a single owner, has a warranted 32,000 miles from new and remains - in the vendor's words - in excellent condition and totally original throughout is an extraordinary find.

This is one such car, plus it is one of the most exciting road models of that era in arguably the best colour combination. Back in 1991 when this Audi Quattro 20V was built, the model was already legendary thanks to its early 1980s dominance of the competitive rally scene. Hannu Mikkola, Stig Blomqvist, Walter R÷hrl and others delivered two World Rally Championship (WRC) wins and 23 major rally victories and ensured posters of this motoring icon would adorn teenage boys' bedrooms throughout the 1980s and '90s.

The road-going models, these days are often known as the Ur (or 'original') Quattro, had by 1991 morphed into its most potent form. The 2,226cc inline five-cylinder double overhead cam 'RR' engine had gained four valves per cylinder in 1989, generating a healthy 217hp. The Quattro's famous continuous four-wheel drive, five-speed transaxle and independent front and rear suspension helped put this power down on the road, enabling a top speed of 143mph and 0-60mph in a blistering 6.5 seconds. Even the turbo, once a weakness, had been uprated with a water-cooled version to improve reliability. 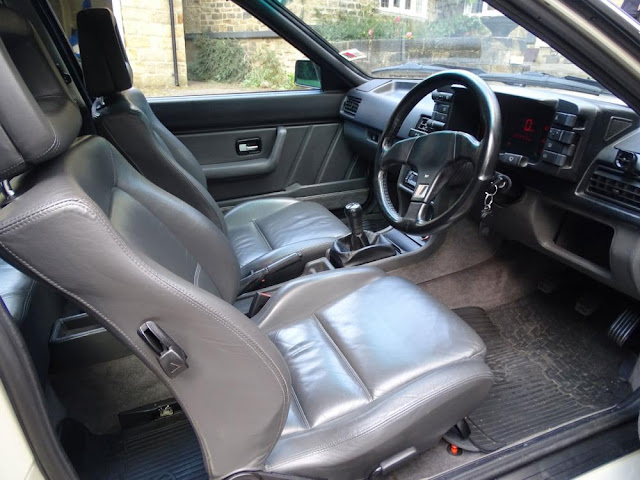 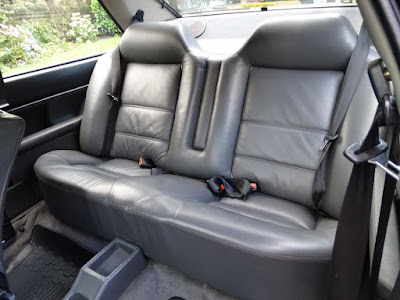 This Quattro 20V in metallic pearl white was first registered on 28th March 1991 when it was collected by the vendor, its first and only owner who was a professor in Yorkshire. One of the final original Quattros (the last left the factory in May 1991), it was supplied by Trust Motors in Leeds who also carried out the first few services. The car was subsequently serviced annually by Independent VW-Audi Centre until 2016 at 32,221 miles, then in August 2019 at 32,252 when it received an MOT valid until 4th August 2020. The car comes with its Audi wallet including service books, manual, press cuttings, brochures, magazine articles, a VHS tape and even a pack of Audi cards and a bottle opener! A large spares package including new tyres, wheels and a radiator complements the car.

The paint and bodywork are both described by the vendor as being in excellent condition, and all original decals - from side pinstriping to the iconic Audi roundels on the doors - remain seemingly untouched. The rear screen, including 'Quattro' script in the heating element, even has a 1994 Le Mans sticker, a reminder of a trip to the famous Circuit de La Sarthe. The white spoke alloys wheels, including a full-size spare, also remain in remarkable condition.

Inside, the car is a time warp. The silver-grey leather seats, orange LCD dash, Pioneer stereo and hand-held fire extinguisher are all very reminiscent of the era and the vendor tells us it is all in excellent condition.

With values of Ur-Quattros having soared in recent years, the chance to buy an original, metallic pearl white, one-owner 20V with superb provenance in 'excellent' condition throughout is an extraordinary prospect and one that will attract much attention. Surely one of the highlights of this autumn's auction scene, early viewing is advised. 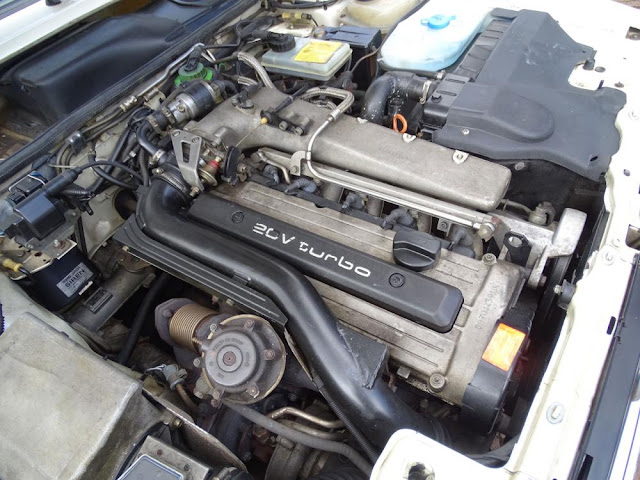 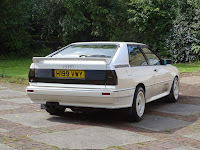 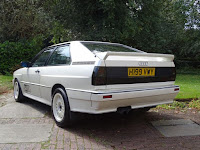 CLASSIC CHATTER
Powered By Dragons
Posted by jeffharris at 19:00