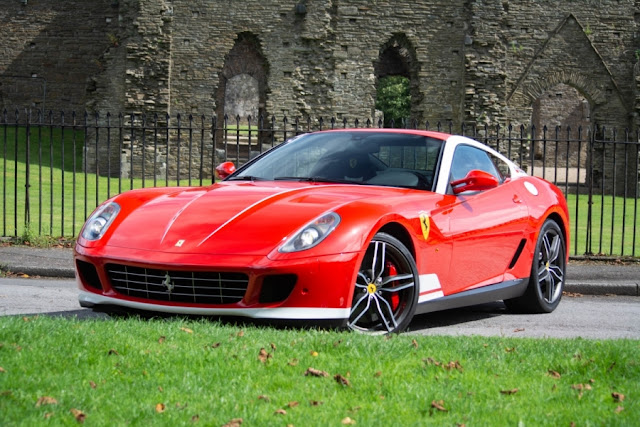 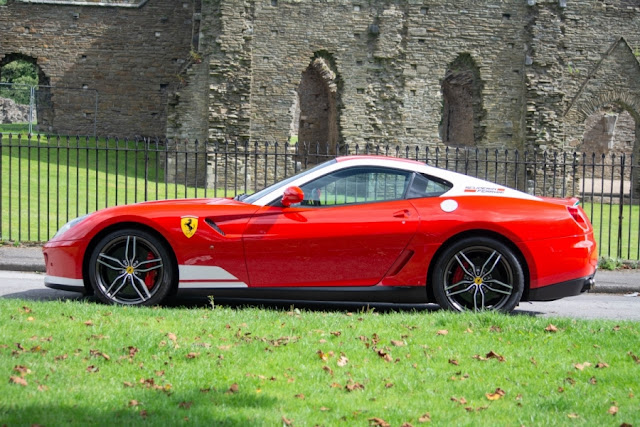 In 2004, Ferrari entered a new era in styling with the mid-engined F430 and followed that success with the front-engined 599GTB in 2006. Dramatic, aggressive and beautiful, the 599’s styling was some of the most harmonious in a front-engined Ferrari since the Daytona, redefining the ideal with a sharply defined shape and organically sculpted details. The cabin’s pronounced rearward placement allowed the 599 GTB’s naturally aspirated, fuel-injected 6.0-litre/611bhp V-12 to be positioned far back in the car’s chassis, resulting in excellent front-rear balance. The optional F1-Superfast 6-speed transmission was designed to change gear in as little as 100 milliseconds, approaching actual F1 levels meaning that the 599 GTB could launch from 0 to 60 MPH in 3.7 seconds and continue accelerating hard up to 205 MPH. Like the Maranello that preceded it, the 599 GTB’s electronically controlled adjustable suspension could be programmed for various driving conditions, but response time was increased almost fourfold with the switch from electric motors to magnetorheological shock absorbers. The 599’s interior was voluptuously sculpted and a wonderful blend of leather and carbon fibre with seats that were clearly inspired by those of the Daytona.
In December 2011, Ferrari announced a special-edition 599 GTB to celebrate 60 years of F1 wins. Endowed with the HGTE-model’s tougher suspension, shorter springs and stiffer anti-roll bars, the Alonso Edition, named after the legendary Ferrari F1 driver Fernando Alonso, was distinguished by a special colour scheme inspired by the 375 Formula One car from the 1950s, combining a red body (Rosso F1 Storico) with white highlights on the side skirts, front bumper and roof, unique 20-inch diameter diamond-finished alloy wheels, and Scuderia Ferrari badging. The interior was also unique with extensive use of carbon fibre and Alcantara-covered Sabelt bucket seats (Recaro in the US) with red and blue harnesses, red stitching and Prancing Horse headrest embroidery. Only 40 of these Alonso Final Editions were produced and, naturally, have disappeared into collections all over the world so rarely come to market.
This lovely example was first registered by Gaudual Sport S.A.S. Ferrari France in June 2012 as a demonstrator prior to being purchased by its first owner in France on 14th February 2013. The service records with the car indicate that it was serviced twice by Gauduel Ferrari on 26th February 2014 at 5,700 km and on 11th February 2015 at 12,509 km.
It was imported into the UK in early 2017 and has remained in our vendor’s significant collection ever since, being used sparingly but nevertheless serviced by Maranello Egham on 31st March 2017 at 13,507km and again by Dick Lovett Ferrari in Swindon on 13th March 2018 at 13,772km. The car has not been registered in the UK and is currently on a NOVA. With one owner in France and one owner in the UK, although never registered in the UK, technically the car is one registered keeper from new.


2012 marked the end of production of the very successful 599GTB and this farewell special-edition is a worthy departure. With only 40 ever built, it’s unlikely that they will appear very often, making this immaculate, 8,000-mile example with a full Ferrari service history, worth serious consideration. 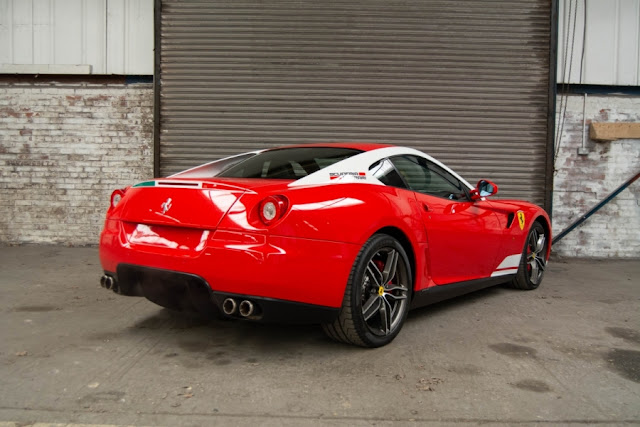 CLASSIC CHATTER
Powered By Dragons
Posted by jeffharris at 14:50