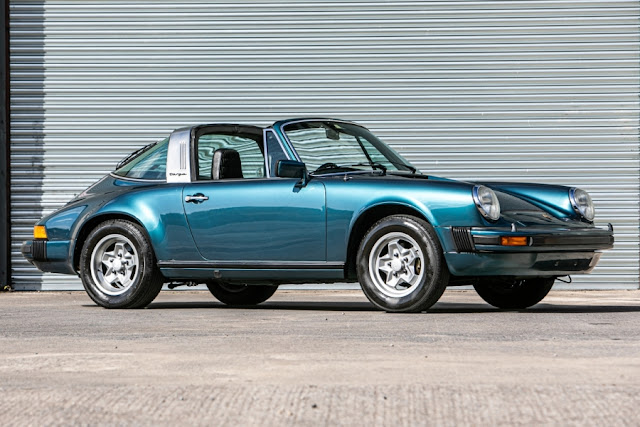 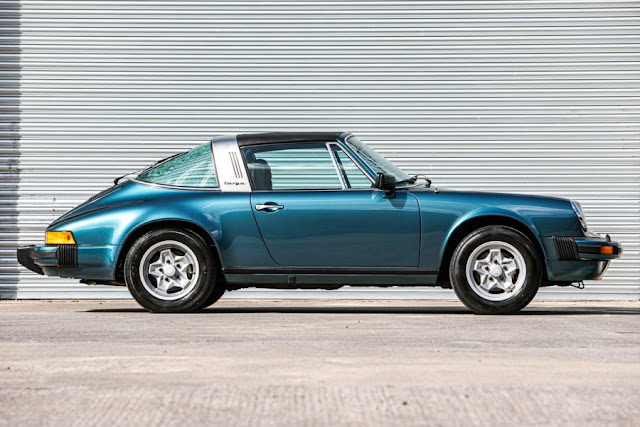 In 1978, Porsche introduced their latest development of the 911, christened the '911 SC', with the SC standing for Super Carrera. Powered by a 3.0-litre six-cylinder engine with Bosch K-Jetronic fuel injection and a five-speed, 915 transmissions, power output initially was 180bhp, later 188bhp and then, in 1981, it was increased to a heady 204bhp. 1979 was the year that Porsche had envisioned that their new 928 would replace the 911 (we are still waiting for that to happen), however, 911 sales remained so strong that Porsche revised its strategy and decided to inject new life into their core model.
This right-hand drive, UK-delivered 1977 (1978MY) 3-litre SC Targa is accompanied by its Porsche C of A which tells us that it was completed in September 1977 finished in Petrol Blue Metallic over black leatherette with pinstripe velours and sitting on ATS cast alloy wheels. It was ordered from new with impact absorbers, headlamp washers, auto heating controls, leather steering wheel, tinted glass and electric windows.
This delightful Targa has covered an incredible 23,975 miles from new in the hands of four former keepers, all corroborated by its MOT history. Within the owner’s file is a summary of maintenance, most of which appears to have been entrusted to marque specialists including Autofarm, Tuthills and Banbury Porsche.
Further documentation and history relating to this remarkable, low mileage SC is available from our Documents Desk at the Sale. 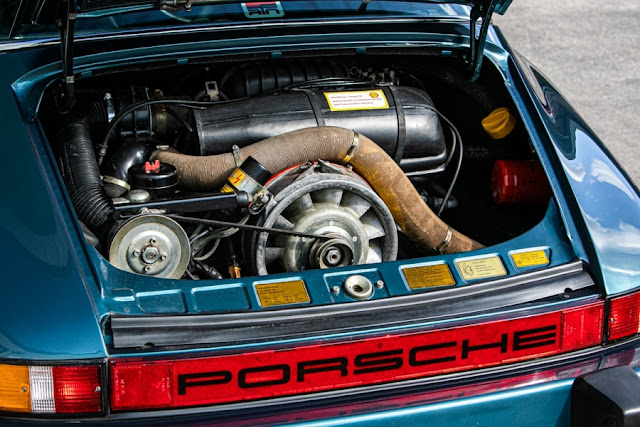 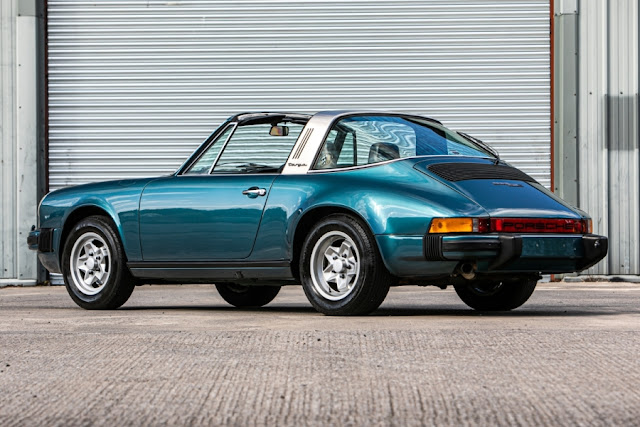 CLASSIC CHATTER
Powered By Dragons
Posted by jeffharris at 22:27