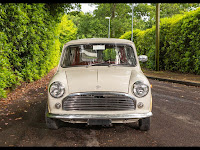 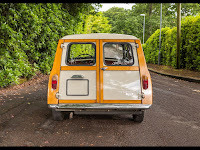 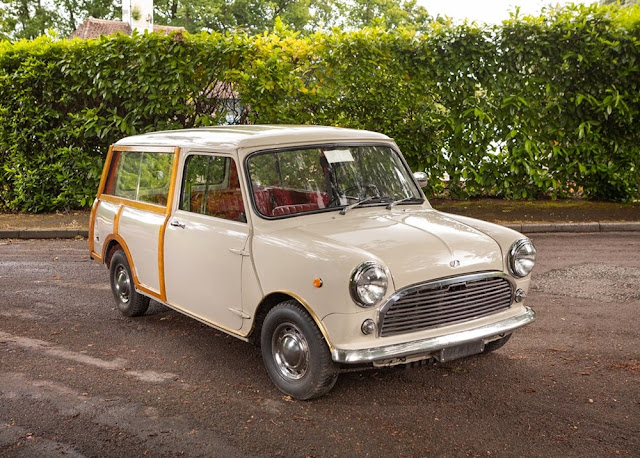 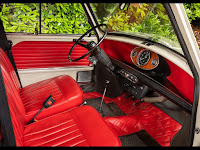 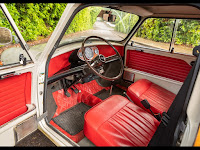 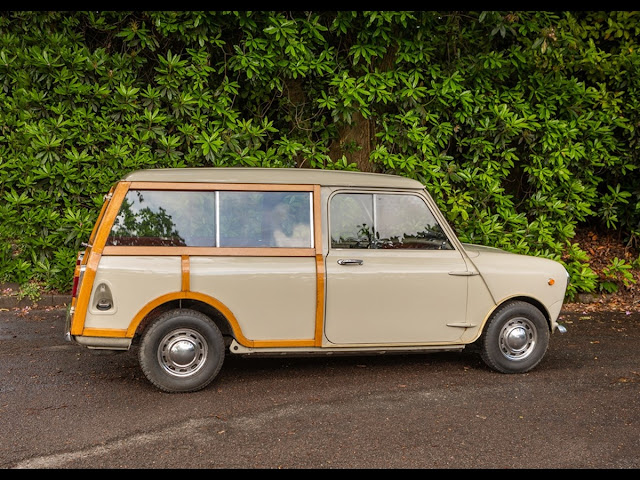 Ferdinand Innocenti’s company started in 1931 as a major steel tubing manufacturer. His patented 'Innocenti pipe' is still used in scaffolding today. After the Second World War, Innocenti was mainly known for their Lambretta scooters until they began production of a license-built Austin A40 in 1960. By 1961, the company was producing other models under license, including the Innocenti Spyder, essentially a re-bodied Austin Healy Sprite. They then built and sold about a dozen different car models, under license, during its automobile production phase but the Mini, first on sale in 1965, was by far its most popular car. Although the Innocenti Mini was much more expensive than the Fiat 850, the Mini was very well accepted and sold in large numbers. The body, Hydrolastic suspension, and even the 998cc Mk. II engine on this 1969 Mini Cooper trim were holdovers from the British version. Otherwise, Innocenti used locally sourced glass, different wheels, electrics, lever door handles, heaters, the three-instrument binnacles, and distinctive grilles. Notice that the labels for the controls are in Italian!
This is a lovely example of this rare model and is presented in cream with a red interior, with its distinguishable wood exterior trim in good condition. The car has spent most of its life in Bologna, Italy and has been dry stored for many years, hence its good all round condition.
The car has had a new head gasket fitted, new radiator, heater control and has just been serviced by the present owner. It will be sold with the new Ministry of Transport test certificate, a new V5 registration document and copies of Italian paperwork which can all be seen in the history file accompanying the car. 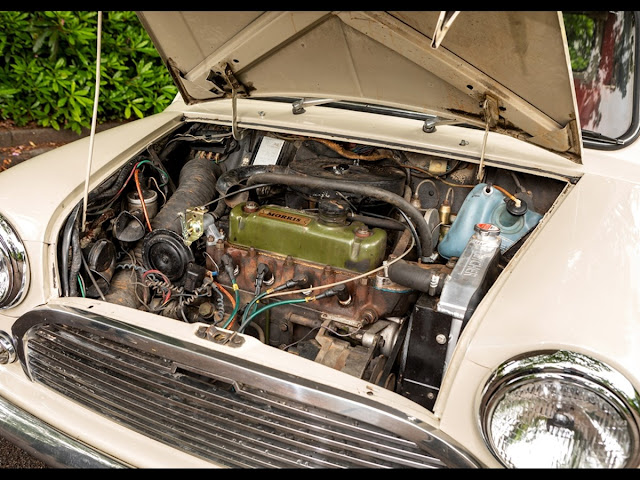 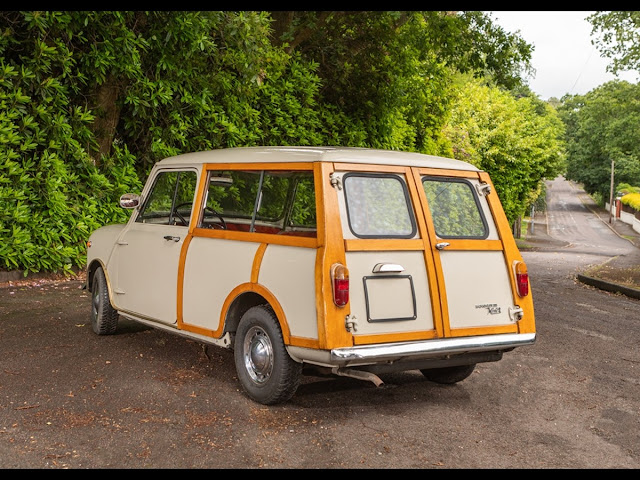