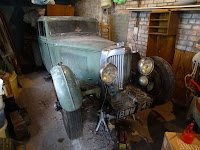 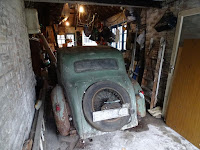 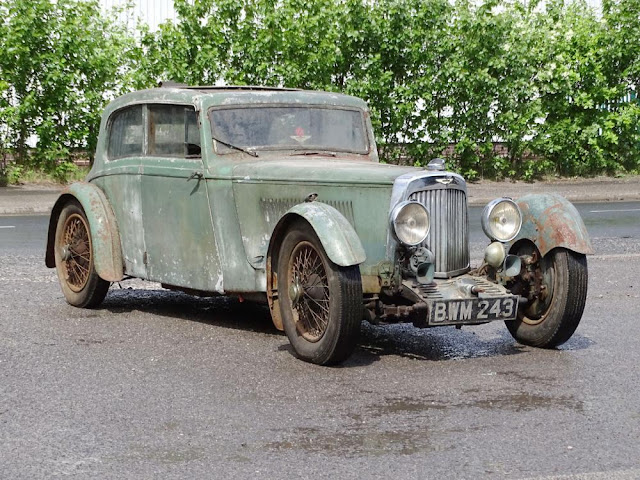 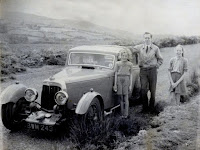 - Much of the car's history is known and documented

Founded as long ago as 1913 and one of the in-vogue marques of today, Aston Martin has a unique history of turmoil and success, from which many great cars have nevertheless resulted. These certainly include the 1.5 Litre MKII cars introduced in the '30s under the helmsmanship of the Anglo-Italian entrepreneur Augustus 'Bert' Bertelli. Offered in two lengths of chassis with a variety of sporting bodies, they neither sold quickly or in any great numbers, but proved highly successful in competition, creating an indelible mark on the record books in the process. The MKII was the final iteration of Bertelli's 1.5-litre series of vehicles, improvements to the chassis, suspension and engine of which made it one of the fastest point-to-point sports cars of its day. It is therefore very exciting that one of just 24 long-wheelbase Sports Saloon versions made has just resurfaced after 50 years in the wilderness. H&H is delighted to bring this mercifully unmolested 'garage find' to market and therefore give some lucky person the privilege of returning it to its former glory.

'BWM 243' was sold new on January 31, 1936, by Watson & Co Ltd of Oldham Street, Liverpool to a Mr W F M Mather of Birkdale, Lancs. As today, it featured Green bodywork teamed with Green leather upholstery. As early as March of the same year it was sold to an R L Bowes of Fairmile, Cobham, courtesy of Winter Garden Garages, London. Almost exactly a year later it once again changed hands, this time to the benefit of a Captain G Fane of London EC3.

There is then a break in the records until July 11 1953, when the car was acquired by a Mr Philip Kenyon of Liverpool for the princely sum of £350 - the bill of sale is included among the paperwork that accompanies this fascinating car. Mr Kenyon was apparently a brilliant self-taught electrical engineer who worked on the development of the first radar systems. Whilst that was his day job, during WWII he was also a member of the Radio Secret Service and most nights he would listen for and write down German Morse code which was, the family understands now, sent on to Bletchley Park for decryption. Mr Kenyon would regularly be accused of being a "fifth columnist" himself by his neighbours due to the very large flag pole at the bottom of his garden which he employed as a mast. He neighbours wondered why the police took no action when they reported him for being a spy.

He employed the Aston as family transport for himself, his wife and their two daughters, and it remained in such use until the late '60's when a handbrake cable broke and the owner decided it was no longer a practical mode of family transport The car was then retired to the garage alongside his house. The paperwork included with the sale also includes what possibly are the last insurance certificate and last Ministry of Transport Test Certificate dated 14 May 1967 and 7 May 1965 respectively. An "Instruction Book" dated 1 May 1953 and "Registration Book" from 1961 is also included.

At his death in 1997, ownership of 'BWM 243' passed to his elder daughter, by then Mrs Ann Marks, who, recognising how the car had deteriorated in what had not been the most waterproof of buildings, had it moved to drier, warmer storage at her own premises, which is where it has remained until now. Mrs Marks passed away in October 2016, at which point title switched to her husband, Neil, in whose name the car is currently registered.

Aside of the evident deterioration, this splendid motorcar is now offered exactly as it was laid up by Mr Kenyon almost 50 years ago - a true time warp find, capable of exciting even the most hardened of classic car enthusiasts. It is fondly remembered by Mr Kenyon's youngest daughter, Joan, who vividly recalls travelling in the back of the car while her father negotiated the passes of the Lake District at speed. A once in a lifetime opportunity for collectors everywhere. 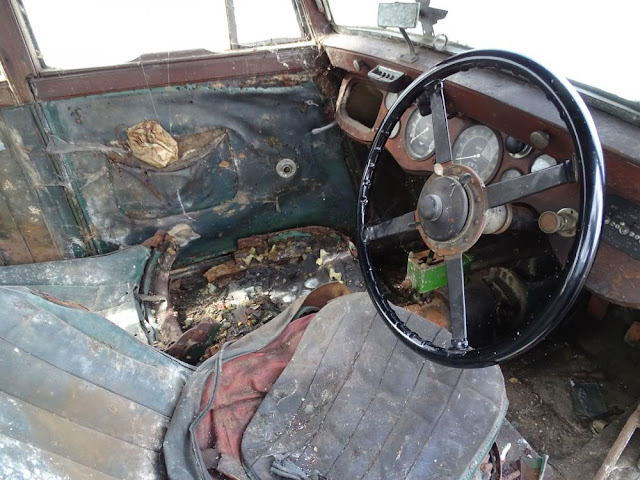 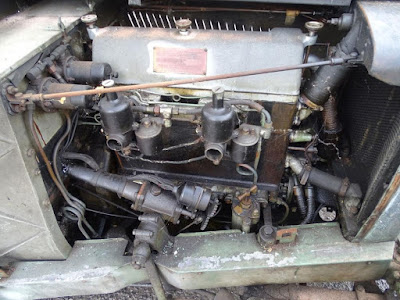 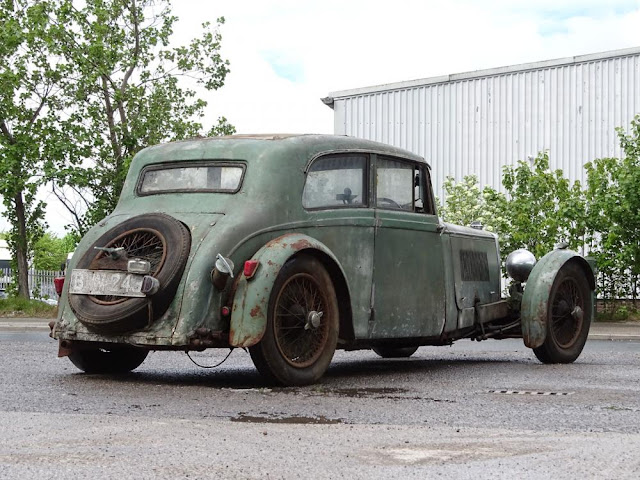 CLASSIC CHATTER
Powered by Dragons
Posted by jeffharris at 20:13