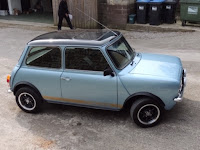 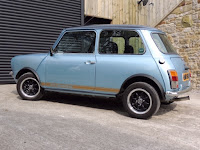 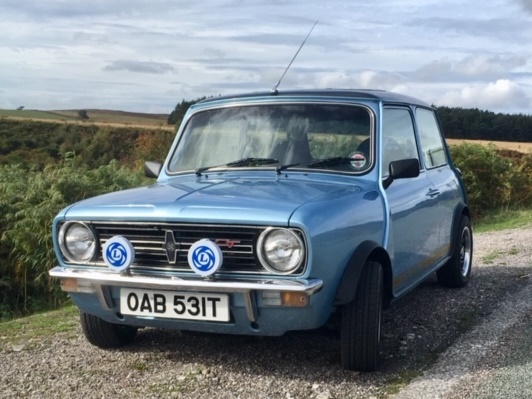 This car is a genuine 1275 GT, it has had three owners from new. The first owner, a doctor's wife, retained the car for two years until it was acquired by the second owners in 1981 and restored by them during the 1990's. At that time it was fitted with Cobra bucket seats and a Mountney steering wheel. The engine was stripped and rebuilt after a re‑bore with new  pistons, MG Metro cylinder head, fast road cam, a 1.3/4 inch SU carb and a long centre branch exhaust which the vendor later replaced with a large bore centre exit type. It was purchased from the second owners after it had been laid up in their garage for around seven years. The vendor set about getting the car back on the road, costing around £6,000, using a classic Mini specialist in Sheffield to carry out the work which included repairs to the boot floor along with the front and rear valances. The engine was removed to paint the bonnet area, new cones and Hi/Lo's fitted, new discs on the front, head skimmed, new gasket
fitted, engine and ancillaries refinished/painted as required and new radiator cowl fitted. The vendor did paint the roof black but the rest of the car is in its original colour of BL Denim blue. Black and silver minilite style wheels were fitted, although the silver ones will also come with the car. It comes with receipts from the previous ownership until recent, original handbook, brochure and MoT history dating from 2008 to 2009 and 2013 to 2018. The mileage is warranted at 72,347. 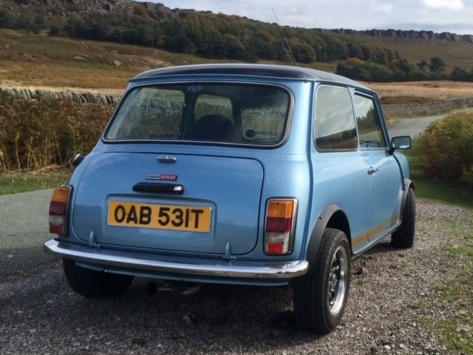 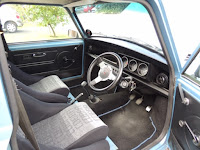 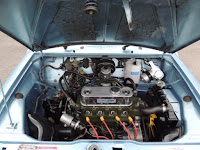 CLASSIC CHATTER
Powered by Dragons
Posted by jeffharris at 18:28