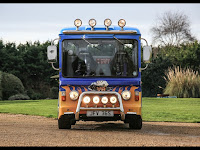 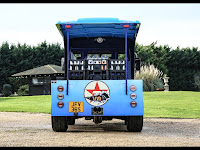 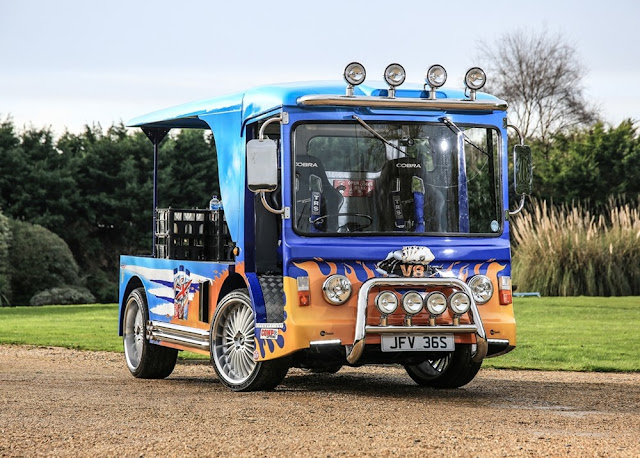 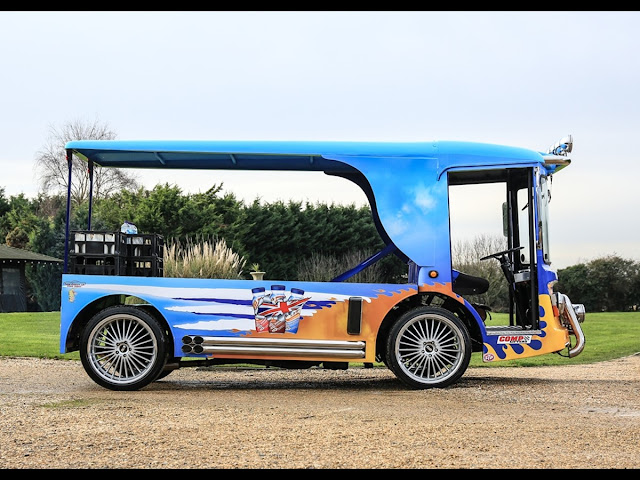 The humble milk float, trundling through our towns and cities with their quiet electric motors delivering bottles of milk before we wake for the day, this was a common sight in the 60s, 70s and 80s but capturing sight of a milk float today is as rare as finding an honest politician! So what has become of our Great British milk floats? Some can be found in museums, some have unfortunately met their end and a few are still in service, however, this one has been lightened, converted and now houses a 4.2 litre, fire breathing V8......

The Crompton milk float was originally the Morrison-Electricar formed in 1933 and first built for use in a bakery. After a turbulent history, the company ceased to exist when it was sold in 1983, during its time however the company went through a series of amalgamations with the electric vehicle business and became Crompton Leyland Electricals Ltd. In 1972 when British Leyland sold their share of the business to Hawker Siddeley, the company became Crompton Electricars Ltd.

This Crompton started life with a maximum speed of approximately four miles per hour, however
after being approached by Weetabix, Pete Walters of BHP Bodycraft commissioned Mark Walton to strip it down and insert a Rover V8 engine, they wanted to beat a current world record for milk float top speed which had been held by Touring Car Champion Tom Onslow-Cole since 2012.

Cereal giant Weetabix was looking for a marketing opportunity to launch a new product and took on sponsorship of the project in 2013. They enrolled ' BHP Bodycraft ' to create this beast with a no expense spared budget to enable them to take the world record for the world's fastest milk float, thus the Weetabix branded float was booked to tackle Silverstone in order to beat the 77mph record.

The engineer in charge of the project, Peter Walters, believed the float could reach 100mph but upon test runs it was clear the aerodynamics hindered the considerable power, noted at over 300bhp. Fully road legal and with a set of 22" BMW wheels, the float was taken to Silverstone where England cricketer Stuart Broad undertook the first attempt to break the world record but to no avail. Not deterred, the engineers set to work and on 25th June 2014, World Rally GB Class driver Rob Gill broke the world record in this float, at Bruntingthorpe Race Circuit, with a recorded speed of 84.556mph. With recent thoughts turning to the first 100mph milk float; the original 3.5 litre Rover V8 engine, that had been racing tuned as a development engine for TVR and bored out to 4.5 litres by none other than John Eales has been considered for a possible nitrous oxide kit in order to achieve such a feat. Mark Walton, the man responsible for the build has expressed he would welcome any discussion with a new owner, should they wish, as he knows every nut and bolt of this milk float, a golden opportunity should you wish to tackle beating the current record.

Turning heads would be an understatement, offered with V5 registration document and Guinness World Record Certificate, this road legal example has an MoT test certificate valid until August 2018 and the addition of a flamethrower (just in case a V8 powered milk float did not grab enough attention). This milk float is still the current record holder and now provides any new owner with the chance to create his own world record by simply giving the bespoke built development TVR, V8 a NOS boost, should they be brave enough. This Crompton will likely entice all sorts of event invites and sponsorship
opportunities, the sound alone is incredible. Valued at over £50,000 we believe it is worth every penny. 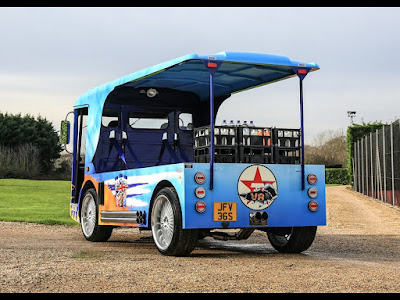 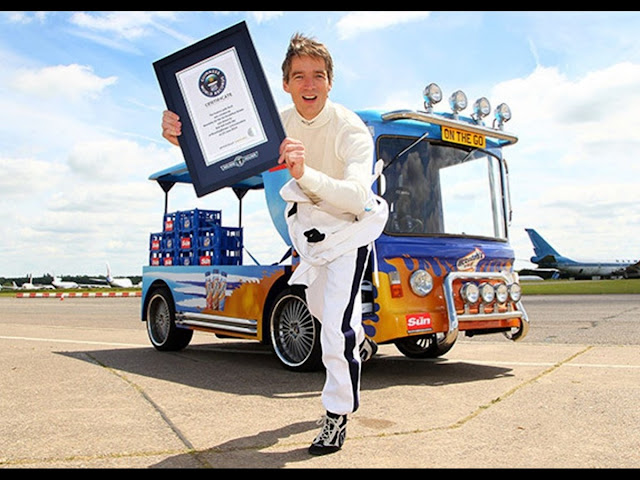 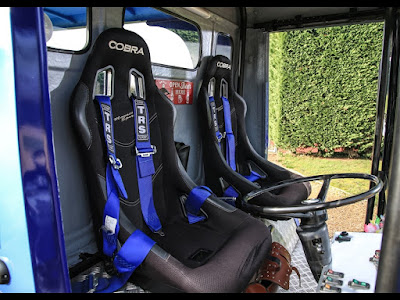